Features
The Tchaikovsky Competition XVI
Brilliant But Not Without Snafus
by Janet Horvath July 27th, 2019 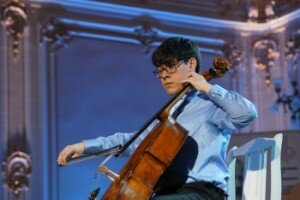 The Tchaikovsky Competition, the Olympics of music held every four years, is arguably the most important competition for young musicians between the ages of 16 and 32. The major monetary prizes are but a small part. The winning candidates are offered performing engagements, and the entire competition is livestreamed world-wide by medici.tv, which can lead to worldwide recognition. Previous prize-winners have gone on to big careers.

Of the vast amount of repertoire to be prepared some is required. Other choices of repertoire involve careful consideration, weighing the artists’ own predilections, the challenges when under fire, and exemplifying a variety of styles. This year was the first year a woodwind and brass competition was held in addition to piano, violin, cello, and voice. Talk about a logistical nightmare!

My attention was drawn to the cello category, naturally, and the standards were amazingly high. Twenty-five candidates competed. Imagine whittling this number down when each performed at such a high level. I trusted the jury, a who’s-who of my favorite cellists, (no pressure!)—Sir Clive Gillinson, Mario Brunello, Jian Wang, István Várdi, Karine Georgian, Ralph Kirshbaum, Mischa Maisky, Daniel Müller-Schott, Truls Mørk, Sergei Roldugin, Jan Vogler, Tsuyoshi Tsutsumi, and Myung-Wha Chung.

Each competition has three rounds. In round 1 the young people had to prepare a 40 to 50-minute recital including the Prelude and Sarabande from either the 3rd. 4th, 5th, or 6th Bach Solo Suites; Pezzo Capriccioso by Tchaikovsky, a Piatti Caprice, and a work of the performer’s choice. The 12 semi-finalists had to play either a Beethoven, Schubert, Brahms, or Martinů Sonata, a virtuoso piece, and a work of their choice. Then for the finals 6 cellists each performed Tchaikovsky Rococo Variations followed by their featured concerto, performed with orchestra. 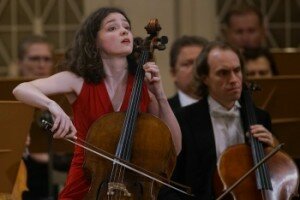 There was exceptional playing to be sure, such as Anastasia Kobekina’s semi-final round especially her rendition of Igor Stravinsky, Suite Italienne for violin and piano from the ballet “Pulcinella” arranged for cello by Gregor Piatigorsky, and a fabulous Popper Elfentanz. Santiago Cañón-Valencia’s recital was remarkable. Variations on a Theme by Paganini for solo cello by Hans Bottermund arranged by János Starker was a feat of perfection. In fact, his playing throughout was immaculate and brilliant.

For me, the first prize winner Zlatomir Fung stood out from the very beginning. Only 20 years old, his selections showed a versatility, imagination, and admirable daring. One could sense how much thought and research went into his program. He didn’t shy away from avant-garde works or pieces by lesser known composers, going for a comprehensive presentation rather than merely safe or popular works.

In the first round, for example, in addition to a wonderful and tasteful rendition of the Bach Suite No. 3 Prelude and Sarabande, and Pezzo Cappricioso, Fung played Scriabin’s Poem op 32, No 1, arranged for cello by Gregor Piatigorsky, a lovely romantic work, Elliot Carter Figment No. 1 for cello solo, indicating his affinity for music of our time with a nod to a prominent American composer, followed by Five Pieces on Folk Themes for cello and piano by Georgia’s most prolific composer Sulkhan Tsintsadze. 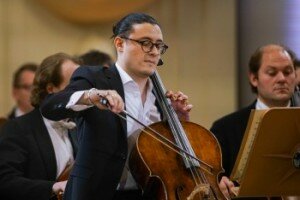 Fung’s semi-finals began with a breathtaking and cool piece by Luciano Berio: Sequenza XIV for solo cello. The cellist created his own percussion section by tapping on the body of the cello with the right hand, while playing notes with the left hand—plucking, and sliding on the fingerboard. It took tremendous coordination to place the bow behind his cello to do that, then recover the bow for some new effects, ponticello sounds (playing virtually on the bridge for a ghostly, scratchy, dense sound), snap pizzicatos, and sometimes slapping the strings with his right hand and producing fantastic slides up the fingerboard with sudden eerie-sounding tremolos in the bow. The score called for the performer to return several times to tapping the cello, mimicking the rhythms played by the left hand. Fung played this piece with panache never hesitating to make abrasive or fierce sounds. It was a daring choice of repertoire to play.

What followed, by the Russian composer Anton Arensky was another piece unfamiliar to even cellists—again choosing a work representing the nationality of his audience—Four Morceaux for cello and piano op. 56—moody, lyrical, love-song-like. It was refreshing to hear rarely played music and it was quite beautiful. Fung’s gorgeous sound and breadth of interpretation in the Brahms Sonata No. 1 in E minor would be notable from a much more seasoned performer. Certainly, his versatility was magnified by his no-holds-barred Papillion by Fauré.

Second prize winner Santiago Cañón-Valencia’s repertoire selections were less interesting, although his playing was truly remarkable. I thought he might have shown more variety. He chose Shostakovich Sonata for the second round and Shostakovich First Concerto in the finals. I found his playing unblemished but controlled and careful, which sometimes one can’t help in a competition.

Fung showed courage and conviction in the finals. Other contestants performed the tried and true concerti— Dvořák, Shostakovich Concerto No 1, Sergei Prokofiev Sinfonia Concertante and Elgar. Fung played the Shostakovich Concerto No. 2, a late work, written for Rostropovich, and premiered by him on Shostakovich’s 60th birthday. It’s a less accessible piece—a work sardonic, thorny, and brooding in nature, and it begins and ends softly. Several cadenzas feature the solo cello with percussion—the bass drum, the xylophone, and the tambourine. Fung captured the dramatic, somber, and manic moods of the piece. This was not merely a competition presentation. I was completely drawn in to this mesmerizing performance. His profound depth and artistry was magical.

There were some snafus. Two pianists dropped their medals during the award ceremony. During Anastasia’s Elgar Concerto, the flutes came in early and the piece almost ground to a halt! Fortunately, it did not throw her. This happened to Santiago too. In the first movement of the Shostakovich Concerto the horn player got off during the famous solo and Santiago had to skip ahead but the epic snafu occurred to Chinese pianist Tianxu An. He thought he would begin with Tchaikovsky Piano Concerto No 1. The orchestra launched into Rachmaninoff’s Rhapsody on a Theme of Paganini. An had three notes within which to make the switch. With a horrified look on his face he leapt in just in time.

A competition is not the only way to a significant career and selections of winners is always subject to the taste of the jury. Hopefully in four years there will be more women winners and jury members. You can sample some of the other stellar performances here and on medici.tv.