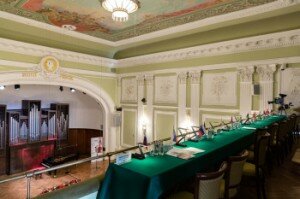 Eleven days (June 17th to 27th) of complete immersion in the 2019 International Tchaikovsky Competition, enduring palm-sweating, heart-racing, and adrenalin-pumping conditions, while witnessing an array of ultra demanding repertoire mastered by especially fine musicians all day – that is my idea of total bliss!

The two gala concerts (June 28th & 29th) in St. Petersburg and Moscow offered immense elation and jubilation. Results had been disclosed – no more suspense, speculation, or anxiety, simply exhilaration (and some surprises)! All events in the entire competition were widely broadcasted by medici.tv to tens of millions of viewers around the world – an opportunity for all contestants (228) to exhibit their talents and life-long dedication to music. They have become part of the competition’s history.

Firstly, we are always curious which countries the winners came from. Contrary to general skepticism, the winning circle is not overly saturated with Russian names. First prize winners are as follow:- 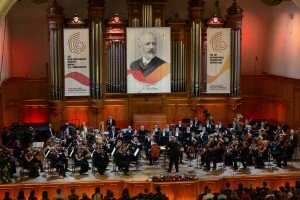 The above list proves that superlative musical standards and exceptional pedagogy prevail in all corners of the world. This competition evidenced vast geographical and cultural diversity in its representation of outstanding participants and jury – a tribute to globalization of music.

Emergence of the internet indeed enhanced the availability of classical music, and promoted its increasing popularity to a multinational population. However, it also eclipsed our habits of appreciating and learning music. Gone are the days when we would mull over scores of composers, seek out background knowledge, apply fully our analytical skills and past experiences to formulate ideas, then allow our imagination to foster, and rely on our instincts to mature into authentic interpretations. Now, all we need to do is search the internet, scroll through youtube and other webcasts to locate some readymade, perfected or “tested and won” versions to emulate or reproduce. With so much information at our disposal, it is no wonder that the importance of original thinking and genuine sensitiveness have been severely diminished. We often hear venerable maestros lament the fact that this new crop of popular artists espouse too much “sameness” as they follow and copy each other on the internet. They may astound in terms of formidable technique and exquisite sound manipulation, and yet are missing large chunks of a certain intangible “something”. Similarly, excessive make-up and stylish fashion may glamourize from outside in, but surely cannot substitute for true intrinsic beauty. 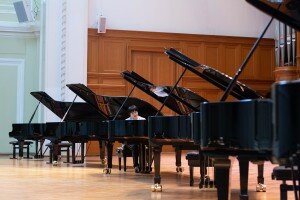 Questions about the future prospects of these winners at such high profile competitions are usually:- What next? Will successful careers blossom from these coveted prizes? Will these stars continue to excel when catapulted to the stratosphere of the “real” world?

When interviewed, Martin Engstroem (founder/director of the Verbier Music Festival and former Deutsche Grammophon executive) opined that few artists nowadays can rely on competitions to launch their careers. The responsibility rests in themselves. “The key is all about communicating with others. It is vital to engage the public, present oneself in the best light and be aware of whom you are playing to – the audience or himself/herself.” His message is that the winner has to be prepared to embark on a career immediately, therefore must have had mastered mental and emotional toughness, comprehensive experience, skill sets, repertoire, professionalism, versatility, confidence and depth of intelligence to project a professional presence. It is also advantageous to be fluent in English, adept in social networking, as well as articulate in interviews. A positive image (via branding) is a must. What a tall order! 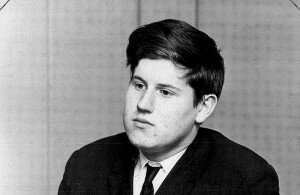 The film maker Bruno Monsaingeon who has to his credit numerous prize winning documentaries featuring the most brilliant artists of our time – Glenn Gould, Sviatoslav Richter, Grigory Sokolov, to name a few – expressed his reservations about the notion of music competitions. He claimed that this deplorable mentality: “I am there to kill off all rivals”, is anti-music, and endangers the epitome of artistry. According to him, the winner must be relentlessly “disciplined and scrupulous”, yet simultaneously, “honest and natural”, signifying that he or she may very well have to be a genius! He advocated that music, in its purest, unadulterated form, should be the first and foremost consideration in any judging process. 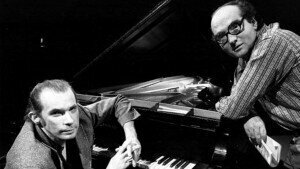 Secondly, the caliber of this jury in all categories is undoubtedly the best anyone can wish for. The dream team comprises some of the most revered names in the international arena, who are also highly esteemed pedagogues and seasoned jury members. Their adjudication reflects not only superb expertise, open-mindedness and objectivity, but best of all, sublime wisdom. Here is a glimpse of what they look for in a winner:-

Luminary pianist and pedagogue, Menahem Pressler, had this advice for contestants: “Great talents always attract us…..Just show the insides of you!” Indeed, rare talents have “special sparkles”, which will ultimately shine through and profoundly impact their audience.

Another piano judge Piotr Paleczny echoed that sentiment: “Remember, expression originates from the mind and imagination…..Personality is important…..Interpretation must be interesting…..Richness and beauty of every note must be communicated”. However, he also warned that with some candidates, forte was closer to noise, as “extra kilograms into the notes” were added. Ingenuity in musicianship trumps virtuosity!

Violinist Dmitry Sitkovetsky referred to the importance of gauging one’s sound quality in different halls. The first two rounds of the competition are usually held in more intimate settings, but the concerti finals in substantially larger venues. The ability to project is totally transparent. Under pressure in a magnificent hall, an understated personality can be dwarfed, and in a contained space, an inflated personality may overwhelm. Indeed there were certain pianists I was impressed with in the first two rounds, but disappointed in the final round, and vice versa.

Cellist Jian Wang, whose insights I have always respected, made this comment: “We the jury know within seconds of playing, what level of technique (and potentiality) the contestant is at, even though the public doesn’t know…..If someone touches our hearts, we will always remember, and will be alerted to the fact that we are in the presence of greatness, and that we have discovered the grandmaster of tomorrow”!

After watching endless interviews with the judges of all instruments, and wrecking my brains to grasp their criteria for identifying rare “greatness”, I was baffled by their choice of the ultimate honour in this competition – Grand Prix – to French pianist Alexandre Kantorow. Considering there were only three recipients in their long history (since 1958), I was expecting someone much more spectacular – one who could be elevated to a “grandmaster” level. However, it may take more than a single achievement to determine one’s lifelong destiny.

Thirdly, there was a regrettable incident that generated unfavourable media exposure for the competition administration. Pianist An Tianxu from China encountered an unfortunate mishap in the finals, when the orchestra reversed the order of his two concerti, which resulted in an instantaneous and frantic adjustment on his part to the error. Viewing the video multiple times (as it had gone viral on the internet), I frankly deemed his recovery ingenious. It clearly demonstrated the depth of his musical constitution and his substantial strength of character. I wonder whether someone else would have protested on the spot, and halted the performance to right the wrong, causing disruption to the concert. Denis Matsuev, the chair of the piano division, lavished praise on the 20 year-old for his courage and self-confidence, and the competition compensated him with some sort of award. Personally, I found that compliment misplaced. What was honourable, was his resilience and humility, his graciousness and gentility, rather than his bravery. After all, this was not a combat zone, but a cultural event, and such refined decorum reflected his respectability and courteous manners, essential to the dignity of musical pursuits. In the end, I think An Tianxu’s good breeding won.

Fourthly, I wish to share some “food for thought” from my conversation with Jian Wang after the competition about his philosophy. These quotes from him indicate how difficult it is to sustain the loftiness of artistry and yet fairly bestow merit on the most deserving competitors:- 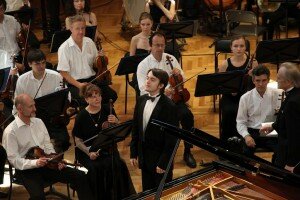 “As a jury member, I have noticed it is quite hard now to find a candidate who performs consistently in all the rounds…..We hear quotes from the great masters in their playing, yet there is no philosophy…..Sometimes we find one whose music comes from within, delivers a message that is true to himself or herself, and while the performance is not always shiny and impressive, the philosophy is whole and consistent…..not a random collection of beautiful snapshots of the world. What is created, is a world of his or her own, and we are drawn into it. This is the kind of musician I am looking for in a competition.”

“For me the most important quality to win a competition, right or wrong, is sophistication. A candidate who is most able to present his or her music in the most polished and sophisticated way wins. However, many times a bonsai is far more sophisticated than a giant pine tree sapling. But, if the sapling does grow up tall and strong, which one will we prefer? That’s the question and problem of music competitions.”

“The Tower of Pisa is beautiful – its fragility and timelessness evoke special emotions in me…… However, to a professional architect, it’s a giant failure. Who is right? Does it matter?”

Last but not least, the real beneficiaries were music lovers worldwide, who had the privilege to relish such enviable experiences provided by the crème de la crème. It was Medici TV who made it possible for us musical “comrades” in close to two hundred countries (some remote) to unite. This is definitively a massive “win” for classical music!