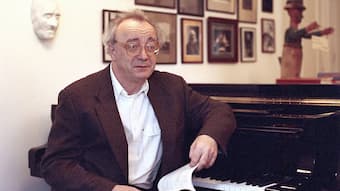 It’s hard to believe Alfred Brendel turned 90 at the start of 2021. He’s been a part of my musical landscape since I was a teenager, when my mother, who was a great fan of Brendel and admired him in concert, and on LP, bought me a copy of Schubert’s Impromptus and Moments Musicaux to learn – music which has remained central to my own piano journey for 40 years.

A highly regarded pianist whose performances and recordings of the core of the classical canon – Haydn, Mozart, Beethoven, Schubert and Liszt – are considered amongst the finest, Brendel retired from the concert platform in 2008 to focus on writing and lecturing. In addition to his impeccable, tasteful playing, his erudite and engaging writing on composers, music and the exigencies of the pianist’s life is intelligent and considered, the result of a lifetime spent in music.


What follows are just a handful of quotes from Alfred Brendel which offer some useful food for thought for musicians of all ages, whether amateur, student or professional. 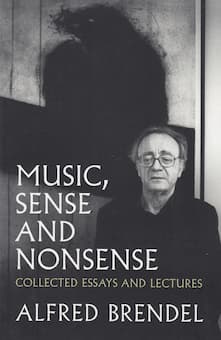 “If I belong to a tradition, it is a tradition that makes the masterpiece tell the performer what to do, and not the performer telling the piece what it should be like or the composer what he ought to have written.” (Brendel interviewed on the BBC)

Fidelity to and respect of the score are the fundamentals of learning and performing music.

The score is the performer’s “road map”, with “signposts” to guide tempo, mood, expression, articulation, dynamics. These markings are also the composer’s personal “signs”, indicating and illuminating how he/she envisaged the music. At a simplistic level, these markings tell us “how to play the notes”, and we ignore them at our peril. Sometimes we have to make considered judgements in order to balance fidelity to the score with, for example, the possibilities offered by the modern instrument; such judgements are based on musical knowledge and experience. So while adherence to the score is fundamental, equally it is not the composer’s last word, as it were, and the score thus provides a jumping off point for interpretation, allowing the performer to bring their own personality and experience to the music and create performances which offer insights into the music while also remaining faithful to the text.

Brendel’s quote is also an important reminder to keep the ego in check when we play, so as not to obscure the music. 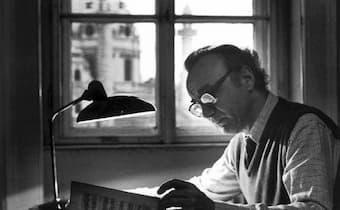 “Recordings…have helped me to be better aware of my playing, to control it and listen to it more precisely”

Here Brendel is talking about listening to his own recordings. Recordings are a very useful tool in practising, offering the musician an opportunity for self-critique, reflection and adjustment. And returning to recordings after a period of time, perhaps years in the case of Brendel, can also be enlightening as they offer a snapshot of where one was in one’s musical development/career and an opportunity to consider how one’s playing may have matured over time.

“It should not be the purpose of listening to a number of recordings of a piece to observe what others have done and then play it differently to all of them because it’s me! The other end is to copy a performance that one loves as much as possible – one can learn from it….The most important source of performance is still the score.”

Listening to recordings by others of the music you are working on is another useful practice tool, offering ideas about presentation, tempo, articulation and interpretation. As Brendel says, we should not seek to copy the great performers – imitation can sound contrived and artificial and anyway no one could truly imitate great pianists like Cortot or Argerich, for example. Equally, we should not seek to be different for the sake of our ego, but rather seek to be authentic and honest in our approach to and performance of the music. This also, neatly, comes back to Brendel’s comment about the importance of fidelity to the score and placing oneself at the service of the composer and the music, not one’s own ego.