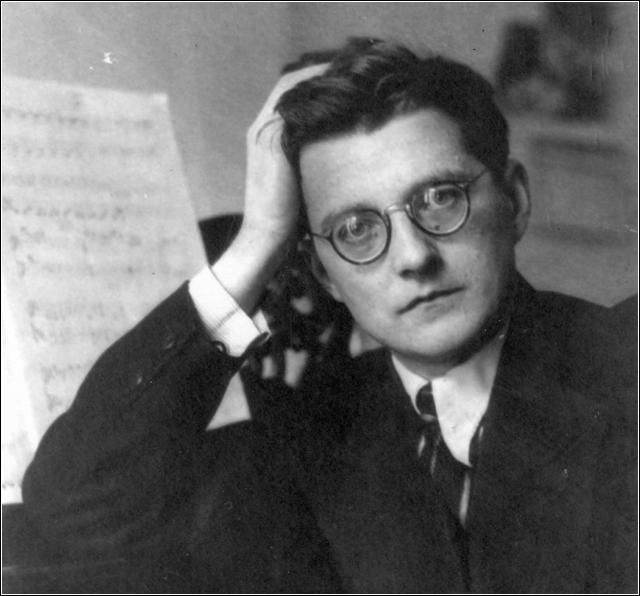 In 1935, Benjamin Britten spoke rather despairingly of the musical scene in the 20th century. “The real musicians are so few & far between, aren’t they? Apart from Berg, Stravinsky, Schoenberg and Bridge one is a bit stumped for names, isn’t one! Only as an afterthought he added, “Shostakovitch-perhaps-possibly.” In 1936, Britten attended a concert performance of Shostakovich’s opera Lady Macbeth of the Mtsensk District, and commented, “There is more music in a page of Macbeth than in the whole elegant output of contemporary British composers. The satire is biting and brilliant, and it is never boring for a second even in this concert form.”

During his American years, between 1939 and 1942, Britten collaborated with W. H. Auden on a quintessential American topic, the operetta Paul Bunyan. Combining an eclectic mixture of musical styles and manners, the work addresses social conscience, which had played a dominant role in previous collaborations, in the loosely politicized tradition of the American Musical. The operetta failed dismally at the New York premiere in May 1941 and had to wait until 1974 before it was revived at the Aldeburgh Festival. Although Paul Bunyan remains Britten’s most lyrical score, the influence of Shostakovich in the chorus sections is unmistakable.

Britten met Shostakovich face to face only in 1960, when the Russian composer attended the London premiere of his First Cello Concerto. Britten was overwhelmed, and Shostakovich reports “Britten bobbing up and down like a school boy, even nudging him with happiness at the music.” There is much debate as to what exactly inspired Shostakovich to write this concerto in the first place, ranging from the vicious attack of the Soviet government on the poet Boris Pasternak, to the failed and bloody 1956 Hungarian Revolution against its Stalinist government. Whatever the case might have been, the concerto is fraught with enormous technical difficulties and emotionally uncompromising, even to the point of being abrasive. 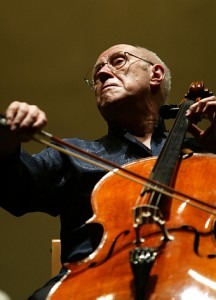 Shostakovich wrote the work for his friend Mstislav Rostropovich who premiered the work on 4 October 1959 in Leningrad, and he also featured in the performance attended by Britten. Britten was introduced to Rostropovich after the concert, and thus began a friendship and professional collaboration that lasted until Britten’s death. In fact, Rostropovich pleaded with Britten to write him a piece for cello, and the composer produced the Cello Sonata, Op. 65 in 1961. Since Britten had never written for the cello, both artists were rather nervous before their first rehearsal. According to Rostropovich, it required “four or five very large whiskies” before they could begin. “We played like pigs,” he said, “but we were happy.”

In due course, Britten would also compose the three Suites for solo cello — a direct succession from the Six Bach Suites for solo cello — the Tema Sacher, and the Symphony for cello and orchestra, Op. 68 for Rostropovich. Through Rostropovich, Britten maintained contact with Shostakovich, and together with Pears traveled to Russia several times. Shostakovich was profoundly affected by Britten’s War Requiem, and recognized it as “a profound work of conscience.”

Shostakovich would dedicate his Symphony Nr. 14 to Britten, and Britten reciprocated with The Prodigal Son. In a 1968 interview Shostakovich was asked what attracted him to Britten. He replied, “the strength and sincerity of his talent, its surface simplicity and the intensity of its emotional effect.” Britten according to Shostakovich “possesses the loftiest aspiration any composer could harbor.” Whether you like or dislike Britten’s music, it is certainly difficult to argue with Shostakovich’s assessment.