About Meet our contributors
William Cole 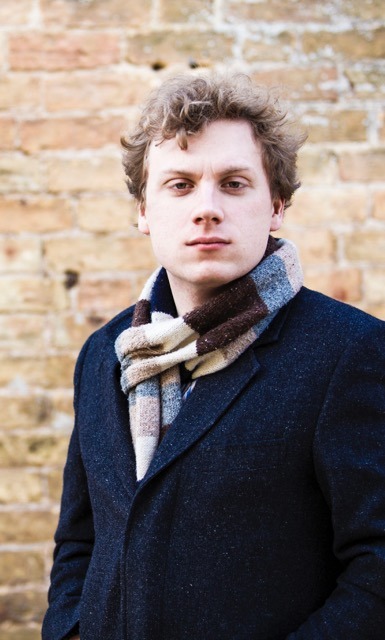 The thrushes sing as the sun is going,
And the finches whistle in ones and pairs,
And as it gets dark loud nightingales
In bushes
Pipe, as they can when April wears,
As if all Time were theirs.
These are brand new birds of twelvemonths’ growing,
Which a year ago, or less than twain,
No finches were, nor nightingales,
Nor thrushes,
But only particles of grain,
And earth and air and rain.

William Cole was born in London in 1990, and read Music at Clare College, Cambridge where he graduated in 2013 with double First Class Honours. In September 2015 William will begin an MMus in Composition and Conducting at the Royal Academy of Music.

Recent performances of William’s work have been given by the Britten Sinfonia, Ian Pace, The Hermes Experiment, Peter Sheppard Skaerved, the choirs of Clare College, Cambridge and Gloucester Cathedral, the Cambridge University New Music Ensemble, and the Hampshire County Youth Orchestra. Festival appearances include the Ludlow Festival of English Song, L’Aura des Arts, Nonclassical, and the Three Choirs Festival. Winner of the 2013 John Sanders Memorial Competition and 2014 Philip Bates Prize, his works have been heard at venues across the UK and in America and broadcast on BBC Radio 3. William is one of today’s youngest published composers, with his choral music published by Encore Publications.

William holds conducting positions with young opera company Opera Lyrica and multi-genre club night Filthy Lucre, and is Trainee Conductor of the Goldsmiths Choral Union. He has also worked with the Melos Sinfonia, Gestalt Arts Collective, Hampshire Sinfonia, and all the Cambridge University ensembles in a broad range of orchestral, operatic and choral repertoire, and has also worked as assistant to Sir Roger Norrington, Stephen Cleobury, and Martin Yates. He has a particular interest in contemporary music, and has given performances of music by composers including Tansy Davies, Vivier, Scelsi, and Romitelli (UK premiere of ‘Lost’) and many new works by young composers.

William is also active as a pianist, with recital partners including Stephen Varcoe, and was a Choral Scholar at Clare College. He currently holds the positions of Choral Director at London’s Youth Music Centre and is Graduate Musician in Residence at North London Collegiate School. Community work has involved workshops with young children in the south of England as part of the Elastic Band and with children in Soweto, Johannesburg, and projects with English Touring Opera. He writes for Interlude HK and TEMPO.