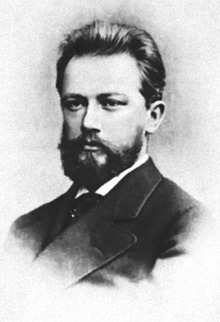 Every summer, the “Intimacy of Creativity Festival” brings together aspiring composers and seasoned performers in Hong Kong. Emerging composers present and revise their work after in-depth discussions with world-renowned performers. The principle aim of this gathering is to rekindle the same kind of artistic synergy between composer and performer that informed the process of making music over the past centuries. Beethoven, for example, relied on the superb performance medium and musical expertise of the Schuppanzigh Quartet to fine-tune his late string quartets, Brahms looked to the esteemed violinist Joseph Joachim for advice on his violin concerto, and Peter Ilyich Tchaikovsky battled the cellist Wilhelm Fitzenhagen over the Variations on a Rococo Theme for Cello and Orchestra.

After Tchaikovsky graduated from the St. Petersburg Conservatory in 1865, he was recruited by Nikolay Rubinstein—brother of Tchaikovsky’s principle teacher Anton Rubinstein—for a post at the new music conservatory in Moscow. The young composer struggled with his teaching assignments, yet nevertheless formed lasting friendships amongst his colleagues. German-born cellist Wilhelm Fitzenhagen held a professorship at the Moscow Conservatory and was widely considered the premiere cellist in Russia. He was the celebrated soloist of the Russian Musical Society and director of the Moscow Music and Orchestral Union. As a member of the Russian Music Society String Quartet, he premiered Tchaikovsky’s three String Quartets and his Piano Trio. Apparently, Fitzenhagen asked Tchaikovsky for a composition featuring the solo cello, and the composer obliged with the Rococo Variations.

Near the end of 1876, Tchaikovsky supplied a short score of his new variations to Fitzenhagen. Since he had no hands-on experience as a cellist, Tchaikovsky asked the performer to make the cello part more idiomatic and virtuosic, while he busied himself with the orchestration. The result of this initial collaboration between composer and performer was first performed in Moscow on 30 November 1877, while Tchaikovsky was recuperating from his failed marriage in Switzerland. Immediately after this premiere performance, Fitzenhagen further modified and adjusted the cello part. However, he also reshuffled the original order of the variations and even jettisoned an entire variation! Forgetting to inform Tchaikovsky of these editorial liberties, Fitzenhagen took the autograph manuscript to the publisher P. I. Jurgenson. Jurgenson was not convinced and wrote to the composer, “Loathsome Fitzenhagen insists on changing your cello piece. He is determined to “cello-ise” your piece and claims you gave him permission. Good God! Tchaïkovski revu et corrigé par Fitzenhagen!” 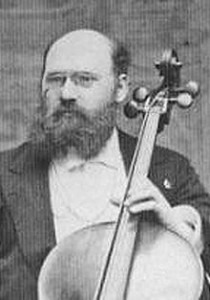 Tchaikovsky’s initial response was apparently not forceful enough, and Jurgenson ended up publishing Fitzenhagen’s edition anyway. Fitzenhagen, in turn, radiantly filed a report from the Wiesbaden Festival in June 1879. “I produced a furor with your variations. I pleased so greatly that I was recalled three times, and after the Andante variation there was stormy applause. Franz Liszt said to me, ‘You carried me away! You played splendidly,’ and regarding your piece he observed, ‘now there, at last, is real music.’” The full score, once again in Fitzenhagen’s edition, was published in 1889. Tchaikovsky was finally furious and told the cellist Anatoliy Brandukov “That idiot Fitzenhagen has been here. Look what he has done to my piece—he has altered everything!” When Brandukov asked the composer what action he was going to take concerning the composition, Tchaikovsky replied, “The devil take it! Let it stand as it is!” The simple comparison below tellingly illustrates the rather substantial differences:

The original Tchaikovsky version was only “rediscovered” in 1941. By then, however, Fitzenhagen’s imaginative reworking—intended to maximize his own exposure—had become part of the standard repertoire. Although the Tchaikovsky biographer David Brown has damned Fitzenhagen’s edition as “deplorably corrupt,” you are still more than likely to hear the Fitzenhagen version in concert today! Too bad we can’t invite composer and performer to the Intimacy of Creativity Festival 2015!

Peter Ilyich Tchaikovsky: Variations on a Rococo Theme for Cello and Orchestra