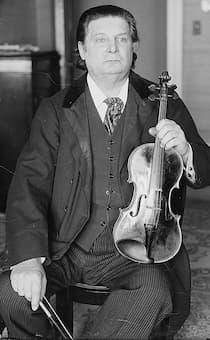 In 1923, Eugène Ysaÿe attended a performance by the great violinist Joseph Szigeti. The entire concert was dedicated to Ysaÿe’s favorite composer, Johann Sebastian Bach. Deeply moved and inspired, Ysaÿe went to work and over the course of twenty-four hours sketched out the six sonatas Opus 27. For one, he was looking to compose a cycle of six works for unaccompanied violin modeled after Bach. In addition, he tailored each sonata to a different virtuoso, “capturing something of each performer’s style in the piece for whom it was written.” Mirroring the evolution of musical techniques and expressions of his time, Ysaÿe wrote, “I have played everything from Bach to Debussy, for real art should be international.” As such, Ysaÿe summarized two centuries of Western violin tradition, surveying the past while conveying the future. Inspired by his friends and musically reflecting their personalities, the music is filled with great expression and breathtaking virtuosity. However, Ysaÿe clearly warns against becoming a technically perfect robot. “A mast violinist,” he writes, “must be a thinker, a poet, a human being, he must have known hope, love, passion and despair, he must have run the gamut of the emotions in order to express them all in his playing.” 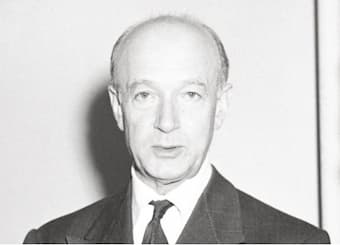 The Hungarian violinist Joseph Szigeti (1892-1973) was a child prodigy who gradually matured into a serious performer. Leaving showmanship almost completely behind, he was particularly known for his performances of unaccompanied Bach, with Bartók, Bloch and Prokofiev, amongst others, dedicating works to him. Szigeti’s playing inspired the entire Ysaÿe set, and the 1st Sonata closely follows the form of the Bach G minor Sonata. Presenting constant technical and musical challenges arising from a dense web of counterpoint, Ysaÿe freely incorporates a Szigeti specialty, “the use of sixths in the whole tone scale in double-stopping that involves smooth changes of position and string.” This is the longest sonata of the set as it also features a tenderly nostalgic third and a synthesis of virtuosity and seriousness in the fourth movement. 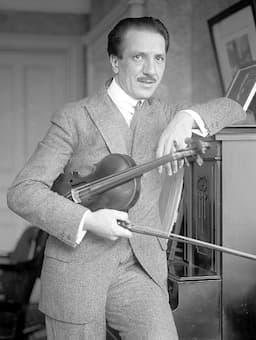 The French violinist Jacques Thibaud (1880-1953) was famous for his elegant and enchanting playing style. He was a much-lauded performer of Mozart, and a member of the memorable trio with cellist Pablo Casals and pianist Alfred Cortot. According to his colleagues, “his performances were marked by technical polish and purity of tone, yet with a natural expressiveness.” Thibaud was a close friend of Ysaÿe, and the Sonata No. 2, nicknamed “Obsession,” makes reference to Thibaud’s constant warm-up piece, Bach’s Prelude to his E major Partita. Thibaud was also a confirmed hypochondriac, obsessed with a premature death, and Ysaÿe scatters statements of the “Dies Irae” throughout. The second movement contains “everything Ysaÿe ever regretted in his life,” and the third “Dance with the Shadows/Spirits” is a set of variations. The Sonata culminates in a shrieking “Dance of the Furies,” and sadly, Thibaud died in a plane crash in 1953.

The Romanian violinist, composer and conductor George Enesco (1881-1955) was a leading figure in the first half of the 20th century. Considered Romania’s best composer, he was also one of the most respected violinists of his generation. Enesco was good friends with Massenet, Fauré and Maurice Ravel, and he became the principal teacher of Yehudi Menuhin in Paris. Enesco had great reverence for music and he avoided showmanship whenever possible. Critics describe his tone “as warm and intimate, modeled on the cantabile of the human voice.” The central 3rd Sonata is dedicated to Enesco and it carries the subtitle “Ballade.” Lyrical in character yet highly virtuosic at the same time, it opens in the manner of a recitative. Ysaÿe writes, “I have let my imagination wander at will. The memory of my friendship and admiration for George Enesco and the performances we gave together has done the rest.” 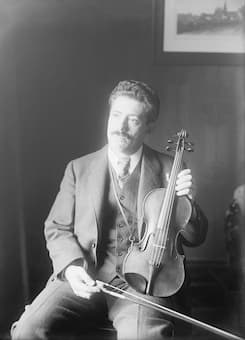 In the early part of the 20th century, Fritz Kreisler (1875-1962) was considered one of the leading violinists of his time. Extraordinary talented, he started his musical studies at age 4, and he was admitted to the Vienna conservatory at age 7. He took violin lessons with Hellmesberger Jr., studied theory with Anton Bruckner, gave his first public performance at age 9, and graduated at 10! Kreisler achieved fluid technical perfection, and he was particularly renowned for his elegant bowing, graceful phrasing, “and a sweetness of tone.” His vibrato produced, according to Ysaÿe, a “uniquely full and sweet tone.” Kreisler was known to delight audiences with performances of lost classics by famous composers; in reality, he had composed these pieces himself. Ysaÿe evokes this clever ruse by including an “Allemande,” “Sarabande,” and Presto “Finale” in the Kreisler dedicated 4th Sonata. 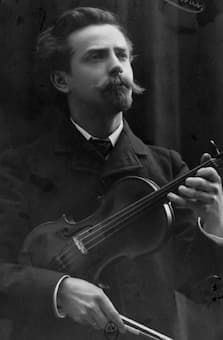 The 5th Sonata is dedicated to Belgian violinist Mathieu Crickboom (1871-1947). Crickboom was a student of Ysaÿe, who became a long-time friend. He played second violin in the “Ysaÿe Quartet” for many years, and he performed at the premiere of Debussy’s String Quartet. Apparently, Ysaÿe “deeply longed for a simple bucolic life, a lifestyle that he was only able to touch fleetingly during his long years of touring.” Crickboom shared that particular sentiment, and the sonata dedicated to him features folk-dance melodies enriched by innovative pizzicato effects in the left hand. 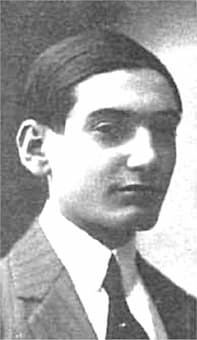 The concluding Sonata is dedicated to Spanish violinist Manuel Quiroga Losada (1892-1961). Quiroga had the reputation as being one of the best violinists of his time, with his career tragically shortened by an accident in 1937. The 6th Sonata pays respects to Quiroga’s brilliant playing, and by using fewer Bach inflections, it is much more closely aligned with Paganini. Ysaÿe was generally modest about his own compositions, but with his Six Sonatas for violin solo he created a work of harmonic originality, virtuosity, and passionate expressiveness that communicated his immense love of music and the violin for posterity.