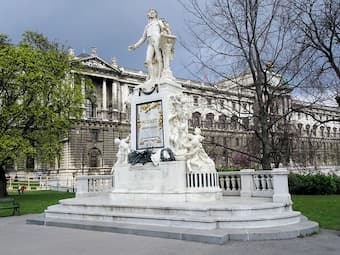 Maria Theresia Paradis (1759-1824) was the daughter of the Imperial Secretary of Commerce and Court Councilor to Empress Maria Theresa. She lost her eyesight at the age of 4, and although she initially responded to treatment, she relapsed into her previous blind state. Although she lost her eyesight early on, her musical talents were quickly recognized. Educated by Antonio Salieri (singing and composition) and Abbé Vogler (music theory and composition), Paradis gave her first public performances at age 12. She also actively commissioned an organ concerto from Salieri, and a piano concerto from Haydn and Mozart, respectively. 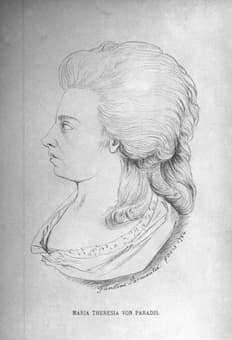 At the height of her career, she had more than 60 piano concertos in her memorized repertory. Extended tours of Germany, Switzerland and England led to her first appearance in Paris in March 1784. A reviewer wrote, “one must have heard her to form an idea of the touch, the precision, the fluency and vividness of her playing.” In all, Paradis made 14 concert appearances in Paris, and she also assisted Valentin Haüy in the establishment of the first school for the blind, which opened in 1785. During 1784, Mozart composed a total of six piano concertos. Although mainly written for his personal use, it has been suggested that the concerto K. 456 was composed on commission from Maria Theresia Paradis. Evidence of the commission comes from a letter from Leopold Mozart to Nannerl, describing “a glorious concerto written for Paradis for Paris.” By all accounts, Paradis was an accomplished singer, virtuoso pianist and talented composer. Sadly, very few of her compositions have survived. 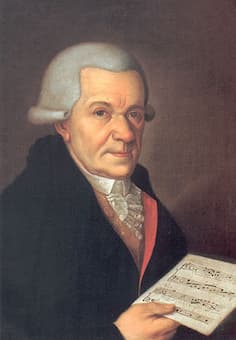 Growing up in the city of Salzburg, Wolfgang Amadeus Mozart became colleagues and best friends with Johann Michael Haydn (1737-1806), younger brother of Joseph Haydn. Including Leopold Mozart, they were colleagues at the court of the Archbishop in Salzburg, and Haydn and Wolferl shared the organist position at the Dreifaltigkeitskirche (Trinity Church) in Salzburg. They would see each other on an almost daily basis, and participate in performances of each other’s music in church and private settings. Of course, they shared a good bit of gossip and the “Mozart family letters contain more than one account of Michael Haydn’s fondness for drink. Michael Haydn was a highly competent composer who taught Carl Maria von Weber and Anton Diabelli, and he composed significant sacred choral works, roughly 40 symphonies and various chamber compositions. Mozart was clearly fond of Michael Haydn’s music, as he once sent a letter to his father from Vienna asking “for the latest symphonies of Michael, so that he could perform them in that city.” Scholars have established that “Michael Haydn’s music has a thorough competence of technique as well as a real sense of theatre that is also reflected in Mozart’s music as well.” In fact, one of Michael Haydn’s symphonies was initially attributed to Mozart. Michael Haydn was famous for composing music for unusual combinations of instruments, including a delightful concerto for organ, viola, and strings. Mozart himself might have performed this very composition, and throughout his own compositional career fashioned concertos for a variety of instrumental combination, including the phenomenally beautiful concerto for flute and harp. 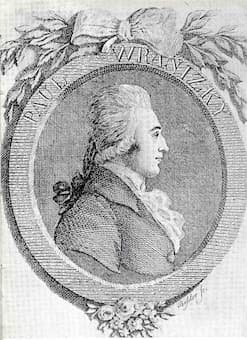 In his day, Paul Wranitzky (1756-1808) was one of the most highly regarded musicians in Europe. Born in Moravia, he eventually made his way to Vienna and was appointed director of the highly esteemed Kärntnertortheater orchestra. Only two years later he took on the post of director of the Burgtheater, placing himself at the center of Viennese musical life. Wranitzky was well respected as a composer, conductor and violinist, and Empress Marie Therese “considered him one of her favorite composers.” It has been suggested that Wranitzky studied with Joseph Haydn, but that notion has not yet been substantiated. However, he certainly knew Haydn personally, and he was strongly influenced by Haydn’s string quartets. One scholar even suggests, “I can safely and with absolute confidence to say that Wranitzky’s achievement as a composer of string quartets is a greater achievement, overall, than Mozart’s.” It has also been suggested that Beethoven preferred Wranitzky as the conductor of his new works. Mozart highly respected Wranitzky as a composer, and they even became masonic brothers when three lodges merged in 1785. A special concert was given on that occasion, and it included two symphonies by Wranitzky, as well as a cantata, a piano concerto and improvisations by Mozart. Upon Mozart’s death, Wranitzky acted as a legal mediator with publishers on behalf of the widowed Constanze Mozart. Today, Paul Wranizky is all but forgotten, and the 19th century critic François-Joseph Fétis recalled, “The music of Wranitzky was in fashion when it was new because of his natural melodies and brilliant style. He treats the orchestra well, especially in symphonies. I recall that, in my youth, his works held up very well in comparison with those of Haydn. Their premature abandonment of today has been for me a source of astonishment.” 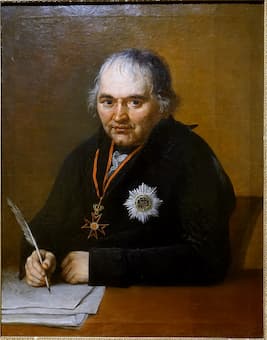 Georg Joseph Vogler (1749-1814) was an esteemed theorist, teacher, organist, pianist, conductor and composer. He hailed from the city of Würzburg in Germany where he studied law, the arts and theology. Vogler moved to Bamberg for three years of religious instruction, and he was hence known under the name “Abbé Vogler.” Vogler was famous for his improvisations, which he “extemporized upon the musical instrument of his invention.” Vogler did establish himself as “a foremost experimenter in baroque and early classic music.” In 1775 Vogler was appointed court chaplain and second maestro di capella in Mannheim, the city then visited by 19-year-old Mozart. Mozart writes to his father, “ When Vogler entered the Church, he was immediately appointed Court Chaplain, and he composed a Miserere, which all the world declares to be detestable, being full of false harmony. Hearing that it was not much commended, he went to the Elector and complained that the orchestra played badly on purpose to vex and annoy him; in short, he knew so well how to make his game (entering into so many petty intrigues with women) that he became Vice-Capellmeister. He is a fool, who fancies that no one can be better or more perfect than himself; a man who imagines he can do a great deal, and does very little. The whole orchestra dislikes him.” As a theorist, Vogler invented a new system of fingering for the harpsichord, a new form of construction for the organ, and he published a periodical providing analysis of new compositions and essays on music. Mozart “condemned the fingering as miserable and considered Vogler a charlatan.” It is entirely possible that Mozart’s assessment was somewhat tainted because he was finding little musical success in a Mannheim dominated by Abbé Vogler. 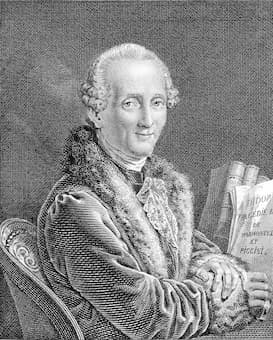 Wolfgang Amadeus Mozart visited the city of Paris on a number of occasions. Accompanied by his mother, Wolferl arrived for his last visit to the French capital on 23 March 1778. The concert season was in full swing, and the director of the Concert-Spirituel commissioned a “Sinfonia Concertante” to be played during Holy Week. As always, Mozart was hoping to obtain an opera commission, but as usual, his appeal was not successful. “The French are, and always will be,” he writes to his father, “downright donkeys; they can do nothing themselves so they must have recourse to foreigners. I talked to Piccinni at the Concert Spirituel; he is always most polite to me and I to him when we do by chance meet. Otherwise I do not seek much acquaintance, either with him or any of the other composers; they understand their work and I mine, and that is enough.” Mozart had first met Piccinni in Milan in 1770, and eight years later in Paris he attempted to stay neutral in the raging “Opera War” fought between supporters of Gluck and Piccinni. Mozart reports to his father, “The only fault found with Piccinni’s new opera “Roland” is that the choruses are too meager and weak, and the music also a little monotonous; otherwise it was universally liked. In Paris they are accustomed to hear nothing but Gluck’s choruses. Only place confidence in me; I shall strive with all my might to do honor to the name of Mozart. I have no fears at all on the subject.” Mozart did become friendly with Jean-Georges Noverre, the influential dancer, choreographer and Paris Opera’s ballet master. Noverre asked him to compose music for a ballet. Les petits riens (The Little Nothings) was to be danced as an interlude to the new opera “Le finte gemelle” (The Fake Twins) by Piccinni. The opera was a complete flop and closed after four performances. The ballet music, initially not even credited to Mozart was lost and only rediscovered in the Paris Opera archives in the late 19th century.