Composers Inspiration
Dedicated to Ysaÿe
“Ysaÿe Plays the Fiddle as the Birds Sing”
by Georg Predota May 12th, 2021
Tags: Ysaÿe 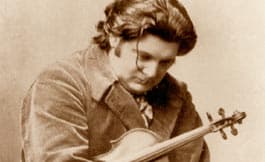 Eugène Ysaÿe (1858-1931) was not only one of the greatest violinists of his time, but he was also a composer, conductor, and teacher. And what is more, great composers inspired him, and in turn, his exceptional artistry inspired them to fashion outstanding compositions dedicated to him. César Franck and Eugène Ysaÿe are linked by one specific masterpiece, the Franck Sonata for violin and piano. 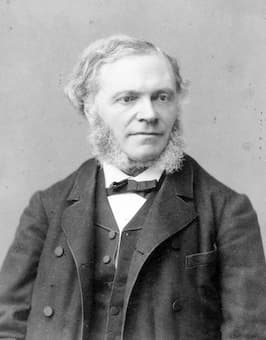 The work was not specifically composed for Ysaÿe, as the composer writes, “You ask me, dear lady, to dedicate the sonata to Ysaÿe. I shall do this with pleasure… I will be very happy to have it under the patronage of an artist such as him…” The sonata became a wedding gift for Ysaÿe’s marriage to Louise Bourdeau, and the violinist writes, “we were seized, gripped, and turned inside out; it was with heartfelt emotion that I dared to tell myself it is a masterpiece! …Yes, master, a masterpiece, but what can that word mean to you when it comes from me, pygmy that I am!” Under Ysaÿe stewardship the Franck sonata rapidly became one of the most important works in the repertoire. 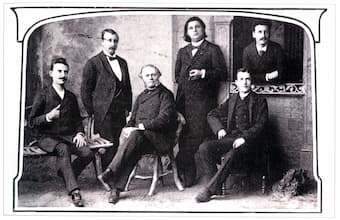 César Franck and the Ysaÿe Quartet

Ernest Chausson (1855-1899) composed his “Concert for violin, piano and string quartet” between 1888 and 1891. First performed on 26 February 1892 with Ysaÿe taking the solo violin part, the composer wrote, “I cannot conceal from you that I thought of you and of the impeccable playing that I might expect from you when I wrote this Concert. In a small way it belongs to you, since it is practically certain that I would not have written it without you.” 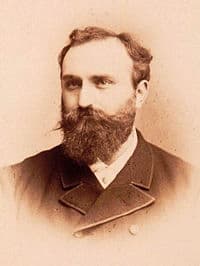 He subsequently added, “I must believe that my music is made for Belgians above all, for never have I enjoyed such a success… I feel giddy and joyful such as I have not managed to feel for a long time… It seems to me that I shall work with greater confidence in future.” The success of the “Concert” cemented a deep friendship between the two men, and Ysaÿe quickly requested a violin concerto from Chausson. Chausson reports, “I hardly know where to begin with a concerto, which is a huge undertaking, the devil’s own task.” In the end, he wrote three different versions of Poème, a work that is considered his best-known composition. 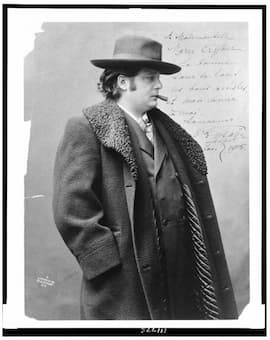 Vincent d’Indy (1851-1931) was a student of César Franck and he approached chamber music with utmost respect. He contemplated the composition of a string quartet for a very long time, and his first quartet emerged only at the age of forty. 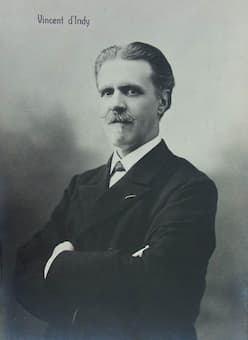 The work is based on a motif found in Mahler’s 1st Symphony and on the Bell motif in the first act of Wagner’s Parsifal. But it was also inspired by Eugène Ysaÿe, and specifically by the overwhelming artistry of the “Quatuor Ysaÿe.” It premiered in Brussels on 20 February 1891, and was first heard in Paris on 4 April. On both occasions critical acclaim was unanimous, and the work was applauded for its nobility, “incomparably rich inspiration, irreproachable thought and great melodic beauty.” Ernest Chausson was in the Paris audience and he wrote, “I cannot find enough to say; it not only makes d’Indy proud, but it is an honour for all of France.” 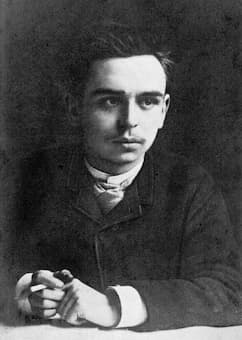 Eugène Ysaÿe tirelessly promoted the music of contemporary French and Belgian composers. He formally requested works by young composers, which he then presented in his recital programs. One such emerging composer was the young Belgian Guillaume Lekeu (1870-1894). After hearing a performance of a Lekeu work, Ysaÿe invited the young composer to write a sonata for him. Lekeu was overjoyed and writes to his father, “One hour or so after the end of the concert…Ysaÿe saw me, introduced me to his pupils and began once again to shower me with praise. One thing in particular that he said pleased me greatly: he is a pupil of Père Franck; he alone, of all the musicians of today, is composing something else than imitations of Wagner, although he knows that style intimately. He then asked me if I had composed any chamber works. I replied that I had not, at which he asked me to send him every chamber work that I might write from then onwards and that he would perform them on every possible occasion. In particular, he asked me to begin with a sonata for piano and violin.” That work, with final touches by his teacher Vincent d’Indy, was completed in September 1892. True to his word, Ysaÿe gave the first performance on 7 March 1893. 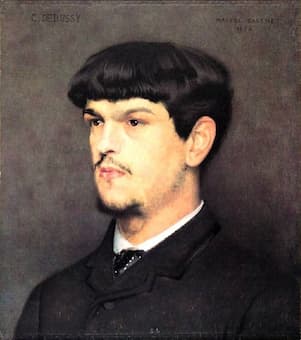 With his career as a soloist coming to an end, Ysaÿe devoted himself to the promotion of new works by up-and coming French and Belgian composers. And that included Claude Debussy, who had just returned to Paris after his two-year Prix de Rome residency in Italy. Possibly inspired by the premiere of César Franck’s String Quartet in 1890, Debussy decided to venture into the chamber music realm. It was not an easy task, as he wrote to his friend Ernest Chausson, for whom the quartet was intended. “I’ve had to start all over again three times… by it’s very nature, music is something that cannot be cast into a traditional and fixed form. The music I desire must be supple enough to adapt itself to the lyrical effusions of the soul and the fantasy of dreams.” Ernest Chausson expressed reservations about the score, but Eugène Ysaÿe was highly enthusiastic. The Ysaÿe Quartet, to whom the work is dedicated, gave the first public performance at the Salle Pleyel on 29 December 1893. Ysaÿe asked Debussy for an additional composition, this time for violin and orchestra. Debussy responded with the Nocturnes. However, Ysaÿe could not come to terms with this new-age composition and Debussy reworked his Nocturnes for orchestra alone.