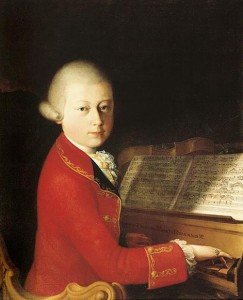 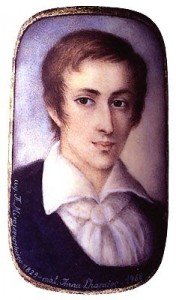 Immediately after his graduation from High School, Chopin managed to secure 2 concerts in Vienna. And for his first international concert appearance, he performed his Op. 2, Variations on “Là ci darem la mano” from Wolfgang Amadeus Mozart’s opera Don Giovanni. He wrote home after the concert “everybody clapped so loudly after each variation that I had difficulty hearing the orchestral tutti.” Robert Schumann first heard these Variations at the Leipzig Gewandhaus, and famously declared “Hats off, gentlemen! A genius!” 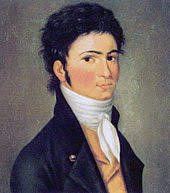 Ludwig van Beethoven introduced himself to the city of Vienna by showcasing his talents as a pianist, and he was the first major prolific and influential composer in that city who did not depend on a fixed musical appointment. On one hand, he received generous allowances from his aristocratic friends and acquaintances, on the other, he was able to earn a living by taking advantage of a growing bourgeoisie interest in music and music making. Coming to terms and gaining control over the Viennese style, he composed and performed piano sonatas of extreme technical difficulty and expansive musical breadth, yet also focused his energies on composing music for an infinite variety of musical ensembles and occasions. As far as we know, there wasn’t any concrete occasion for the composition of a cycle of Variations for Violoncello and Piano on themes from Mozart Amadeus Mozart’s Magic Flute, and one from Handel’s oratorio Judas Maccabaeus. Be that as it may, judging from the number of prints and re-prints, these works were extremely popular and influential right from the beginning. 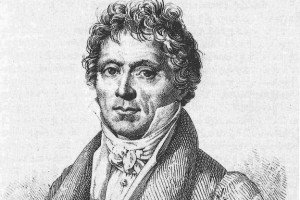 Although principally known for his theoretical writings and as a teacher—he instructed Franz Liszt, Hector Berlioz, Charles Gounod and César Franck—Antoine Reicha (1770-1836) was also a prolific and influential composer. His compositional oeuvre included an extended variety of theatrical and choral works that enjoyed moderate success during his lifetime. Among his instrumental compositions, we find symphonies and overtures as well as works for piano solo. Reicha personally knew Haydn and enjoyed a friendship with Beethoven. And he took Wolfgang Amadeus Mozart’s tune “Se vuol ballare” from the Marriage of Figaro and published 18 Variations and a Fantasy in 1804. After a somewhat formal layout of the opening set of variations, the fantasy functions as the slow movement. And when the glorious Mozart theme returns, it is tossed back and forth among the instruments.

Antoine Reicha: 18 Variations and a Fantasy on a Theme by Mozart, Op. 51

Born in my hometown of Graz in 1843, Heinrich von Herzogenberg studied music in Vienna and Leipzig before securing an appointment in Berlin. Although a capable pianist, he never performed in public. He left that task to his wife Elisabeth, who advised Clara Schumann on her program designs, and who accompanied Joseph Joachim in private concert settings. Heinrich turned his attention to composition and his first published works are all for piano. He took much of his musical bearing from Robert Schumann, “a master loved above all things, who exclusively filled my own youth.” In time, Herzogenberg became a distinguished and influential composer from the circle of conservative Berlin academics. His interest in earlier music—particularly of Bach—was nurtured by the scholar Philipp Spitta and found expression in his church music. However, Herzogenberg also had a distinct sense of humor, as can be heard in his Don Juan Variations op. 58. Taking the first stage music from Wolfgang Amadeus Mozart’s opera, he funnels additional themes into his variations, including tunes from Leporello’s first aria and the Commendatore scene in the last act.