In Tune Arts
Composers and their Poets: Ravel I
by Maureen Buja April 7th, 2017
Tags: Ravel 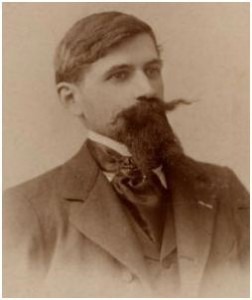 Maurice Ravel (1875-1937) was regarded in the early 20th century as France’s greatest living composer. He studied at the Paris Conservatoire but his time there ended badly. He entered as a piano student at age 14 but by age 18, had been dismissed from the conservatoire. After that, he focused on composition. He reentered the conservatoire at age 20 as a composition major, but was again dismissed in 1900. As a composer, however, no matter what the Conservatoire thought, he was achieving significant advances in his art. He attempted the Prix de Rome five times but never achieved the prize.

When Ravel wrote his song cycle Shéhérazade, he turned to his friend Tristan Klingsor for the text. Name sounds familiar? He was born Léon Leclère in 1874 but changed his first name to Tristan (from Wagner’s Tristan und Isolde) and his last name to Klingsor, the villain in Parsifal, thus uniting the hero and the villain at once. Klingsor covered many fields: poet; painter, and composer, setting some 7 song cycles of his own music. 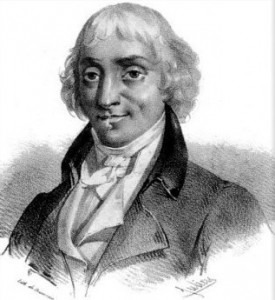 The stories of Arabia were in the literary air at the turn of the century and so we have Klingsor’s collection Shéhérazade (1903). Of the 100 poems in Klingsor’s book, Ravel selected only 3. The language of the poems that Ravel used are, as one writer put it, “sensuous pseudo-oriental.” We have purple sails, a huge night bird in the golden sky, and, especially, dark eyes of love.

Ravel: Shéhérazade: No. 1. Asie (Karine Deshayes, mezzo-soprano; Luxembourg Philharmonic Orchestra; Emmanuel Krivine, cond.)
Ravel used material from the soldier / poet Évariste Desiré de Forges, vicomte de Parny (1753-1814) as the basis for his Chansons madécasses (1925). De Parny had started working on his prose-poem when he was stationed in India and completed it in 1787. He called the works translations of the songs of Madagascar and their subject matter permitted Ravel to experiment with non-tonal music. The last song, “Il est doux,” is a languorous song of a man resting under a leafy tree, asking the women around him to sing him songs. But it is definitely the song of a ruling man: he orders the women to sing, to dance, and then as the evening breezes come up, to go and prepare the evening meal. Listen to the role of the flute and how it becomes the singing women and then the cooling breeze. Since these were prose poems, listen too, to how Ravel changes his setting for the last line. 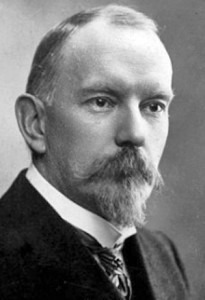 One of his contemporaries that he set was Jules Renard (1864-1910). Renard output included poems, short stories, plays, and novels, most famously Poil de carotte (Carrot Head), telling the childhood of an unloved redheaded child.

Renard’s Histoires naturelles is a set of brief sentences, unrhymed poems, on 45 different topics covering animals and bugs. The premiere of the work in 1907 caused a musical scandal. As befitting their origin as unrhymed poems, Ravel set the text as one would regular speech. He omitted the traditional stress on voiceless syllables that was common in French singing and a new vocal tradition was begun.

The 5 selections, from some 40 in Renard’s original, include The Cricket (a house-proud little bug who is preparing for the evening). In Ravel’s setting, listen to the piano take up the cricket’s sound.

Ravel: Histoires Naturelles: No. 2. Le grillon (Dietrich Fischer-Dieskau, baritone; Hartmut Höll, piano)
In Le cygnet (The Swan), Ravel sets the story of a swan who desires to eat the clouds reflected in the water, but must settle for digging in the mud for worms. Ravel sets some sections as pure and others as prose recitation.