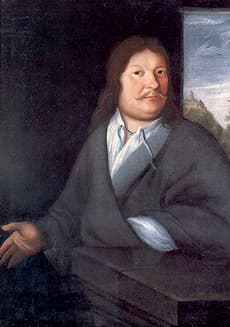 We always think of J.S. Bach as a thoroughly German composer and always in terms of his own family – who he married, how many children he had, what those children did – but we rarely think of him in relation to the family in which he was a child.

Johann Sebastian Bach’s father was a city musician for Eisenach, Germany, and died in 1695 when Johann Sebastian Bach was only 10. J.S. was one of 5 surviving children of Johann Ambrosius and Maria Elisabeth Bach. He lived with his oldest brother Johann Christoph Bach for 5 years after his father’s death; his mother had died in 1694. Johann Christoph, an organist at Ohrfruf, was a student of Johann Pachelbel, who lived in nearby Gotha. Johann Sebastian probably learned the organ under his brother’s instruction, but composition seems to have been something he worked out himself. As German composers, the Bach family were unique in their family lines and where they went. 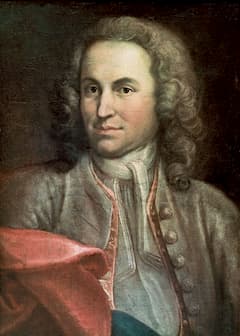 An early work of J.S. Bach’s is the Capriccio in B flat, BWV992, which has been given the title Sopra la lontananza del suo fratello dilettissimo (On the Departure of a Beloved Brother), has often been linked to the departure of his brother Johann Jacob (J.J.) from Germany to Sweden in 1704, but this has been cast into doubt by a number of scholars. The word ‘fratello’ means ‘brother,’ but it could also mean any close friend.

Written around 1704, the work is very much in the Italian style, despite being composed by a German composer. The emotions in the music are extreme: the famous third movement lament, overwrought and sad, is followed by an almost cheerful aria and fugue. We move from darkness to light. The music is set up to show the pictures of the departure – how his friends try to talk him out of the journey,


their warnings of the dangers ahead,


their lamentations at his hardness of heart,


and then, to close, the sound of the post horn on the coach that bears his beloved brother away.


This is a rare case in Bach of writing ‘program music,’ i.e., music to illustrate a particular story, even though we’re unsure of who actually departed. However, as we can hear in the music, J.S. Bach wasn’t being entirely serious, with touches of humour interjected among the general lamentation. This was another rarity in Bach’s music. 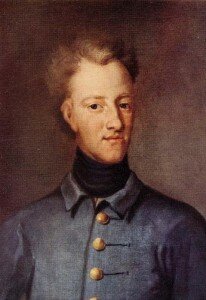 Just like his brother Johann Sebastian, Johann Jacob Bach was a musician. He was an oboist, first in the municipal band in Eisenach, where he had been born, and where his father, Johann Ambrosius, had been a city musician. In 1704, he left Germany for Sweden, where he served in the military band of King Charles XII’s army.

Charles XII, who came to power in 1697 when he was 15, was an unusually victorious general. Sweden and its holdings in the Baltic region were attacked by a triple alliance of Denmark–Norway, Saxony–Poland–Lithuania, and Russia in 1700. By 1706, Charles had defeated all his enemies except Russia. His troops marched on Moscow and although was initially successful, he was finally sent into retreat by a Russian army twice his size. After his surrender at the Battle of Poltava in 1709, a battle that not only marked the end of the Swedish Empire but also the start of the Russian Empire under Peter the Great, he went into exile in the Ottoman Empire and J.J. Bach followed him. This German musician and composer in Sweden had only a brief life. While in Constantinople with the army, Bach studied flute under Pierre-Gabriel Buffardin when Buffardin was visiting in 1711, and after 1713 became a flautist in Stockholm. J.J. Bach died in 1722 and is buried in Stockholm. J.S. Bach, with a far less exciting career, outlived his beloved brother by nearly 30 years.