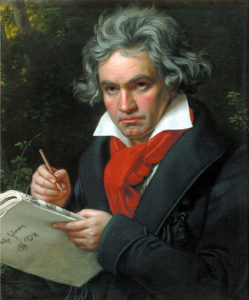 The piano was Ludwig van Beethoven’s favourite instrument. He was a virtuoso at the keyboard, and his compositions for piano “became a vehicle for experimenting not only with the fundamental aspects and techniques of music, but also a means of self-expression.” Besides occasional pieces and various sets of variations, Beethoven also published 32 piano sonatas. It is one of the most important collections of works in the history of Western music, and it’s really scary how many people have glowingly written about Beethoven’s piano music. Was Beethoven a better composer than so and so? I suppose, it depends on your definition of better, and plenty of people with personal agendas have been trying to tell us that Beethoven was nothing special. 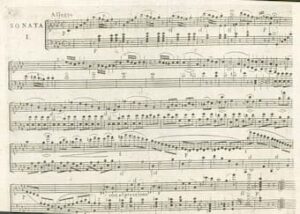 But one thing for sure, Beethoven was able to write the most beautiful and most memorable melodies. I am pretty sure that once you have listened to Beethoven’s most beloved piano favourites, you will sing one or the other tune all day long. One of Beethoven’s most beloved earworms comes from his Piano Sonata No. 8, known as the “Pathétique” The slow movement is frequently heard as the musical backdrop to movie dramas and soap operas. The tune is not really sentimental, but a soothing and comforting song without words. 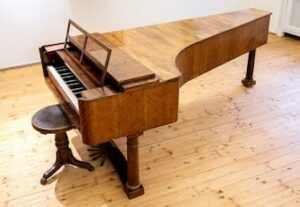 Commentator writing on Ludwig van Beethoven’s piano music have found “highly original movements glowing with passion, exuberance, heroism, nobility and dramatic pathos.” What that probably means is that the music is telling us some kind of story, real or imagined. And in most cases Beethoven really didn’t tell us exactly what his music was all about. A personal friend once asked the composer about the meaning of the D-minor Sonata, Op. 32, No. 2, and a seriously grumpy Beethoven supposedly replied, “just read Shakespeare’s ‘The Tempest’.” We still have no idea if the Shakespearean play served as the literary inspiration, but the nickname stuck. The opening movement is pretty stormy and unsettled, indeed, but one of the most beloved piano favourites is heard in the concluding “Allegretto.” It’s a delightful quiet theme that unfolds in perpetual motion, and the obsessive contrast creates a sense of great anticipation. 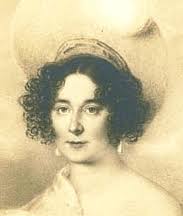 For the most instantly recognized and most beloved Beethoven piano favourite we need look no further than the Bagatelle Für Elise. We all know this delicious tune, but it’s not at all clear who was “Elise.” Apparently, Beethoven, already 40 years of age fell in love with his 18-year old student Therese Malfatti. Beethoven did believe that the love was reciprocal, and he was hoping to formally propose marriage at an extensive cocktail party hosted by the Malfatti family. Looking for courage, Beethoven got really drunk and forgot all about proposing. He did apparently play the Bagatelle, but since his handwriting was simply atrocious, it looked like “Für Elise,” and not “Für Therese.” So we still don’t know if “Therese” and “Elise” is the same woman? In the event, Therese married an Austrian nobleman, and the Beethoven dedication might well read “Für Gigons,” Therese Malfatti’s dog. 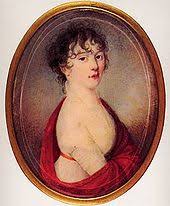 Beethoven in love is a really thorny subject. He seems to have habitually fallen in love with women that were simply unattainable. The Countess Giulietta Guicciardi was only 16 when she became Beethoven’s student. Beethoven fell in love, and he proposed marriage, which she accepted. Her father, however, wasn’t amused and forbade the marriage “to a man without rank, fortune or permanent engagement, and with a character and temperament so peculiar.” Once again, there were no wedding bells for Beethoven, but he did dedicate one of his most beloved piano favourites to Giulietta, the Sonata Op. 27, no. 2, commonly known as “Moonlight”. That nickname comes from a critic and poet as the music “inspired a vision of a boat on Lake Lucerne by moonlight.” Beethoven had never been to Lake Lucerne, but he did instruct the performer to use the pedal throughout the earworm opening movement. “The harmonies become like watercolours, seamlessly blending and swimming into each other.” 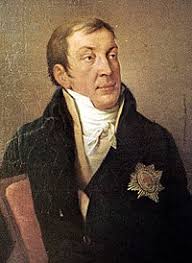 One of my personal most beloved piano favourites by Ludwig van Beethoven is the second movement of the piano sonata Op. 90. It’s not only great and memorable music, but it is also connected with a great story. The sonata is dedicated to the accomplished pianist Count Moritz Lichnowsky. The Count was seriously surprised to receive this dedication, so he asked what the sonata meant. Beethoven replied that the first movement represents the “Battle between the head and the heart,” and the second a “Conversation with the beloved.” The subtext here is that the Count had an illicit affair with his future wife, the singer and actress Josefa Stummer. Although still married to his first wife Maria Anna, the illegitimate daughter of Moritz and Josefa was already three months old, and the count was torn between staying with his current wife or whether to elope with his lover. The meandering and obsessive rondo theme in the finale appears no less than sixteen times; talk about love’s obsession. 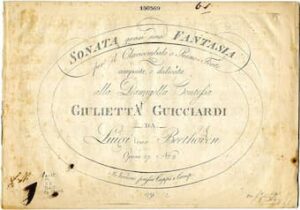 Ludwig van Beethoven spent the summer of 1804 in the small village of Döbling, recovering from a variety of ailments. He went for long walks in the Vienna Woods, sometimes alone, and sometime in the company of his student Ferdinand Ries. On one such occasion, Ries reported that “Beethoven was humming, and more often howling, always up and down without singing any definite notes. When I questioned him to what it was, he answered, ‘a theme for the sonata [Op. 57] has occurred to me.’ Once we returned home, Beethoven ran to the pianoforte without taking off his hat. I sat down in the corner and he soon forgot all about me. Finally he got up, was surprised that I was still there and said, ‘I cannot give you a lesson today, I must do some work’.” And that work referred to his F-minor sonata Op. 57, a composition commonly known as the “Appassionata.” The publisher supplied that nickname, but Beethoven did not protest. The opening movement is almost symphonic in scope, and it is certainly one of Beethoven’s most beloved piano favourites. 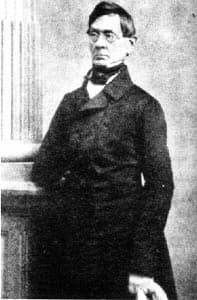 Ludwig van Beethoven was always a bit of a rebel. In his piano sonatas he constantly experimented with the weight, character and balance of various movements. He was breaking away from the classically oriented compositions—we would say thinking outside the box today—and gradually established his own compositional individuality and originality. Instead of opening the opus 26 sonata with a conventional high-energy movement, he surprises us with a subdued and gorgeous “Andante con variazioni.” Beethoven was a master of writing variations, and he presents an unforgettably tranquil and ceremonial theme. In five variations he teases various melodic, harmonic and rhythmic possibilities from a theme that must be considered one of his most beloved piano favourites.


The Rondo and Capriccio Op. 129 is better known by the title “Rage over a lost Penny, vented in a Caprice.” That inscription is written on the title page of the composition, but not in Beethoven’s hand. It is possible that Beethoven’s friend and biographer Anton Schindler is responsible for that catchy title. Beethoven composed this audience favourite between 1795 and 1798, but Anton Diabelli only published it almost 30 years later. Robert Schumann said of the work “it would be difficult to find anything merrier than this whim… It is the most amiable, harmless anger, similar to that felt when one cannot pull a shoe from off the foot.” For Schumann, Beethoven was not just a lofty god, but a highly original composer securely grounded in the everyday. Without doubt, the “lost Penny” is one of Beethoven’s most beloved piano favourites. 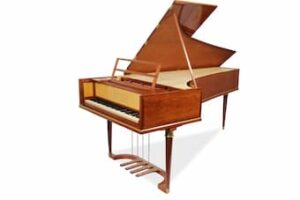 By 1803, Beethoven had already become world famous and people from around the world would send him presents. One such present was a piano from the celebrated Parisian instrument builder Sebastien Érard. Beethoven didn’t really like the instrument, but he was greatly interested in some of the changes in construction. For one, the range of the keyboard had been expanded, which in turn produces much greater resonance. “Heavier felt-covered hammers and the advent of steel frames on which to string heavier wires led to an increase in volume, and the invention of the double escapement mechanism allowed notes to be rapidly repeated.” Beethoven complained that the “action was incurably heavy,” but some of the highly explosive and violent effects in his sonatas would have been impossible without these improvements. His “Waldstein” sonata, one of Beethoven’s most beloved piano favourites takes full advantage of the technical possibilities of the new instrument.


We started this little survey of Beethoven’s most beloved piano favourites with the slow movement from his “Pathétique” sonata. I think it’s fitting that we end this blog with the last movement from this exceptional piano favourite. Beethoven himself provided the nickname, apparently making a reference to a publication by the German poet Friedrich Schiller. Schiller wrote, “Pathos arises when the awareness of suffering is counter-balanced by the capacity of reason to resist these feelings.” In this sonata Beethoven experiments with surprising tonal shifts “and the long-term projection of harmonic action.” We also find unusual rhythms and striking dynamic effects placed within the full expressive range and power of his imagination. The concluding “Rondo Allegro” movement is unexpectedly set in the minor mode. Individual statements of the Rondo theme are separated by grand theatrical gestures and by alternating episodes of pianistic virtuosity and devout melancholy. What a fabulous and unforgettable movement! Since Ludwig van Beethoven wrote so many incredible and unforgettable melodies for the piano, this was an easy yet simultaneously very difficult blog to write. But now you know my personal most beloved piano favourites; what are yours?