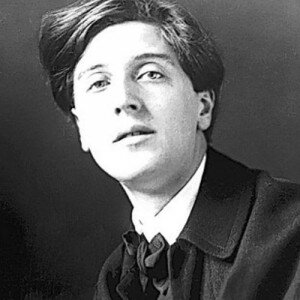 The Form is Alive and Well

Given the myriad explorations and experiments in musical form and structure in the twentieth and twenty-first centuries, it is perhaps surprising that the Piano Sonata has endured. While many of the most important composers of the twentieth century have ignored the form – Sibelius, Schoenberg and Debussy wrote no piano sonatas – others have embraced the form, producing some of the most important works in the genre, and the piano sonata in its classical form still holds significant currency for many composers. Below is just a tiny selection of some of the most iconic piano sonatas of the modern era, with suggestions for further exploration of the genre.

Berg: Sonata No. 1
The expressive breadth of Alban Berg’s Sonata No. 1 (1910) is rooted in nineteenth-century Romanticism, and it even shares its key with one of the greatest work of that era, Franz Liszt’s Sonata in B minor, but the chromaticism and dissonance, and fluctuating dynamics and tempi hint at the distinct musical language of the Second Viennese School and the techniques Berg would use in his later style. A single movement work, it is cast in classical sonata form with an exposition (and exposition repeat), development section and recapitulation, and uses many cyclical patterns, chromatic progressions and whole-tone chords.

Sergei Prokofiev wrote nine piano sonatas during the course of his career, and many are regarded as milestones of piano repertoire. These sonatas are a fascinating window on Prokofiev’s compositional development, from early works rich in melody and wit to the searing intensity of the triptych of “war sonatas”, written during the turmoil of World War II and replete with the ominous rumble of guns and tanks and tinged with an unsettling poignancy. The ninth sonata is experimental and retrospective – like the late sonatas of Beethoven, Prokofiev uses the form as a means to reflect.

“The remarkable stylistic clarity and the structural perfection of the music amazed me. I had never heard anything like it.”
– Sviatoslav Richter on hearing Prokofiev’s Piano Sonata No. 6

Charles Ives’ Piano Sonata No. 2, ‘Concord’ is one of his best-known and most highly-regarded works – and also one of the most complex and idiosyncratic in the pianist’s repertoire. The sonata’s four movements each represents a significant figure from the philosophical movement Transcentalism (Emerson, Hawthorne, The Alcotts, Thoreau) and the work contains many experimental tendencies: it is written without barlines, with advanced harmonies (in the second movement the pianist must create a chord by pressing a piece of wood on the keyboard), and contains quotations from other works, including Beethoven’s Fifth Symphony and his Hammerklavier piano sonata. Complex and challenging, the sonata contains instructions from the composer like ‘rush it!’ or ‘very fast, in a kind of reckless way’, encouraging the performer to be spontaneous, while the bar-less music creates a stream of musical and philosophical consciousness. It’s a big work, sprawling and at times difficult to comprehend, and it takes a skilled performer to make sense of it.

Cage: Sonatas and Interludes for Prepared Piano: Sonata No. 14 and 15, “Gemini” 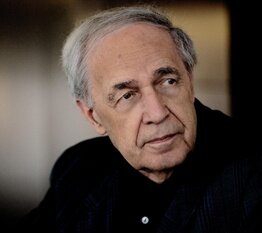 Completed in March 1948, John Cage’s Sonatas and Interludes are his most substantial work for his own creation, the prepared piano – a standard grand piano into which nuts, bolts, wedges of rubber, and other sundry items are stuffed between the strings or attached to the hammers according to detailed instructions from the composer. These items create myriad colours, textures and timbres, and also affect the pitch of certain notes. By removing pitch, Cage also removed harmony, thereby flying the face of the structures and processes that shaped Western music. The preparation also effectively “mutes” the piano’s natural voice, and so Cage’s softy-spoken Sonatas further undermine the notion of the piano sonata as a grand rhetorical or emotional statement by their modest sound and intimacy. The entire work is built on the Hindu aesthetic of rasa, which translates as “emotional character”, and each piece within it is modest and unhurried, allowing performer and listener to meditate on the subtle nuances of sound and voicing. The immediate effect is intriguing and engaging.

Pierre Boulez’ Piano Sonata No. 2 was also written in 1948 but it seems a world away from the intimacy of Cage’s Sonatas and Interludes. A sophisticated, serious and formidably confident work, Boulez drew on Beethoven’s style and structures, in particular the Hammerklavier Sonata (a direct reference to this sonata’s fourth movement fugue appears on the first page). Although it may not sound like it on first hearing – this work is energetic and engaging rather than gorgeous – Boulez’ second sonata shows a thorough appreciation of how a Beethoven piano sonata is structured, and Boulez handles his themes, development and recapitulation with an attentive rigour combined with exceptional compositional flair. It is the work of a young genius whose love of music was of key importance, and who would go on to take the self-satisfied classical music world by storm, as composer and conductor.