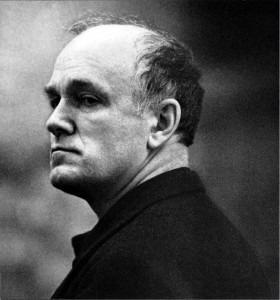 20th March 2015 marks the centenary of the birth of Sviatoslav Teofilovich Richter. Widely regarded as one of the greatest pianists of the twentieth century, Richter was, unusually, self-taught until he entered the Moscow Conservatory at the age of 22, where he undertook formal piano studies with Heinrich Neuhaus (who also taught Emil Gilels and Radu Lupu). It is said that Neuhaus declared Richter to be “the genius pupil, for whom he had been waiting all his life”, while acknowledging that he taught Richter “almost nothing.”


Richter was, and continues to be, acclaimed for the depth of his interpretations, virtuoso technique, and vast repertoire. Much of the fascination with Richter derives from the fact that we in the West knew so little about him until he was well into middle age. He played at Stalin’s funeral, but for political reasons he was not permitted to travel abroad until 1960, when he gave his first international concert in Helsinki. His first London concert was in 1961. His pianism combined astonishing technical mastery with a bold, wide-ranging musical imagination, profound insight and incomparable colourings, sound and dynamic shadings. He could project the inner voices of Schubert’s sonatas (which he particularly loved) and played the music of J.S. Bach with great clarity and independence. He was averse to the idea of the “career-musician”, and preferred to forge his own path in terms of programmes, concert bookings and the obligations of touring and recording. He enjoyed playing in small venues, off the beaten track, and during the war he performed in the Russian provinces, playing on indifferent school and community hall pianos which forced him to think beyond the instrument. Though the sound of the piano could not be changed, he believed he could draw the audience along with him through his extraordinary imaginative powers. Fellow pianist Glenn Gould described Richter as “one of the most powerful communicators the world of music has produced in our time”. 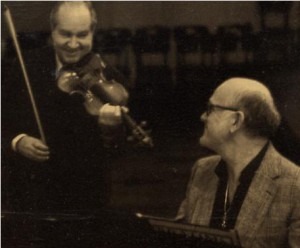 In addition to his solo work, he was a committed chamber musician and formed lasting musical friendships and collaborations with artists such as cellists Mstislav Rostropovich and Natalia Gutman, violinists David Oistrakh and Oleg Kagan, baritone Dietrich Fischer-Dieskau, pianist Elisabeth Leonskaja, and composer Benjamin Britten (watch the film of Richter performing Mozart duos with Britten and their pleasure in the music and one another’s company is delightfully evident). In 1963 he established an annual chamber music festival at Grange de Meslay near Tours in the Loire Valley in France, which continued for 30 years. He was also a voracious concert-goer and listener to LPs: his notebooks (published in Sviatoslav Richter: Notebooks and Conversations) bear witness to his appreciation of a wide variety of music, about which he wrote with knowledge and enthusiasm. 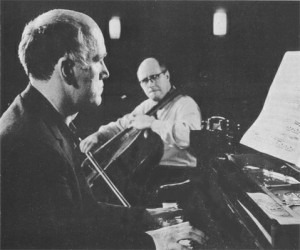 Richter’s repertoire was huge and encompassed music ranging from Handel and Bach to Szymanowski, Berg, Webern, Stravinsky, Bartók, Hindemith, Britten, and Gershwin. He claimed to have “around eighty different programmes, not counting chamber works” in his repertory. There are very few concert pianists active today who can claim to have a similarly vast repertoire in the fingers. Only perhaps Italian pianist Maurizio Pollini can match Richter in the breadth of his repertoire and his willingness to tackle the canon of western classical music from Bach to Boulez.

Those who were fortunate enough to hear Richter live talk of the intensity of his performances, especially in his later years. The auditorium would be almost completely dark, the music desk lit by a single lamp, the pianist hardly visible:

“I… play in the dark, to empty my head of all non-essential thoughts and allow the listener to concentrate on the music rather than on the performer. What’s the point of watching a pianist’s hands or face, when they only express the efforts being expended on the piece?” (source: Bruno Monsaingeon Sviatoslav Richter: Notebooks and Conversations)

His concerts were described as hypnotic, eclectic, spontaneous, unpredictable, emotionally exhausting (for the audience at least; not so Richter who seemed to feed off the delirious applause). Yet he shunned the limelight, claiming “I cannot live up to such a legend, I’m just a normal human being who plays the piano.”

Richter continued to perform until two years before his death. He died in Moscow from a heart attack on August 1, 1997 aged 82. At the time of his death, he was rehearsing music by one of his favourite composers: Schubert’s Fünf Klavierstücke, D459. His performances live on in people’s imagination and memories, and in the vast legacy of recordings, most of which testify to his greatness.