Concluding this series, we have reached the last composition for solo piano by Johannes Brahms (1833-1897) – Klavierstücke Op.119. It was written together with Op.118 during his stay in Bad Ischl in 1893. Consistent with the previous opus, this collection of piano pieces, as a constellation of imageries, has much diversity in its display of emotions – ranging from desolation to jubilance.

The first Intermezzo in B minor, marked Adagio, commences with sobriety, sentiment and despondency – which we may try to link with an old man near the end of his life. As the music transits into the middle section in D major, there is a gentle melody set in a swaying motion. Very soon the yearning intensifies with a surge in volume, leading the music to a climax.

In a letter from Brahms to Clara Schumann, he wrote that:
“The little piece is exceptionally melancholic and ‘to be played very slowly’ is not an understatement. Every bar and every note must sound like a ritard[ando], as if one wanted to suck melancholy out of each and every one, lustily and with pleasure out of these very dissonances!”

As the music returns to the first theme, it is further decorated with a middle line but quickly quiets down, bringing the music to a depressing ending. 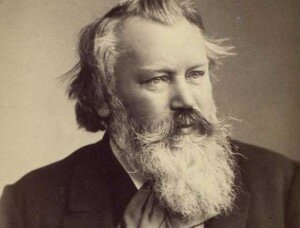 The second Intermezzo in E minor (Andantino un poco agitato), as its indication suggests, presents an agitating mood with repeated notes. Similar to the previous Intermezzo, it was written in ternary form. Emotions here are, yet, less well-defined. There was an ambiguous combination of sense of longing, anguish and frustration. The middle section (Andantino grazioso) in E major serves as both the structural and emotional core of the piece. It possesses a strong waltz-like quality and such fragile and transient beauty, probably as a form of personal recollections. This section also shows some resemblance to one of Brahms’ early works – Waltz Op.39 No.2:

The first theme returns only with minor modifications and eventually ends with some kind of “echo” with the central waltz.

The third Intermezzo in C major, marked Grazioso e giocoso, has the melodic line articulated by the right thumb. Contrasting to the previous two, it has a rather humorous character and is almost Scherzo-like. The initially lyrical thematic material is frequently interrupted by a comical two-bar phrase with a staccato touch. Then, the theme undergoes augmentation and is still disrupted by rapid descending arpeggios. The music becomes increasingly expressive but soon gives way to a light ending. 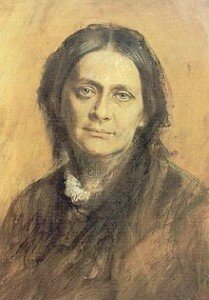 The end of our journey is marked by the triumphant Rhapsodie in E-flat major (Allegro risoluto). It begins with a heroic, confident and march-like quality, exhibiting a wide palette of orchestral colours – the main theme imitates the brass section with the support of timpani in the form of low octaves. The muscular, energetic nature of this work also reminds one of his earlier Rhapsodies Op.79. Unlike its predecessors, this work takes an arch form, and the first theme is then transformed into a passionate triplet section. The central section (marked grazioso), however, is delicate and graceful. Unsurprisingly, the peace is short-lived and soon the music returns to the triplet section – this time with even more agitation and energy. It then makes way for a transition back to the first theme. Surprisingly, the music modulates to E-flat minor and eventually leads to an apocalyptic conclusion.

Romanian pianist Radu Lupu is well known for his recordings of Brahms. Fully capturing the spirit of each piece, he was able to conjure up deep emotions from introspective pieces like the first Intermezzo and gave a deeply personal reading of the set. The highlight of this recording would be the Rhapsodie, which he gave a masculine and powerful account.

The above is a bootleg recording of Grigory Sokolov playing this set earlier this year. The tempo for No.2 was markedly slower than Lupu’s, creating an uneasy atmosphere (yet not totally “agitato”). The central waltz section was nonetheless heartbreakingly beautiful with a fabulously rich tone. The contrast between the more lyrical theme and the playful one in No.3 was also more prominent. One thing that makes Sokolov stand out from other pianists is his faithfulness to the score without losing originality. For instance, he was one of the few that observed the accent marks on the high-pitched octaves near the end of the Rhapsodie.

The emotions of Brahms, as in his music, had been suppressed throughout his life, including his love for Clara Schumann. The complicated and ambiguous relationship between him, Clara and Robert Schumann had a pivotal role in his artistic output and realisation, while his late piano works can be said to be the distillation of his emotional world and his life, after experiencing all the vicissitudes in his life. May I invite you to appreciate the ephemeral beauty and savour every moment of his music, which will be an enriching and rewarding experience for sure.