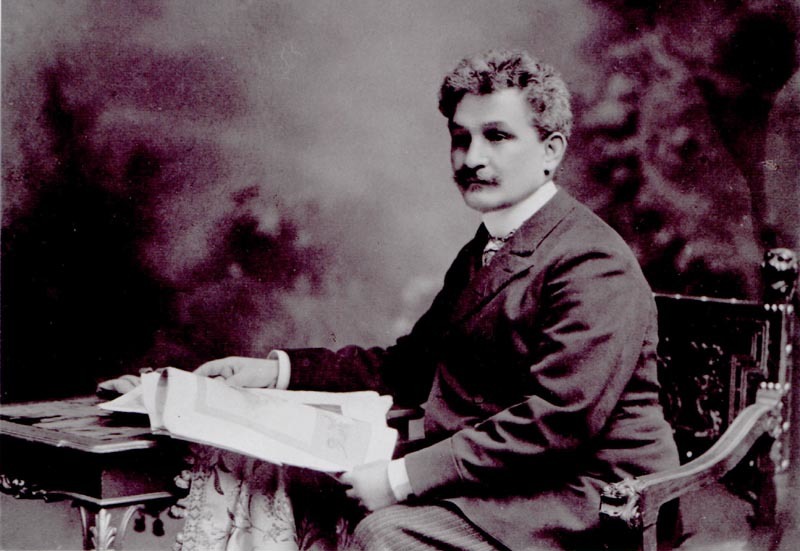 What if you had not 2 or 3 trumpets, the normal complement for an orchestra, but 12 trumpets? Well, then you’d write the Sinfonietta. The Sinfonietta, completed in 1926, was the last orchestral work by Czech composer Leoš Janáček. Now 12 trumpets is a lot of brass power – why on earth would he have written such a monumental piece?

The original intention was to write a series of fanfares for a gymnastics festival in Brno, Czechoslovakia, hence the 12 trumpets of the first movement. But the piece evolved into a full orchestral work and one with an underlying message as well – the fiercely nationalistic composer wanted to celebrate the independence of the country. Czechoslovakia became a country in October 1918, when it left the enfeebled Austro-Hungarian Empire. Czechoslovakia existed until 1939, when it was absorbed again into Germany, and then came back into existence in 1945, although functioning as a satellite of the Soviet Union. The country was finally peaceably dissolved into two parts (The Czech Republic and Slovakia) in January 1993.

So, back to the Sinfonietta. This work is in 5 movements and each movement has a descriptive title. Movements 2-4 celebrate familiar places in Janáček’s Brno:

The opening fanfare, with 9 trumpets, is a heroic statement guaranteed to catch your attention.

The second movement almost seems to start like film music and then the quick folk song–like theme enters. It’s rather a fierce dance before the more lethargic second theme. Through the movement, the work seems to maintain its mysterious air, with little string and woodwind figures hopping in and out.

The third movement takes us to an even darker place than did the second movement – new orchestral sounds come in – slight cor anglais and oboe solos, followed by a violin theme that doesn’t really go anywhere. Trombones insert a solemnity that the high winds seem to dance over the top of before the trumpets (only 9 of them) make a forceful interjection.

The fourth movement begins with a repetitive trumpet theme that forms the basis for a variation set – this is where Janáček is celebrating the birth of Czechoslovakia. 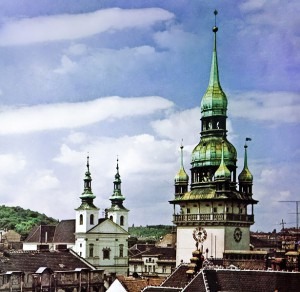 Beginning with the first theme played in reverse, mixed in with little woodwind dances, the fourth movement finally comes into its own with the arrival of the 12 trumpets in all their glory (03:47), with percussion behind them The Town Hall of the title is the Town Hall of Brno, Janáček’s home town.

There are a couple of interesting places where this work appears – the progressive rock group Emerson, Lake and Palmer used the theme from the first movement as the basis for their song ‘Knife-Edge’, which appeared on their first album.

And, if you listen until the middle of the work, you’ll hear a little bit of Bach as well: the instrumental middle section includes an extended quotation from the Allemande of J.S. Bach’s French Suite No. 1 in D minor, BWV 812.

Haruki Murakami’s 2009 novel 1Q84 begins with the Sinfonietta playing on a taxi’s radio and also appears several times later in the novel. The popularity of the novel has led to an increase in sales of recordings of the Sinfonietta in Japan, according to the Japan Times.