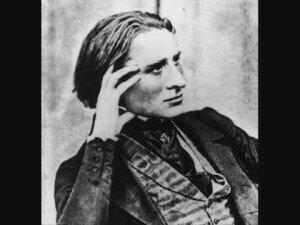 Towards the end of his long performance career, Franz Liszt finally managed to visit the Ottoman Empire in 1847. Liszt had wanted to visit Istanbul as early as 1838, and wrote to a friend, “… [I have a] desire and strong decision to go to Istanbul, although I would need signed letters of introductions for cities like Izmir, Istanbul and Athens from Prince Metternich.” In the end, the 1838 trip did not materialize because his mistress Marie d’Agoult was pregnant, however, Liszt continued to show great interest in all aspects of Turkish culture that had already attracted a number of his close friends. 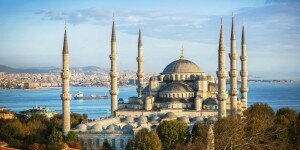 Comtess Marie d’Agoult reports “Liszt speaks and dreams only of the Sultan, and wishes to bring his music to the Ottoman people.” And in 1846, Gaetano Donizetti wrote to his brother Giuseppe, who was director of the Imperial Orchestra at the Ottoman palace, that “my dear friend Franz Liszt is greatly desirous to visit Istanbul.” 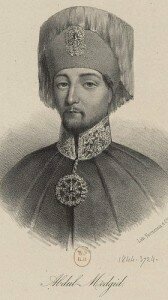 Eventually, with the help of his famous poet friend Alphonse de Lamartine, Liszt’s visit was scheduled for 1847, with a local newspaper excitedly reporting, “According to some accounts, Monsieur Liszt, who is famous among the piano masters and all the governmental centers in Europe, will come to Istanbul.” In the meantime, Donizetti had received confirmation from the instrument maker Erard in Paris, that as soon as Liszt arrives there, “Erard will sent a beautiful piano with seven octaves, so that the genius and piano-virtuoso will find a fine and worthy instrument at his disposal.”

Liszt, after playing concerts in Odessa and Elizabethgrad, arrived in Istanbul on 8th June 1847 by steamboat from Galatz and was welcomed by the pianist Baran Resta, the Sultan’s chief translator. Writing to Marie d’Agoult he subsequently reports, “His Majesty the Sultan was extremely gracious to me, and that after having compensated me both in money… and with a gift (a charming enamel box with brilliants), he conferred on me the Order of Nisan-Iftihar in diamonds. I admit that I was greatly surprised to find His Highness so well informed about my bit of celebrity that long before my arrival he had told both the Austrian Ambassador and Donizetti, that as soon as I had disembarked they were to take me to his Palace of Tcheragan.”

Liszt performed twice for Sultan Abdul-Medgid, the potentate who had ruled since he was sixteen, and who was highly interested in Western music and had a passion for the opera. A musical journalist provided the following humorous description: “Liszt was welcomed with enormous honor and compliment. A big celebration was made. The Sultan wanted to show his musical taste, and had invited an orchestra and singers to the palace. After the symphony and the chorus finished, Liszt was asked to perform. He played three pieces, the Andante from the Fantasy on Lucia die Lammermoor, his overture of William Tell and Norma. After the first pieces the Sultan called for water pipes, and he smoked with lust, making a noise like the Etna volcano. Liszt performed the final piece under a great cloud of smoke, and the Sultan winked one eye meaningfully and continued to smoke more excitedly. Liszt was very impressed with the Sultan’s modesty and knowledge, and he was invited to come to the palace again.” 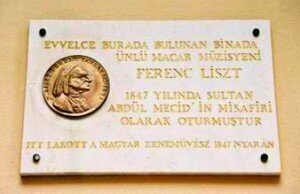 Liszt also gave a number of public concerts, including a musical matinee on 18 June at the Franchini Mansion at Buyukdere. Further private and public concerts were held at the Fethi Pasha Mansion and the Russian Embassy at Pera on 28 June. During this concert, “Liszt saw the panorama of Istanbul from the window and got really excited of seeing the east and the west at the same time. He even thought that he could seen Mount Olympus in the distance.” During his five-week stay, Giuseppe Donizetti hosted Liszt and he arranged accommodations for him at the home of the piano manufacturer Alexander Kommendinger. Donizetti had previously composed two marches for the Sultan, and at Liszt’s request, Donizetti gave him his compositions. “Liszt was in my house,” he writes. “He has just left. He wanted the notes of the two marches I composed for the Sultan. He said he was going to work them into variations sets.” Liszt first played the variations during concerts at Buyukdere on 14 and 15 June. Liszt eventually wrote out the manuscript and gave it to the Austrian ambassador, who passed it to the Minister of Foreign Affairs, who in turn presented it to the Sultan. In return, Liszt received the already mentioned enamel box studded with diamonds. Additionally, the Sultan handed Liszt a special seal, with the name of the composer written in Arabic alphabet with Turkish letters, and we do know that Liszt used it to seal a number of his letters. As it turns out, Istanbul delivered the perfect setting for Liszt to say goodbye to his life as a traveling virtuoso.