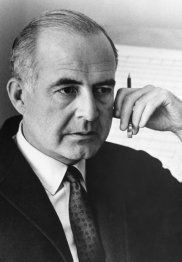 By the early 1940’s, the pianist Vladimir Samoylovich Horowitz — and his conducting father-in law Arturo Toscanini — had reached the pinnacle of fame in the United States. Described as a “tornado unleashed from the steppes,” Horowitz mesmerized audiences with interpretations that involved dynamic contrasts and exceptional range of tonal color, although he was rather consistently criticized for “illustrating that an astounding instrumental gift carries no guarantee about musical understanding.” Be that as it may, audiences could not get enough, as the pianist “sublimated a strong instinctual sexuality into a powerful erotic undercurrent which was communicated in his piano playing.” Horowitz once famously joked, “there are three kinds of pianists: Jewish pianists, homosexual pianists, and bad pianists.” Fact was, whatever Horowitz wanted, Horowitz got. And that of course also included dedicated compositions for his performances.

Excursions, Op. 20
Horowitz plays 1, 2 and 4
Horowitz and Toscanini had keenly followed the career of a highly talented young American composer by the name of Samuel Barber. By age 21, he launched himself into the spotlight with his first orchestral work, an overture to The School for Scandal. First performed in 1933, it secured Barber the American Prix de Rome and a Pulitzer scholarship. However, it was the Adagio for Strings — an arrangement of the slow movement of his String Quartet Op. 11 — that propelled and secured Barber a permanent place in the concert repertory of orchestras worldwide. Toscanini conducted the premiere in 1938 and remarked, “Simplice e bella” (simple and beautiful). By the time Horowitz came calling, Barber had not yet published any compositions for solo piano. And Horowitz, although he had taken American citizenship, was keenly aware of his immigrant status — particularly during times of war — and wanted to share his undying loyalty and patriotism to his adopted country with musical audiences nationwide. As such, it is hardly surprising that the Barber commission of 1942-44 demanded the inclusion of popular American musical idioms. 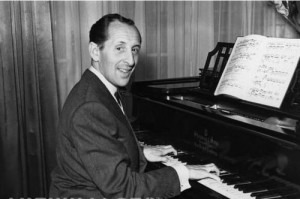 Barber responded with four piano bagatelles entitled “Excursions,” and eventually published them as his opus 20. Each movement is based on a folk tune or idiom that uniquely captures a slice of Americana. Barber explained, “these ‘Excursions’ in small classical forms, through their rhythmic characteristics as well as their source in folk material and their scoring, and reminiscent of local instruments are easily recognized.” The opening bagatelle, marked “Un poco allegro,” features a motoric bass ostinato, accompanied in the style of the boogie-woogie by a right hand providing an offbeat improvisatory melody. The second movement unfolds in the style of a blues, while the third excursion — in the style of a lullaby — sounds a set of variations on the popular song The Streets of Laredo. For his final excursion, Barber visits the American Rodeo — a competition sport originating in working and herding cattle — and the associated virtuoso square dance called a “Hoedown.” Horowitz premiered the set on 4 January 1945 in Philadelphia. However, the third excursion remained unperformed because it had not yet been composed. The completed set was finally introduced to the public in December 1948. Not entirely unexpected, the Excursions were highly acclaimed, and led Barber towards composing his impressive Piano Sonata in 1949. His Excursions, the sole experiment in a nationalistic vein, were indeed “excursion into a style not typical of Barber.” But then, Horowitz asked for it!