In Tune Society
Music and Technology
Flying Machines
by Georg Predota May 9th, 2018 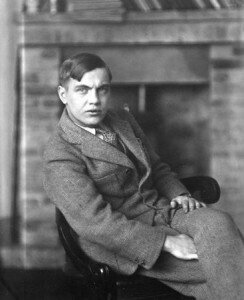 A 2014 report shows that 37.4 million commercial passenger flights had been scheduled in that year. That means that an average of 102,465 daily flights departed and landed in all corners of the globe. We have certainly come a long way since the first scheduled commercial airline flight departed St. Petersburg Florida on 1 January 1914, and landed in Tampa Florida 23 minutes later. The first passenger, a former mayor of St. Petersburg paid $400 to sit on a wooden bench in an open cockpit.

At the turn of the 20th century, the airplane was viewed as a distinctive icon of industrial society. And the American poet Harry Crosby likened the aviator to “the new Christ,” and the airplane as “the new Cross.”

This process of mythologizing aviation strongly resonated with the American avant-garde composer and pianist George Antheil (1900-1959) who musically explored the modern industrial and mechanical sounds of the early 20th century while studying in Europe. He began working on his first series of technology-based compositions in 1921 with his “Airplane Sonata” for solo piano. Ultimately, the work does not sound much like an airplane, but rather conjured up a more generic representation of a machine. 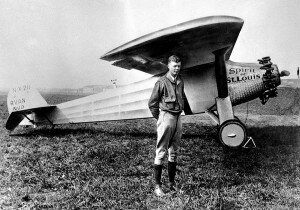 On 21 May 1927, the young aviator Charles A. Lindbergh landed his Spirit of St. Louis single-engine airplane near Paris, completing the first solo airplane flight across the Atlantic Ocean. The New York Times reported, “A crowd of 100,000 people gathered at Le Bourget Airfield and charged toward his plane in a movement of humanity. Not since the armistice of 1918 has Paris witnessed a downright demonstration of popular enthusiasm and excitement equal to that displayed by the throngs flocking to the boulevards for news of the American flier.” 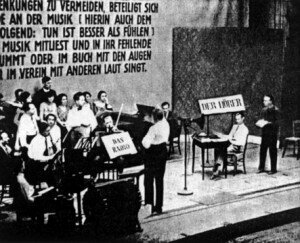 When Lindbergh returned to the United States, an estimated four million people attended a ticker-tape parade through New York City. It transformed an obscure aviator into a historical figure, and the consequences of this fame eventually turned him into an “embittered fugitive from the public.”

In 1929, Kurt Weill and Bertolt Brecht conceived of music for the radio celebrating heroism, with Lindbergh as the exemplar. Der Lindberghflug had a rather complicated history of gestation and underwent a number of substantial alterations, including added music by Paul Hindemith. 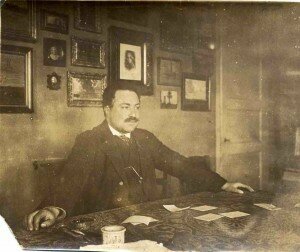 The painter Luigi Russolo opened his Futurist manifesto on music in 1913 with the following statement, “Ancient life was all silence. In the nineteenth century, with the invention of the machine, Noise was born. Today, Noise triumphs and reigns supreme over the sensibilities of men.” 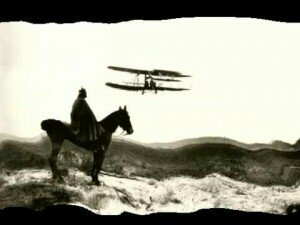 His compatriot Francesco Balilla Pratella (1880-1955), who became one of the leading advocates of futurism in Italian music, enthusiastically took up Russolo’s cause. Pratella designed his own musical program, advocating for “young music students to keep away from conservatories; ending the domination of singers; ending all nauseating Neapolitan songs and sacred music, and to promote new works in preference to the old.” His opera L’Aviatore Dro, composed to his own libretto, features a young pilot who attempts to escape the depravity of the modern world by flying adventurously out to sea. “He spirals upwards, attempting to meet the sky, then plummets violently to earth. He dies a dreamy death in which his vision takes him up to the sky once more.” 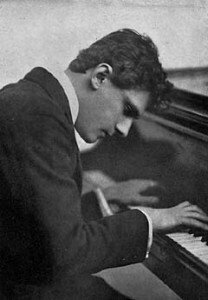 An early biographer of Leo Ornstein (1893-2002) wrote, “To many he represents an evil musical genius wandering… in a weird no man’s land haunted with tortuous sound, with wails of futuristic despair, with cubist shrieks and post-impressionist crises and crashes. He is the great anarchist, the iconoclast… His gospel is black heresy.” It may come as a surprise to you that this antichrist of music initially took composition lessons from Alexander Glazunov and piano instruction from Anna Yespipova at the Moscow Conservatory!

Once he immigrated to the United States, however, he soon moved in a different direction. His early piano works used the piano as a percussion instrument, pounding out savage rhythms with a raw primal energy that threatened to irreparable damage the mechanism of the instrument. His Suicide in an Airplane was said to have been inspired by a newspaper article in which an aviator took his own life by crashing his plane into the ground. It certainly dazzled the critics, but it does not take much imagination to hear the approaching plane, it’s circling over the listener’s head, and then flying off into the distance.

Leo Ornstein: Suicide in an Airplane