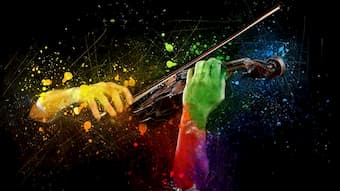 I have always liked songs in D Major. To me, this key is full of confidence and victory. It is a very bright key used frequently for symphonies, marches and various choruses. It’s been called the “key of triumph, war-cries, and of victory-rejoicing.” Now that’s what I call a key with a definite personality. And as you might imagine, it turned out to be a super popular key for composition. 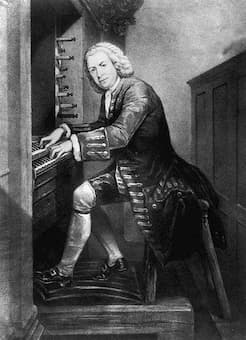 Of course, when it comes to ascribing emotional characteristics to different keys, not everybody tends to agree. To some ears the key of D major sounds “somewhat shrill and stubborn,” while to others it is “suited to gaiety or brilliance.” In the hands of Johann Sebastian Bach, however, the key of D major sounds simply glorious. Although Bach’s son Carl Philipp Emanuel probably added the parts for the trumpet, oboe and timpani, the 3rd Orchestral Suite is one of the best songs in D major ever. And it even includes the superlative “Air on a G string.”

Critics and scholars have told us that the key of D major was often reserved for ceremonial music. It certainly seems to have been one of the favorite keys of Wolfgang Amadeus Mozart. In fact, it was definitely the favorite key of his father Leopold. Mozart used the key of D major for happy compositions, usually calling for a degree of virtuosity no matter the genre or instrument. In 1786, Mozart was invited to travel to London, but his father strongly objected. Instead of going to London, Mozart accepted an invitation to Prague. Mozart was considered a superstar in that city, and he was treated like royalty. They offered him free lodging, food and every possibly convenience, and the city even organized a concert for his financial benefit on 19 January 1787. The evening was a huge success, and afterwards Mozart said he “counted this day as one of the happiest of his life.”

To celebrate, Mozart had originally intended to perform his “Paris Symphony” in D major, but in the end decided on the celebratory “Prague Symphony,” also scored in D major. When you listen to the opening fanfares in a brilliant D major, you quickly understand why this is one of the best songs in that triumphant key. 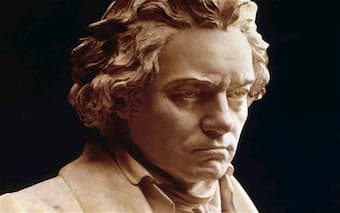 I generally associate Beethoven’s music with the heroic key of E-flat major, but he certainly liked the key of D major just as well. Glancing over his works, we find a number of piano and cello sonatas in that key. There is also a string quartet in D major, alongside his 2nd Symphony and the Missa Solemnis. We also find that a Serenade and the world-famous violin concerto are written in that key. But my favorite Beethoven in D major is the Piano Trio Op. 70, Nr. 1. It’s been nicknamed the “Ghost Trio” because of the sonic effects of the slow movements, and because Beethoven was simultaneously working on an opera based on Macbeth. It’s been said that the ghost of Macbeth might well have influenced the spooky feeling in the second movement. When Beethoven wrote this piano trio he certainly was not going to war. It’s more likely that he had a different conquest in mind, as the piece was written on the estate of Countess Marie von Erdödy outside Vienna. As usual, Beethoven didn’t get anywhere with women but he did compose one of the best songs in D major. 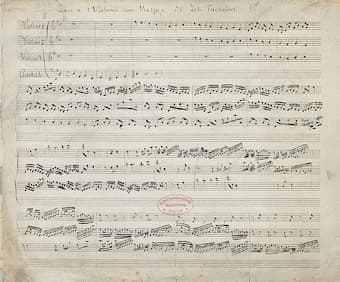 Do you know what little baroque composition achieved pop cult status in the late 20th century? I am sure you have heard it at weddings, funerals, graduations, and commercials of all kinds. I have also heard it in airports, malls and public toilets. I give you a hint; the German Baroque composer Johann Pachelbel composed that super versatile work in D major sometimes between 1680 and 1706. Aha, I hear you say, it can only be Pachelbel’s Canon. Of course, you are correct. Canons tend to be a little complicated, but this one is fairly simple. The canon is sung by three violins, and accompanied by the basso continuo. If you listen carefully, you can hear that the basso continuo repeats the same bass pattern over and over, and that the three canonic voices undergo a number of delightful variations. No wonder this little work is so popular, and it is certainly one of the best songs in the key of D major. 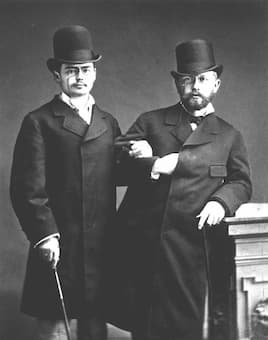 D major is a super popular key for violin concertos. Not only do we have the violin concertos by Beethoven and Brahms, but the wonderful Tchaikovsky concerto as well. For Tchaikovsky, this concerto certainly represents a bit of a triumph and of victory. In essence, Tchaikovsky had separated from his wife Antonina Miliukova and fled to a peaceful Swiss resort village on the shores of Lake Geneva. Feeling much more relaxed, Tchaikovsky reunited with his former student and lover, the violinist Iosif Kotek. Barely a year had past since the lovers had unceremoniously separated. Modest Tchaikovsky joined them, and the merry threesome undertook some scenic travels throughout Europe. Their passion rekindled, Kotek joined Tchaikovsky in Switzerland, and amongst a good deal of comforting, music making and other pleasantries, their renewed association quickly gave Tchaikovsky the idea of composing a violin concerto. And the result is one of the best songs in D major. Full of passion and bravado, the piece is packed with the kind of confidence expected from that particular key. There are literally hundreds of great songs in that key, but now you know my favourite songs in D major; what is your favourite? We will take a look at the best songs in the key of B minor in our next episode.