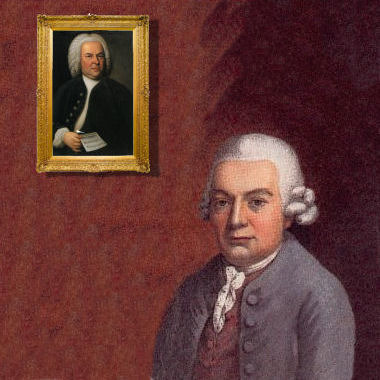 I have always wondered what it must have been like to grow up as the son of Johann Sebastian Bach. The old man was known around town as a strict disciplinarian and had, by all accounts, a fretfully quick temper! In addition, Sebastian was not merely a prodigious composer; he also sired twenty legitimate children. His first wife Maria Barbara Bach — the daughter of his Uncle Michael — gave birth to a family of seven, but only four children managed to live into adulthood. The second son from this rather incestuous union — the Bach’s preferred to keep the musical genes in the family — Carl Philipp Emanuel was born in 1714. As a child, C.P.E. was always pictured next to his mother, because his dad was rather busy tending to his musical duties in Weimar and subsequently with Prince Leopold at Cöthen. In 1720, while Johann Sebastian spent nearly a year with Prince Leopold’s court in Carlsbad, Maria Barbara fell ill and passed away. Eighteen months later, Sebastian married Anna Magdalena Wülken, who bore him an additional thirteen children.

We do know that C.P.E. was never able to accept his stepmother. From this brief biographical sketch it becomes very clear that the Bach household functioned in a clearly defined manner, with a traditional division of labor between husband and wife. Anna Magdalena was charged with looking after countless little feet running around the house, which included at least four assistants to Sebastian and a number of musical apprentices, while the husband minded all matters of education. And this, of course, included music lessons for his children. 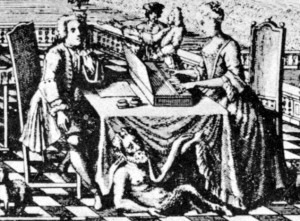 In his autobiographical sketch, C.P.E. makes it clear that he never had any music teacher besides his father; I will tell you more about this in a different context. Sebastian first sent C.P.E. to the Lutheran seminary in Cöthen, and subsequently enrolled him at the Thomasschule in Leipzig where he personally oversaw the boy’s general education. Sebastian was also determined that his son would have the university education he lacked, and enrolled him at the University of Leipzig as a student of law. A solid liberal education, so the old Bach argued, was the best defense against society’s prejudice that musicians were nothing more than ignorant servants. It certainly would allow C.P.E. to rise above the petty indignities he had personally suffered throughout his career. Encouraged and guided by his father, C.P.E. simultaneously pursued extensive university training and a professional career in music, as he had become his father’s most important musical assistant.

At age 24 C.P.E. was still living at home, however, he would soon enter into the services of Frederick the Great of Prussia. Although the assessment of the relationship between C.P.E. and his father changed dramatically in the course of the nineteenth century, C.P.E. always considered dad his teacher, his mentor, and his friend. Let’s not forget that we have to thank C.P.E. for the survival of much of J.S. Bach’s music. In his mating behavior C.P.E. rather predictably followed the example set by his father. However, he wisely limited his offspring to three children!