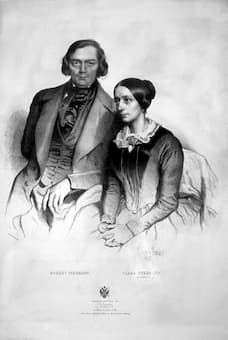 For that very reason, I have always been attracted to my favorite song in A minor, the piano concerto by Robert Schumann. Schumann writes to his sweetheart Clara, “I have already said to you that I can’t write a concerto for virtuosi and have to think of something else.” That something else wasn’t easy to compose, because Schumann tried four times to come up with a piano concerto. It seems that Schumann was looking to musically express his longing and love for Clara, and at the same time infuse the concerto with his ideas of musical poetry. Schumann then wrote a Phantasie for Piano and Orchestra, and Clara played the piece with Mendelssohn conducting. And from that Phantasie emerged the “something else,” a symphonic concerto in which the soloist and the orchestra don’t work against each other, but work together to express their mutual feelings and emotions. For me, it is one of the most glorious and intimate concertos ever written. 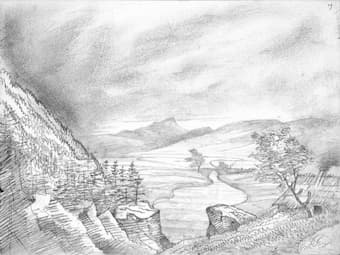 Speaking of Mendelssohn, he is another composer who wrote many songs in the passionate key of A minor. My favorite Mendelssohn song in that key is his “Scottish Symphony.” Mendelssohn explored the realms of the imagination, feelings, individuality and even irrationality. And he simply loved to explore Nature. During his journey to Scotland in 1829 he explores the rugged and harsh landscape that embodied a long and tragic history. He visited the Holyrood Palace in Edinburgh, where Mary was crowned Queen of Scotland. And he wrote to his sister, “I think that I have found the beginning of my Scottish Symphony.” There is a lot of folk music in this symphony, and some of the notes seem to come straight from a bagpipe. We also hear dance rhythms and a lot of stormy weather. And in the last section there is a military march, which Mendelssohn described as “fast and warlike.” There is lots of tenderness as well, and since it alternates so easily with the stormy sections, it is one of my favorite songs in A minor.

I have always wondered why my favorite Schubert song in A minor was called Arpeggione Sonata. After a bit of reading I found out that the arpeggione was actually a form of bowed guitar that was played like a cello. It had six strings and was tuned like a guitar with 24 metal frets fixed to the fingerboard. The Viennese instrument maker Johann Georg Staufer invented it in 1823, but the instrument was not successful at all. If Schubert had not written his sonata, nobody except some music historians would have heard of this instrument. Schubert wrote this song for the guitarist Vincenz Schuster, but is must have been difficult to play. Like many hybrid instruments, it had a very small sound and was easily overpowered by the piano. In modern times, it has been transcribed for viola, cello and bass, and there is even a flute version. Schubert writes such beautiful melodies, almost like songs without words. What a fantastic piece in A minor! 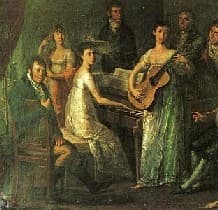 A lot of people really hate Beethoven’s “Fur Elise.” I think it’s a beautiful piece, and it is also in A minor. What makes this little gem so fascinating is the question who actually is Elise? I guess, people are still debating but I like the story of Beethoven falling in love with his beautiful student Therese Malfatti. Beethoven was already 40 and Therese only 18, but when the composer was invited to the Malfatti household he wanted to formally propose marriage. For that special occasion he supposedly composed a bagatelle. But then Beethoven got drunk and was unable to play. And since he could not propose either, he simply wrote “Fur Therese” on the title page. But since he was so drunk nobody could read his dedication correctly, so it eventually became “Fur Elise.” I am sure that’s not how it happened, but it’s still a very fun story. 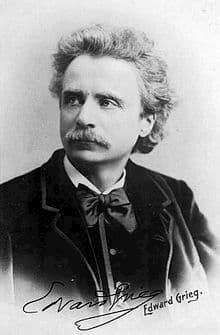 Maybe the Grieg piano concerto in A minor is the most popular of all piano concerti? You can hear it not only in the concert hall, but also in movies, comedy shows and on Broadway. And a couple of years ago, it seemed to be one of the most popular ringtones. Tchaikovsky wrote about the piece, “There prevails that fascinating melancholy which seems to reflect in itself all the beauty of Norwegian scenery, now grandiose and sublime in its vast expanse, now gray and dull, but always full of charms… and quickly finds its way into our hearts to evoke a warm and sympathetic response.” The piece was actually written in Denmark, when Grieg was trying to improve his health in a warmer climate. But that really doesn’t matter, as it is full of beautiful and charming melodies. The Grieg piano concerto in A minor is clearly on my list of best songs in that key, and it always sounds the tenderness of character that is ascribed to A minor. In my next blog I introduce you to my favorite songs in the bright and jolly key of G major.