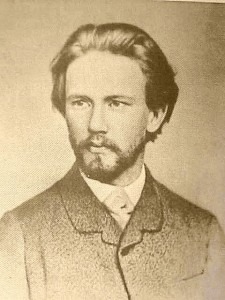 Following his separation from his wife Antonina Miliukova, Pyotr Ilyich Tchaikovsky (1840-1893) hastily fled to the town of Clarens. This small and peaceful Swiss resort village on the shores of Lake Geneva not only allowed him to mentally recover from a feeble attempt at suicide, it also saw the reunion with his former student and lover, the violinist Yosif Kotek, who also gave inspirations and advice to Tchaikovsky’s famous violin concerto. Barely a year had past since the lovers had unceremoniously separated, however, their passion had recently been rekindled. 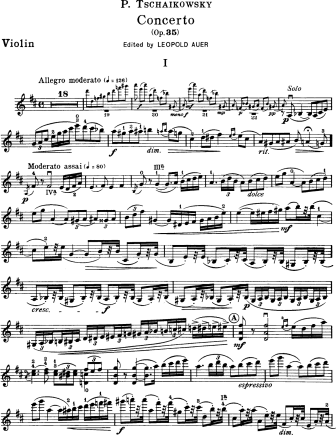 Yosif Kotek, ever so willing, provided his technical expertise and hands-on experience and within a month, the concerto was finished. Writing to his brother Anatoly, the composer rejoiced, “how lovingly [Kotek] busies himself with my concerto! It goes without saying that I would have been able to do nothing without him. He plays it marvellously!” Initially, Tchaikovsky wanted to dedicate the new violin composition to Kotek but feared that it would somehow draw attention to the true nature of his relationship with the violinist. By eventually dedicating the work to Leopold Auer—surely also a gesture of passive aggression towards his philandering lover—Tchaikovsky caused a permanent rift in the relationship.

Kotek hastily departed, and Tchaikovsky continued to complain about Kotek’s “unbelievable womanizing”. Kotek never forgave Tchaikovsky for changing the dedication, and when the composer approached him with a peace offering—formally asking him to publicly perform their concerto—he flatly refused. Although they would occasionally meet, love had clearly turned into contempt, and they found each other’s company “more unpleasant than pleasant,” and more “tiresome than attractive”. As it happens, contempt turned into pity when Kotek contracted tuberculosis and was sent to Switzerland for treatment. Tchaikovsky rushed to the bedside of his estranged and ailing lover, and dispensed various spiritual and physical comforts for six days. Kotek died, aged 29, and Tchaikovsky was charged with informing Kotek’s parents of their son’s untimely passing.