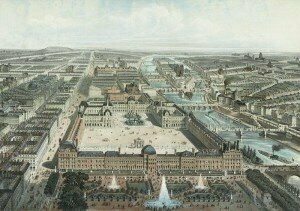 In the spring of 1778, the 22-year old Wolfgang Amadeus Mozart returned to the city of Paris. This time he was chaperoned by his mother—who would tragically fall ill and die—with father Leopold staying put in Salzburg to appease their employer Count Colloredo. Wolfie was hoping to make a splash on the public concerts series “Concert Spirituel,” but immediately there were problems. 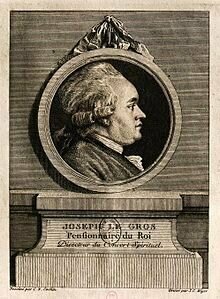 He claimed that the Italian composer Giuseppe Cambini had sabotaged a performance of his Sinfonia Concertante. To appease Mozart, Joseph Legros, the director of the concert series asked Mozart to write a new symphony. Mozart set to work and eventually played the work to two friends before the premiere. He writes to his father, “They both liked it very much. I too am very pleased with it. But whether other people will like it I do not know … I can vouch for the few intelligent French people who may be there; as for the stupid ones – I see no great harm if they don’t like it. But I hope that even these idiots will find something in it to like…” 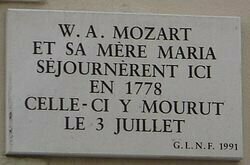 The dress rehearsal did not go well, and Mozart exclaimed, “I’ve never heard worse playing in my life!” However, the public premiere on 18 June fared considerably better. Mozart writes to his father, “In the middle of the opening Allegro there was a passage that I knew people would like; the whole audience was carried away by it, and there was tremendous applause.” Scholars are still debating the exact passage under discussion, but we know that the audience “liked the Andante, too, but most of all the final Allegro… I was so happy that as soon as the symphony was over I went off to the Palais Royal and had a large ice, said the rosary, as I’d vowed to do, and then went home.” The “Paris Symphony” is a unique document in Mozart’s oeuvre as it uses clarinets for the first time. Contemporary reviews suggested that the work “interests the mind without touching the heart,” but there can be no doubt that Mozart had written his grandest work of instrumental music to date.