When it came to my favorite songs in G major, I had to think a bit to come up with the best song. I have absolutely no such trouble when it comes to the key of E minor, there are so many wonderful pieces. Some of the characteristic of that particular key read a bit strange, but they were written almost 200 years ago. It is said that E minor is a “naïve key, and that it sounds womanly innocent declaration of love, and a lament without grumbling.” Songs in E minor are supposedly musical sighs accompanied by few tears, “and this key speaks of the imminent hope of resolving in the pure happiness of C major.” Some of these descriptions are really out of date, but I hope you will still enjoy my selections of the best songs in E minor. 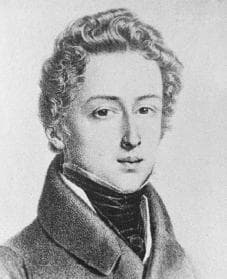 From the very beginning, Chopin felt very much at home in Paris. He was fascinated and even overwhelmed by the rich cultural life of the capital. He loved going to the opera, and he went to almost every recital by hundreds of pianists. Chopin even looked to take piano lessons from the famous virtuoso Kalkbrenner. And when he played for him his piano concerto in E minor, Kalkbrenner was very impressed. He said that Chopin played like “Cramer with the touch of Field.” Kalkbrenner didn’t like the concerto, and suggested that it “lacked method,” and that “Chopin would never play or compose properly unless he addressed this shortcoming.” Chopin was only twenty when he composed the Concerto in E minor. It was not easy for him, as he writes to a friend “The last movement is not yet finished because the right inspired mood has kept eluding me.” This is definitely one of my favorite songs in E minor, with the composer at such an early age addressing a huge emotional range.

Beethoven composed his E minor Piano Sonata Op. 90 in 1814 for Count Moritz Lichnowsky. The Count was a very good pianist, who had supposedly taken lessons from Mozart. In the event, the Count was rather surprised to receive this dedication, and he asked Beethoven what the sonata meant? Beethoven replied that the first movement represents the “Battle between the head and the heart,” and the second a “Conversation with the beloved.” 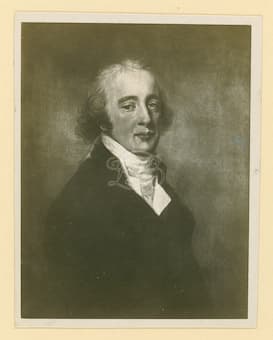 But Beethoven wasn’t talking about himself, but about the Count’s affair with his future wife, the singer and actress Josefa Stummer. Although he was still married to his first wife Maria Anna, the Count was torn between staying with his current wife or eloping with his lover, who had already born him a child. This is one of my favorite Beethoven sonatas, and it is in the key of E minor. It’s not as emotional and musically intense like some of his earlier works, but an expression of intimacy and delicacy. This sonata is a highly intimate and personal mode of communication, and for me it is one of the best songs in E minor. 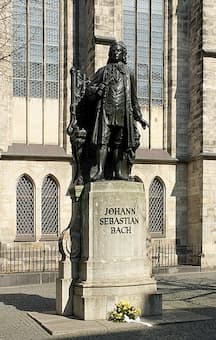 Statue of J.S. Bach in Leipzig

For me personally, Johann Sebastian Bach is probably the greatest composer in the history of Western music. And from a musical perspective, the St. Matthew Passion is the longest and most elaborate work he composed. For the entire work, “which interweaves Matthew’s Gospel story and Christ’s crucifixion with choral movements and instrumental accompaniment, Bach uses the key of E minor to represent and illustrate the crucifixion story.” As a scholar writes, the “E minor passages coincide with the successive stages of the Crucifixion drama.” A contemporary music theorist looked at this piece and wrote, “Whatever one may do with it, it will remain pensive profound, sad, and expressive of grief; in such a way however, that some chance of consolation remains.” For Bach, the key of E minor was ideal to show the suffering and grief of Christ, but it still offers a glimpse of hope in the resurrection. This is one of the greatest songs in E minor ever, and it certainly is a monument to the spirit of humanity, specifically in trying times like this.

Dvořák: Symphony No. 9 in E Minor, “From the New World” 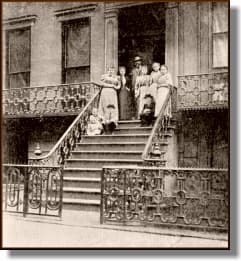 Antonín Dvořák and his family in New York, 1893

Dvořák was already world-famous when he was invited to America to help establish a distinct American style of music. In his native Bohemia, he had already written many works that used folk songs and folklore. Dvořák spent his holiday with a Czech immigrant community in Iowa, and he composed three works; the American string quartet and quintet, and the really famous 9th Symphony in E minor. Today we know that work as “From the New World,” and it seems full of homesickness. But as in my other examples, the key of E minor is always looking towards a happy conclusion. For Dvořák that probably meant, he was looking very much forward to returning to his homeland. 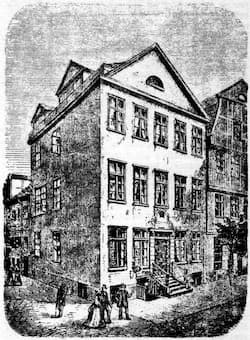 Birthbouse of Felix Mendelssohn and Ferdinand David in Hamburg

Sometimes, life can be remarkably coincidental. The great German violin virtuoso and composer Ferdinand David was born in the same house in which Felix Mendelssohn had been born a year earlier. Not surprisingly, the two musicians became good friends and Mendelssohn writes to David, “I should like to write a violin concerto for you next winter. One in E minor runs through my head, the beginning of which gives me no peace.” It took Mendelssohn a bit of time to finish the composition, but when David premiered this great concerto in E minor, it was an instant hit. It still is a cornerstone of the repertoire today, and one of the best and most beloved songs in E minor.