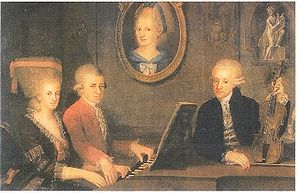 The name “Mozart” is almost universally associated with the musical genius of Wolfgang Amadeus. However, Wolfie was not the only Mozart with significant musical talent, just take a quick look at his father. Johann Georg Leopold Mozart (1719-1787) was a controversial figure among his biographers. He was either seen as “a man of broad cultural achievement who was difficult to please and at times intractable who deeply cared for his son but was frustrated in his ambition to secure for Wolfgang a worldly position appropriate to his genius.” 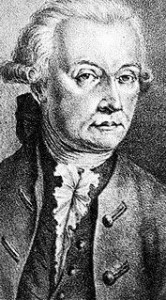 Alternately he is described as “excessively manipulative, intolerant, and autocratic, resulting in considerable hardship for his children.” While these subtle differences will undoubtedly be debated for some time to come, we know that Leopold was born in Augsburg and sang as a choirboy at an early age. Once he had made his way to Salzburg, he abruptly ended his schooling and decided to become a professional musician. By all accounts, Leopold was a prolific composer who wrote in almost all musical genres of his time. However, posterity primarily remembers him as the author of a highly influential violin method, and as the pedagogue who fostered, developed and displayed the musical talents of his children. 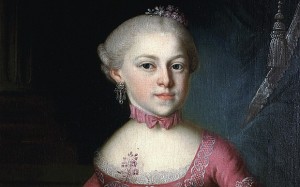 Leopold and Anna Mozart were first blessed with a surviving daughter. Maria Anna Walpurga Ignatia Mozart, commonly known under her nickname “Nannerl,” was a prodigious musical talent and her father proudly reports, “My little girl plays the most difficult works which we have with incredible precision and so excellently. What it all amounts to is this, that my little girl, although she is only 12 years old, is one of the most skillful players in Europe.” The musical press hailed her as “a musical prodigy,” and “a singular genius,” but by 1769 Nannerl could no longer be sold as a child prodigy, and her performing career ended. We do know that Nannerl dabbled in composition, as her brother Wolfgang writes from Rome in 1770, “My dear sister! I am in awe that you can compose so well, in a word, the song you wrote is beautiful.” Sadly, none of her compositions have survived, however, there is much debate on how much credit Nannerl might deserve for the first symphonies and 4-hand keyboard sonatas published under her brother’s name. At the time of composition, Wolfie could not yet read or notate music, so it is clear that Nannerl helped him to write down the music. As such, there might be substantial bits by Nannerl and Leopold in these compositions! 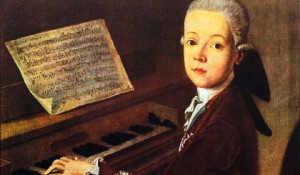 We should certainly give Leopold Mozart credit for sacrificing his performing activities in order to further the career of his son. While he instructed young Wolfie in the rudiments of music, there can be no doubt that Nannerl was his earliest musical role model. Wolfie was 5 years younger than his talented sister and immediately began to imitate her. In fact, he idolized his sister. Count von Zinzendorf writes, “The poor little fellow plays marvelously. He is a child of spirit, lively, charming. His sister’s playing is masterly, and he applauded her.” The contemporary press applied the “genius” label to Nannerl’s performances, and the historiography of music applied it to Wolfie’s compositions. We should nevertheless remember that Wolfgang reached maturity as a composer at a comparatively late stage. His public performing career brought him to various cities in Italy, Germany, Austria, France and England. He met the leading composers of his days, and was exposed to a variety of compositional styles, tastes and genres. Once he synthesized these experiences, he clearly became one of the leading composers in the late eighteenth century. 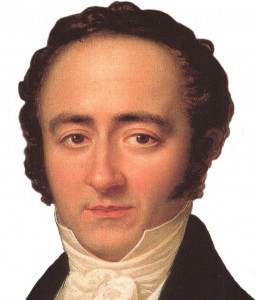 The musical genome of the Mozart family continued into the next generation. Wolfgang and Constanze had 6 children, but only 2 survived into adulthood. Karl Thomas Mozart had virtually no interest in music at all, and he remained unmarried and childless. Franz Xaver Wolfgang Mozart (1791–1844), who was only four months old when his father died, however, had “a rare talent for music.” Although there is some question as to who was actually his biological father, Franz Xaver was a gifted pianist who toured through the German speaking parts of Europe, but also Denmark, Russia and Italy, and then spent most of his life as a private music tutor in the Ukraine. Franz Xaver composed about 30 compositions, assorted Sonatas, some chamber music and 2 piano concertos, with his music remaining stylistically firmly in the mature musical style of his father. He remained unmarried and had no children, and the great Mozart musical lineage sadly came to an end.