Randall Snyder spent the majority of his professional life at the School of Music at the University of Nebraska-Lincoln. Appointed Composer-in-Residence, his contributions have been acknowledged by various Artist Fellowships from the National Endowment for the Arts. Son of a professional Jazz musician, Snyder initially studied saxophone and after earning his degree taught courses in Jazz, Ethnomusicology and Rock & Roll. Significantly, he also received fellowships to study Korean music at the Traditional Performing Arts Institute in Seoul. This encounter with music of the “Other” spawned a crisis in his creative life that reflected his dissatisfaction with the aesthetics of originality and innovation demanded by 20th-century Western European art music. As such, Snyder set out to create three oriental portraits that attempt to combine his Western background with elements of ancient Asian musical practices. 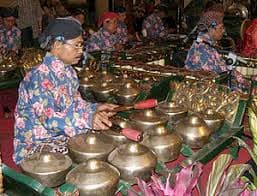 Jasmine Dreams fuses various aspects of arranging and transcription with original composition. Inspired and based on a Balinese melody, “Légong Mantra” presents 23 heterophonic variations, with the orchestration alluding to the sonorities of the Indonesian Gamelan percussion ensemble. “Odalisque” is an arabesque based on an ancient Persian mode, which uses several microtonal intervals. According to Snyder, “Sarang Ga” is a free transcription of a Korean folk song, found in the P’ansori, its epic song tradition. It opens with the percussion playing the Chajinmori changdan, a Korean rhythmic pattern alternating 12/8 meter with 6/4. The vocal nature of this song is conveyed through various ornaments. Most of this transcription retains the monophonic character of the original with only occasional harmony added.