I have a huge list of favorite songs. Actually, there are so many different kinds of songs in my list that I get easily confused. So I was thinking of organizing them somehow, but that’s still not so easy. If I put all my favorite piano pieces together, well, it’s just a very long list of piano pieces. Then I thought about putting together all my favorite string quartets and other groups, but that’s also not really what I had in mind. And then I read on Interlude a series of very interesting articles on “How You Should Feel in a Key.” It seems that there was in the past an association of musical keys with specific emotional characteristics. Since we hear a lot of music on modern instruments nowadays, we seem to have lost that connection. But it still sounds like a great way to organize my favorite songs.

So let’s get started with a key that has been called, “completely pure, full of innocence, simplicity, and naivety.” Supposedly, it’s like listening to children talking to each other. And that special key is C major, the one that uses only the white keys on the piano keyboard; well mostly. It’s a difficult choice, but here go my best songs in C major.

Mozart: Symphony No. 41 in C major 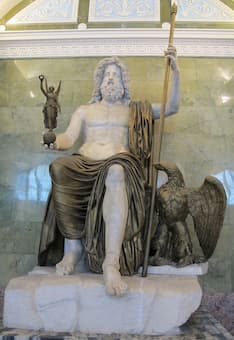 I really don’t believe that Mozart’s “Jupiter” is simplistic and naïve. When people heard it for the first time, however, they did make references to purity. “How pure and clear are all the images within,” writes a critic. “No more and no less than that which each requires according to its nature… Here is revealed how the master first collects his material separately, then explores how everything can proceed from it, and finally builds and elaborates upon it.” And a generally grumpy Brahms wrote, “I am able to understand too that Beethoven’s first symphony did impress people colossally. But the last three symphonies by Mozart are much more important.” To be sure, the marvelous fugal coda combining five different motives is no idle chatter of children. It sounds more like the Roman god Jupiter—and that’s also the nickname of this symphony—is throwing lightening bolts and thunder from the sky. Not all the movements of my favorite Mozart symphony are in the key of C major, but it certainly starts and ends that way. It’s undoubtedly one of the best songs in C major ever. 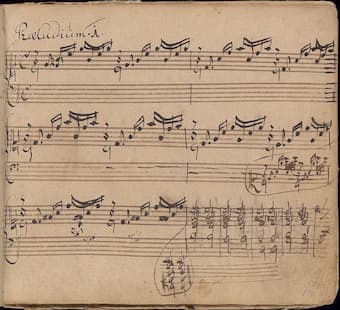 Johann Sebastian Bach must have known all the association of musical keys with specific emotional characteristics. Otherwise he would not have twice composed a series of 24 preludes and fugues. These collections are known as the Well-Tempered Clavier, and part of the repertoire of every aspiring pianist. And if you have ever touched a piano in earnest, you will have played the prelude in C major from the first book of the WTC. You could call this song innocent and simple, but naïve it is clearly not. It started out as an exercise for his son Wilhelm Friedemann, and there is no real melody to the prelude, only broken chords. But it still is a little difficult, as the ear needs to hear the phrases and the individual notes that change from one harmony to the next at the same time. The prelude in C major is really famous, but the corresponding fugue is also very nice. 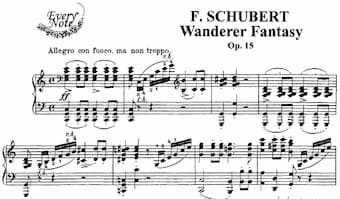 It was a difficult choice between the Schumann Fantasy in C major and the Schubert Fantasy in C major, but in the end, Schubert won. For my ear, Schubert is simply the best poet of the piano, and this piece is terribly difficult to play. I guess, Schubert wasn’t a great pianist either as he said of his Wandererfantasie “the devil can play it.” This great song in C major is actually four songs, all rolled into one. Each of the four songs, played together without a pause, starts with the opening phrase of the famous Schubert Lied, “Der Wanderer.” This is one of my all-time favorite songs for solo piano, and certainly a favorite in C major. 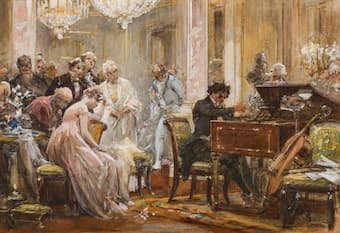 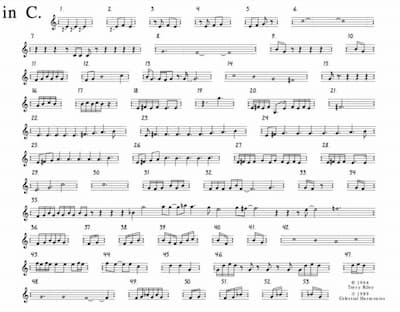 To conclude the best songs in C major, I have selected an unusual piece: Terry Riley: In C. I simply love the fact that music does not always have to be written down exactly. In C is for any number of performers, and they play—whenever they feel like—one of 53 short musical phrases, and then repeat them for however long they want. It does start off with a pulse on a C major chord, but after that, players play their phrases starting at different times. I guess, they do need to have somebody to tell them when to stop. What great fun, and clearly classical music is anything but predictable and boring. Now you know all about my best songs in C major; next time we will look at the key of A minor.