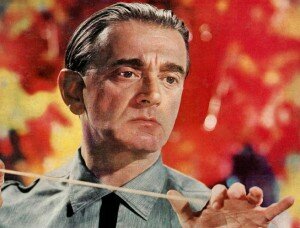 The four cello concertos of Karl Davidov are remarkable and should be included in our list of concertos which deserve to be played. The Davidov Concerto No. 1 in B minor is on the shorter side at twenty minutes, but it is a work with depth, brilliance, and passion. Since we featured the concerto in a previous article, I thought I’d introduce you to his Concerto No. 2 in A minor, a very compelling work. 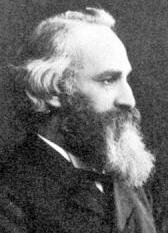 Did I say Samuel Barber’s concerto was one of the most technically demanding pieces in the repertoire? Davidov’s concerto takes tremendous technical aplomb. The cadenza is not only full of double stops but the composer added trills to the double notes—an especially acrobatic feat. The slow movement is expressive, and mellifluous, and the finale is high-spirited, quick, and fiendishly demanding. Talk about a knuckle buster! No wonder Davidov was called the “tsar of cellists.” Russian cellist Marina Tarasova undertook to record all of Davidov’s compositions, one of the first to focus on these neglected works. Listen to her dazzling performance of the concerto. What a shame we don’t hear it more often. 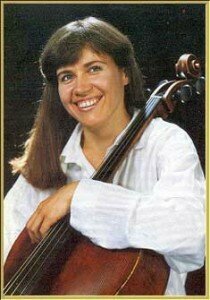 Another composer whose cello concertos have been virtually forgotten are those of Joseph Joachim Raff (1822-1882). A music teacher and prolific composer, once the assistant to Franz Liszt, Raff’s first cello concerto premiered in 1874 in Dresden, and featured none other than the virtuoso Friedrich Grützmacher. The immediately riveting and melodious Concerto No. 2 in G major, was not premiered nor even published until 1997. 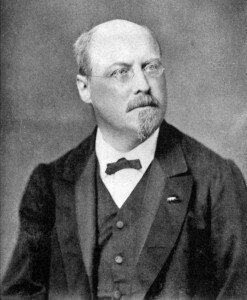 Letters attest to the fact that the work was requested by and written for David Popper, but for some reason, there seems to have been some disagreement, and Raff abandoned the piece with no mention of Popper in the score. The first movement highlights the upper registers with delicate filigree. The slow movement exemplifies the lustrous tones of the cello from its deep baritone to a coloratura soprano. The last movement begins with a trumpet fanfare, announcing spirited music ahead and indeed the ebullient cadenza tops off the piece. It is a concerto full of romantic fervor, charm, and brilliance. German cellist Daniel Müller-Schott has recorded both of the concertos. 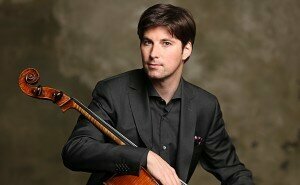 Two composers who both composed a large number of successful film scores are often discussed together. Erich Wolfgang Korngold, born in Austria in 1897, was an astounding child prodigy who emigrated to the United States before the Second World War. His film scores were grandiose and symphonic, and he became the most influential composer in Hollywood in his day. The Hungarian, Miklós Rózsa (1907-1995), also found sanctuary in Hollywood. Writing more than 100 movie scores, he attained significant fame in the film world, earning seventeen Academy Award nominations, and winning three. Both composers maintained their love of composing classical music but for the most part, their association with Hollywood made them ineligible in some circles as “serious” composers.

Korngold wrote a cello concerto first featured in the movie Deception, performed by the wonderful cellist Eleanor Aller, and later expanded and published as the Cello Concerto in C, Op. 37 in one movement. Although very short, it is extremely satisfying for both the audience and the performer. It has a fascinating history which you can read more about in our previous article, “The Conductor Gets it in the End.” 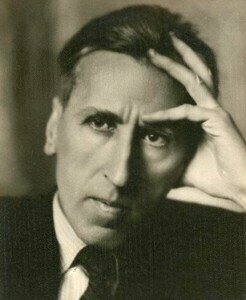 Rózsa’s Violin Concerto, Op. 24, was composed in 1953–54 for Jascha Heifetz. Subsequently, János Starker asked Rózsa to write a cello concerto, which was written between 1967 and 1968. In 1969 Starker premiered Rosza’s Cello Concerto Op. 32 in Berlin.

In three movements, the work utilizes a full orchestra, including a large percussion section and even a celeste—a bell-like keyboard instrument (best known for its role in Tchaikovsky’s Nutcracker Suite), which creates some eerie effects in this piece. The concerto is appealing, dramatic, and in a more modern idiom. It opens with impetuous low Cs—the lowest note on the cello—peppered by timpani strokes, and is followed by a vibrant string and brass melody, and fast intense passages. A difficult cadenza features grandiose pizzicatos and wanders well up into the highest positions. The cadenza and the haunting solo sonata-like opening of the lento movement is reminiscent of Zoltán Kodály’s Solo Sonata. Later, cello harmonics merge with the celeste and a remarkable, unique effect is created. The last movement allegro vivo marcatissimo, or stressed, is full of contrasts—aggressive, rhythmic, with a sul ponticello section, that is, playing on the bridge of the instrument for a ghostly effect. The large percussion section interjects with frequent and brusque punctuations. This is a terrific concerto, a showpiece, and definitely worth performing. 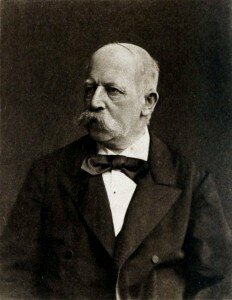 Kabalevsky’s Concerto No. 1 in G minor, Op. 49 is one that many cellists study, and although it was designed for young players, it is far from a student concerto—especially if it’s played as fast as Yo Yo Ma plays it! Written in 1948/49, it is full of lyrical Russian folk melodies in keys that vacillate from major to minor producing some tonal ambiguities, but it is a traditional work and exceptionally appealing. It is in three movements. The Largo molto espressivo based on a folk song, is dedicated to fallen soldiers, Listen for the magical duo with horn. The last movement, a set of variations, again is based on a familiar Russian folk song. Kabalevsky received acclaim from Russian audiences and he was one of the composers who narrowly missed being denounced as other Soviet composers had been in the 1940s. He continued to teach and compose but his music is still less well-known today.

Kabalevsky: Cello Concerto (Yo Yo Ma)
Robert Volkmann was born in Saxony in 1815, and became professor at the Franz Liszt Academy in Budapest. Hungarian idioms permeate his music. He wrote an effective single-movement Cello Concerto in A Minor Op. 33. Apparently, he too ran into a disagreement with David Popper over this concerto, perhaps due to the fact that Popper was a composer as well as a brilliant cellist, and it is thought he wanted more flashy cadenzas. There is no orchestral introduction. The cello begins with a passionate melody but within moments transitions into treacherous octaves and fancy finger-work. The second movement is in a recitative-like style, rhythmically free, and punctuated by pizzicato and chords in the orchestra. It’s an unusual approach. As the tempo accelerates it becomes more riveting, and seamlessly evolves into a cadenza. A dramatic fugue in the orchestra brings the piece towards its climatic end—the cellist again is called upon to play long sections in octaves, another extended cadenza with theatrical harmonics, then Volkmann fools us, and the piece ends somberly, with a high E in the cello, before terse chords bring the work to a close.

The aforementioned cello concertos are all works a cellist could have as part of their offerings that would be appealing to performer, presenter and the audience. Next, we will examine a few concertos of our time. Every solo cellist ought to consider having one or two of these new works in their repertoire.