Playlists
Cello Concerto Overview: The Ought to Haves Part I
by Janet Horvath October 6th, 2018

Musicians through the ages have had a keen sense of responsibility to the music of composers of their time. We are fortunate there were cellists who inspired composers to write new works for the instrument, (Rostropovich inspired both Prokofiev and Shostakovich); cellists who directly commissioned works, (in the case of Walton’s Cello Concerto: Gregor Piatigorsky) and cellists who advocated, sometimes strenuously, for new music for the cello (in the case of the Dvořák’s Cello Concerto: Hanuš Wilhan). It is no less important to champion the music written today. Many prominent composers are composing cello concertos and every cellist ought to include some of these works in their repertoire. I’d like to draw your attention to excellent works of six composers, which you may not know about. 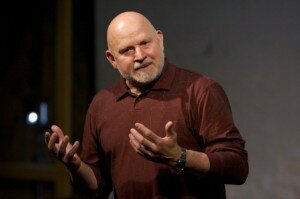 Latvian composer Pēteris Vasks, born in 1946, has written two wonderful cello works. The son of a Baptist pastor, he studied the violin and the double bass, which he played in several Latvian orchestras. His studies were interrupted due to the repressive attitude towards Baptists by the Soviet regime, and Vasks only became known outside of Latvia due to the efforts of violinist Gidon Kremer. Pēteris Vasks’ first Cello Concerto, recorded by David Geringas, as well as Steven Isserlis is in five movements. Vasks takes full advantage of the poignant beauty of the cello sound to convey yearning, and dreaming, as well as despair, and anguish. It is powerfully orchestrated with full winds, brass, and percussion. The cello part has a fiendishly difficult cadenza and goes into the highest extremities of the range, eventually fading out with eerie high harmonics, piccolo, xylophone, and harp.

Vasks’ Concerto No. 2 Presence for cello and string orchestra, came to be due to the tenacity of cellist Sol Gabetta. When she was eighteen, she heard and fell in love with Vasks’ solo cello piece Grāmata čellam. Once she established a prominent career, Gabetta pursued Vasks until he agreed to write a piece for her. The composer explains the title Presence, “by which I mean that I am here. I am not distant. With every breath, I am here in this world, with all my ideals and dreams of a better world… [the work] is dominated by a mood that suggests the soul ascending into the cosmos. I was then inspired to conjure up the idea of the soul returning to earth and starting a new life…in the form of a lullaby.” 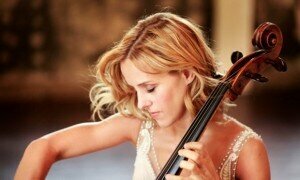 The concerto is traditional in its three-movement form and diatonic style. But unlike most concertos it opens with an extended 4-minute cadenza, beginning with arrhythmic col legno—the sound of hitting the strings with the stick of the bow. The piece soon blossoms—radiant, full of pathos and grief, occasionally interrupted by a spirited, rhythmic section. The composer alternates between a foot stomping 2/4 section and a waltz-like 3/4, and not unlike Ravel’s La Valse, there is an agitated breaking apart of the dance. In the cadenza, Vasks uses the resonance of open strings to enhance other double notes and the result is dramatic and intense. Each time we return to the gorgeous, resplendent melody line in the cello. Thirty-six minutes into the piece there is a stunning surprise. The lullaby the composer introduces, is the solo cellist herself singing a chant while accompanying herself of the cello. Very difficult to do and quite haunting. The piece ends with glissando trills on ambiguous pitches, like a bird flying and soaring to heaven. This is an eloquent and compelling piece well worth learning and listening to.

Errollyn Wallen, born in Belize in 1958, based in the UK, is considered “the Renaissance woman of contemporary British music”. Yet she has defied categorization. She is a singer-songwriter, a pianist, a composer of opera and stage works including ballet, a composer of chamber music, song cycles with dance and film, jazz, piano solos, choral music, a hit children’s opera, and an award-winning percussion concerto for Colin Curry. Her output is astonishing. 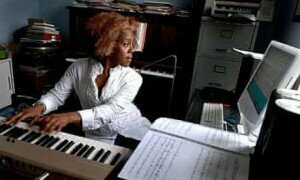 Errollyn Wallen: Cello Concerto (Matthew Sharp)
Wallen’s Cello Concerto was commissioned by The Orchestra of the Swan, and premiered in 2008 by cellist Matthew Sharp. It is also for cello and strings, and relatively short at twenty-two minutes, but don’t let that fool you. It is brilliant, full of jazz touches, intricate dance rhythms, and in improvisatory feel. This work also opens with a passionate and free-style cadenza of over four minutes. Much of the concerto is cantabile, (smooth and singing), and traverses the entire range of the cello. There are two short cadenzas, the first is technically complex, the second towards the end of the piece, intense and anguished. Wallen sums up in tragedy with a heart-rending melody accompanied by soft tremolo strings in the background, ending as if interrupted, with a trill, and leaving us with a question mark. Her music is free-spirited, gutsy, and enthralling. 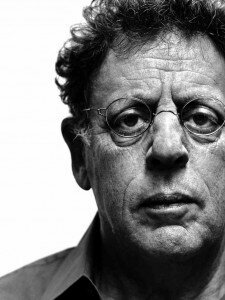 Philip Glass has written two cello concertos. His first concerto (2001) was commissioned by William and Rebecca Krueger, in honor of Julian Lloyd Weber’s 50th birthday and premiered by him in China under the baton of Long Yu. The piece starts with fierce allure, repeating patterns punctuated with strident trombones and flutes. A transformation occurs with the entry of the celeste and a gentle oboe line, and the music becomes sweeping and expressive. The second movement opens with elegiac chorale-like writing in the brass. The cello enters with poetic lyricism. Repetition, or minimalism, which is a feature in all of Glass’ writing, is mesmerizing here. While the cello plays a simple singing melody, the strings accompany with ephemeral scale-passages, then they trade paces, the cello plays the scales, and the strings enter with a sweeping descant. The last movement harkens back to the dark opening theme but it builds in tempo, spirit, and depth—punctuated by chimes, and brass—and ends decisively.

Following the tradition of composers like Korngold and Rosza who wrote for movies and then adapted the music for solo cello, Philip Glass rewrote his score to the 2002 film Naqoyqatsi: Life as War, originally performed by Yo Yo Ma. 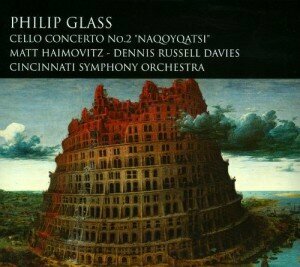 Philip Glass: Naqoyqatsi (Yo Yo Ma)
New World
Intensive Time
The Vivid Unknown
The new version was commissioned by the Cincinnati Symphony while Glass held the title of Creative Director with the orchestra. Cello Concerto No. 2 draws from the score of the film but is reduced from the eleven movements to seven. The work begins like Mars from Holst’s The Planets—a low robotic voice, in an irregular rhythm. When the cello enters with an undulating and beautifully written theme, we feel the power and passion conveying melancholy, remorse, and regret. The fourth part begins with pristine harmonics in the cello accompanied simply by soft percussion, like thunder in the distance. Movement seven also begins with a tender cello cadenza, some of it suggestive of solo Bach. This work, although it has all of Glass’ fingerprints—the minimalist ostinato configurations, prodding brass, and flowing melodic motifs, comes across as a romantic cello concerto would. Cellist Matt Haimovitz performed the premiere in 2012, with Dennis Russell Davies conducting the Cincinnati Symphony. Since then Haimovitz has recorded the concerto and it has received several performances from other cellists.

The next part of the series continues with six composers whose cello concertos we ought to listen to and perform.