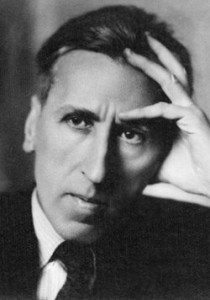 Dmitry Kabalevsky was destined for a career in mathematics and economics, but his fascination with the arts steered his career in entirely different directions. Hailed by Soviet authorities as the guiding light of communist artistic vision, Kabalevsky’s received a long list of honors and awards, which included the “Lenin Prize” and “Hero of Socialist Labor” in 1972 and 1974, respectively. Yet his most important contribution to music was his consistent efforts to connect children to music. He wrote, “Children have always held a special place in my musical life. For me, there can be neither music nor life without children. I have composed music and written books for them, talked about music and taught at music schools, conducted children’s choirs and orchestras.” At his funeral in Moscow in February 1987, his colleague and friend Sir Frank Callaway eulogized, “Kabalevsky was a unique personality in international music and music education, whose greatest happiness was to write music for children.”

Born in St. Petersburg in 1904, the family moved to Moscow and against the wishes of his father, Kabalevsky entered the Moscow Conservatory. Already an accomplished pianist, he took courses in composition from Nikolai Myaskovsky and piano lessons from Alexander Goldenweiser. Significantly, his earliest compositions were studies for his young students, and by the late 1920s he already had gained notoriety as a composer. His First Piano Concerto, the First String Quartet and the First Piano Sonatina originated during his years of study and launched him into the vanguard of Soviet composers and towards international attention. On the strength of his compositions, Kabalevsky was appointed senior lecturer at the Moscow Conservatory in 1932 and was made professor in 1939. During the 1930s he wrote a substantial amount of music for the emerging genre of film, and his Second Symphony, “notable for its heartfelt lyricism and heightened dramatic effect,” was conducted by Toscanini and others. The Second Piano Concerto of 1935 and the opera Colas Breugnon after Romain Rolland are considered among his finest musical achievements. 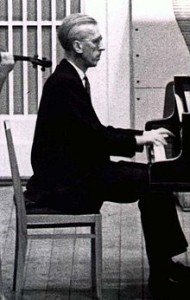 Kabalevsky’s musical style solidified during the 1930s. He preferred a more conventional diatonic style that was primarily rooted in folk music. Essentially lyrical, Kabalevsky rejected the new direction in music, and his works were characterized as “popular, bland, and successful.” Frequently compared to Khachaturian, his music was spitefully described as “Prokofiev-with-water.” Despite writing in a readily accessible musical style his name was listed in the infamous 1948 Party Decree authored by Zhdanov. The decree attacked many leading Soviet composers—including Myaskovsky, Prokofiev, Shostakovich and Shebalin—for not writing music that appealed directly to public taste.
Kabalevsky readily admitted his shortcoming and escaped censure by composing a number of concertos for Russian Youth. Making ample use of folk melodies, his Violin Concerto was first performed by the 18- year old Igor Bezrodny, the Third Piano Concerto was premiered by the 14-year old Vladimir Ashkenazy in 1953, and the central Cello Concerto No. 1 featured the young Svyatoslav Knushevitsky.

In his later years Kabalevsky devoted much attention to choral works and solo songs. Some of his children’s songs became musical symbols of the Soviet age, and he frequently wrote for children within the context of large-scale works intended for professional performances. This includes the monumental Requiem of 1962, which was dedicated to the victims of World War II. Kabalevsky also developed a system of music education for children, and actively taught them how to listen and how to put their impressions into words. His writings on the subject resulted in two books, which first appeared in the 1970s and 80s. Kabalevsky’s traditional stance as a composer “and his strong sense of civil duty which found expression in his educational work endeared him to the Soviet regime.” Predictably, and for entirely political reasons, his music never really enjoyed great popularity in the West. As such, there is still much to be learned from his extraordinarily extensive musical legacy that clearly mirrored the most important traits of his personality; depth of perception and a symbiotic connection to life around him.