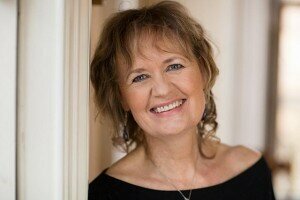 The great cellist Mstislav Rostropovich was committed to the composers of our time. Any composer who hoped to write for the cello in the 20th century fantasized about Rostropovich playing their work. As astonishing as it sounds, he performed 105 premieres, taking upon himself the mandate to urge composers to write for the cello. He believed it is a cellists’ responsibility to do so.

You may be unfamiliar with the following six additional composers who wrote cello concertos. I think they ought to be in the repertoire and heard widely.

Sally Beamish was born in London in 1956. She studied at the Royal Northern College of Music and became a fine violist. One night her priceless 1747 Gabrielli viola was stolen from her home while she slept. Instead of allowing the traumatic incident of “losing her voice” to hamper her, Sally dedicated the rest of her life to composing. Her works include chamber, vocal, choral, and orchestral music. She wrote several pieces for her friend cellist, Robert Cohen. The Song Gatherer Cello Concerto No. 2 was commissioned by the Minnesota Orchestra and the Halle Orchestra, first performed November of 2009, with Robert Cohen as the cello soloist. The themes of the piece represent the wandering and migration of humanity. It begins with a Yiddish lullaby and an extended fugue. The composer then weaves in folk songs, and high energy dances. The Minneapolis Star wrote of the premiere, “Turning 50 this year, Cohen (a friend of Beamish since childhood) wanted a piece that would speak to his journey, not least his Jewish family’s flight from Poland to South Africa and ultimately to England. Beamish has given him more than he could have hoped: a major work, probing and allusive, woven from fragments of half-remembered song, tinged with the calls of migratory birds.”

Sally Beamish: Cello Concerto, “River” – IV. All Night a Music/Like a Needle Sewing
Her Cello Concerto River is more contemporary. Beamish employs high woodwind lines to accompany the cello throughout. The last movement opens with a rhythmic line accompanied by the percussion and a compelling cadenza follows. There are both some lyricism and strident brass, and the concerto ends abruptly—like a musical question mark. If this is not your cup of tea, her Suite for Cello and Orchestra after Debussy, is quite lovely, beautifully played by Steven Isserlis, and it is an audience pleaser. 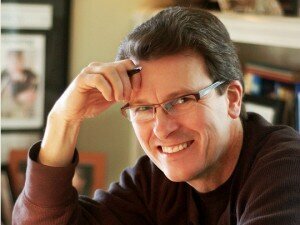 Stephen Paulus (1949-2014), a prolific Minnesota composer is best known for his operas and large-scale choral works. He wrote several concertos including a Cello Concerto in 2009 for cellist Lynn Harrell. As indicated, the work does open “Restless and Agitated” with powerful brass and an intense but singing solo cello phrases. A quick rhythmic section is intermingled with meditative cello lines and there is brilliant writing for the cello and the brass. The major movement as far as length, is the second movement, “Merging and Transforming”. Paulus’ cantabile writing for the solo cello portrays intense yearning. When solitary chimes toll it is poignant, haunting, and goads the soloist into flamboyance, before the meditative mood, introduced by the harp and flutes, returns. The work ends majestically with expansive writing for the cello accompanied by trembling strings. This piece ought to be in a cellist’s repertoire and heard by audiences.

Award-winning composer Osvaldo Golijov’s ‘Azul‘ for cello, obbligato group and orchestra, is intended, as the composer indicates as a ‘Cosmic conversation’—the pleas of the cello reaching outward beyond our sphere. 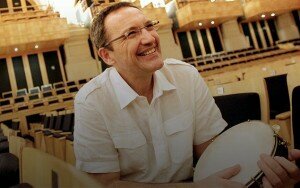 Golijov, a native of Argentina, uses the traditional instrument made popular by Astor Piazzolla, the bandoneon, which gives the flavor of otherworldliness. It’s a timbre we are not used to hearing in an orchestral accompaniment. The composer also uses bongo drums and snare drum—even more unusual in a cello concerto! The atmosphere is celestial, oftentimes without a precise rhythm, to depict our expanding solar system and “the earth’s history in geological time.” The long phrases in the cello, and quiet background sounds create a unique sense of wonder. There are sublime solos in the brass, and harp, and the cello is called upon to play atypical sounds such as ponticello (playing on the bridge) quiet tremolo, gentle glissandos or slides, exquisite long lines, some quarter tones, and spectacular string crossing techniques. The ending is truly transcendent. In the video below Yo Yo Ma speaks about the ensemble, The Knights, the album, and how he hopes it will reach society in a new way.

Cellists need not fear some of the more contemporary genres. Krzysztof Penderecki loved the cello and wrote a very beautiful Largo for Cello and Orchestra, in three slow movements, for Mstislav Rostropovich who was extremely ill when he performed it in 2005. Indeed, it was his last performance. 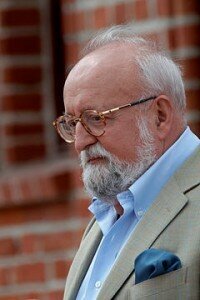 Penderecki didn’t allow the work to be played again until well after his friend’s passing, at which point he rewrote the piece. It was premiered in 2007 by Ivan Monighetti, a student of Rostropovich. Below is a link to a splendid performance by celebrated Finnish cellist Arto Noras. 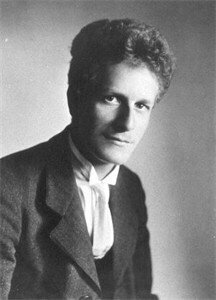 I would be remiss if I didn’t mention two other composers, although they are not 21st
century. Swiss composer, Frank Martin’s works are relatively unknown although they are quite accessible. His Concerto for Cello and Orchestra from 1965 is a noble, meditative concerto. Interestingly, Martin includes a saxophone accompaniment in the first movement, quite rare in a symphony orchestration. The piece begins with an eloquent solo cadenza, which returns later in the movement. It is dramatic, and persuasive, and the cello soloist can revel in the splendid cello writing. The Adagietto is searing and poetic. It is in the form of a Passacaglia, solemn in structure, usually in three beats with variations over a repeated bass pattern. The spotlight is on the piano as the finale begins. The staccato, incisive line sets the stage for the cello, which enters with a tarantella dance motive, permeated by jazz elements. This piece ought to be on the concert circuit.

This year—the 100th anniversary of Leonard Bernstein’s birth—it’s appropriate to make mention of Bernstein’s Three Mediations from Mass for cello and orchestra (1977) here performed by Rostropovich himself. Bernstein’s Mass is a work I deeply love, commissioned by Jacqueline Kennedy and composed for the 1971 inauguration of the Kennedy Center. It is rarely done mainly due to the fact that it calls on immense forces to perform—an officiant or narrator, actors, singers, street choir, dancers, a huge orchestra, and a marching band. Like the composer himself, the Mass is irreverent and theatrical. He probes our ideas about spirituality, and searches for answers to unanswerable questions. The cello movements are emotional, deep, and complex, which reflect the universal issues we all ponder about the meaning of life. The Meditation No. 3 introduces Middle Eastern rhythms and melodies, which appear throughout the Mass, and it has a beautifully contemplative middle section. The ending gives me shivers.

Bernstein: Three Meditations from Mass for cello and orchestra (Rostropovich)
There of course are other worthy, thrilling new (and old) works. Let us know of any other cello concertos you would like our readers to know about, which ought to be performed.