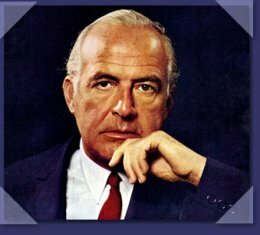 You may be surprised to learn how many cello concertos there are, more than most people think, from several eras, and they deserve to be heard. Of course, it’s a matter of taste, and one could include Lalo, Haydn C major, Darius Milhaud, Khachaturian, and any number of Vivaldi and Boccherini Concertos. But I’d like to draw your attention to several lesser known and outstanding works.

Samuel Barber’s Cello Concerto written for cellist Raya Garbousova is arguably one of the more technically demanding works in the repertoire. Written in 1945, Barber was still a corporal in the army when Serge Koussevitzky, the great Boston Symphony Orchestra conductor, arranged for Barber to be discharged to write the work for Koussevitzky’s 20th season as music director of the orchestra. It was a big success in Carnegie Hall in 1946 and received the New York Music Critics’ Circle Award in 1947 as “exceptional among orchestral compositions performed for the first time [here] during the concert season.”

The first movement is the longest with an unusual rhythmic stamp—a two-bar pattern of a 2/4 bar followed by a 3/4 bar. Nonetheless it is a very lyrical and even playful movement. The soloist enters with a flashy cadenza within a few minutes, which shows every range of the instrument. Near the end of the movement the cellist plays another cadenza full of knuckle busting double notes!

The slow movement, marked Andante Sostenuto, slow and sustained, is in the affecting key of C sharp minor, and is written in a siciliana dance rhythm. Muted strings and a solo oboe tenderly accompany the melancholy cello. It is distinguished by long singing melodic lines in the glowing mid-range of the instrument. Even the orchestral part is dominated by the lower strings. The poignant movement ends with tragic overtones.

The last movement is a passionate and energetic dialogue—the cello speaks and the orchestra answers, hence the soloist is rarely covered. The cello goes well up into the stratosphere and there are several sections of fast spiccato or off the string passage work. But the agonizing intensity and a passionate cadenza return brings the concerto to a bravura end.

Garbousova, who was at the height of her career when the piece was written, championed the concerto, but after she retired, the piece fell out of favor. Barber, who had made several changes to the work between 1947 until it was published in 1950, intended much later in his life to modify the cello part, which he hoped would encourage more cellists to perform the piece. Illness eventually stood in his way. Several recent recordings have increased interest in the piece including performances by Yo Yo Ma, the Swiss cellist Christian Poltéra, and a recent winner of the 2018 Sphinx Award, Christine Lamprea, who plays the concerto brilliantly. It is evident that cellists have expanded their technical mastery over the last decades and what was once deemed unplayable is no longer.

Mieczysław Weinberg’s Cello Concerto in C, a 30-minute work, is heartbreakingly beautiful. Weinberg was born in 1919 in Poland and lived in the Soviet Union from 1939. He lost most of his family in the Holocaust. Many of us are unfamiliar with this prolific composer, who studied with Shostakovich and who wrote 22 symphonies, 17 string quartets, 7 operas, 24 preludes for cello, 8 violin sonatas, film music, solo cello sonatas, and two stunning works for cello and orchestra, which Rostropovich championed. 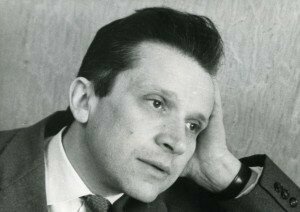 The concerto begins with a lyrical, melancholic melody. Noteworthy turns of harmony shape the ardent moments in this movement. The dance-like second movement integrates sardonic Jewish and Oriental sounding themes, a bit like Shostakovich’s satirical writing, and the third movement, although quite virtuosic, weaves in lovely phrases, a cadenza with harmonious double stops, and ends with melancholy, tenderly fading out. This gorgeous concerto deserves to be heard much more often! The composer passed away, not that long ago, in 1996. Listen to the gripping playing of the concerto by the leading young Swedish cellist Claes Gunnarsson.

Mieczysław Weinberg: Concerto for Cello and Orchestra in C minor, Op. 43 (Claes Gunnarsson)
Weinberg’s Fantasia for Cello and Orchestra Op. 52, a shorter work at about nineteen minutes, is another engaging solo cello piece. Although it is one movement it has a slow-fast-slow structure. It begins dark and compelling with low strings. The cello then enters alone and soon plays a forlorn folk-like melody. The Allegro con fuoco—fast with fire—has a strong two beat rhythm. It’s flirtatious and playful at times, then wistful. With dramatic use of pizzicato, or plucking, the mood quickly changes and the cellist plays a brooding, bravura cadenza. The first melody returns and the work ends simply, as it began. It’s mesmerizing and I believe audiences would be quite moved by this piece.

Irish-born virtuoso cellist, Victor Herbert, of operetta fame, who composed 43 musical theater works such as “Babes in Toyland”, the principal conductor of the Pittsburgh Symphony from 1898-1904, premiered his romantic Cello Concerto No. 2 in E Minor Op. 30, in 1894. Antonin Dvořák was in the audience and was so impressed with the performance he was inspired to write his Cello Concerto in B minor. 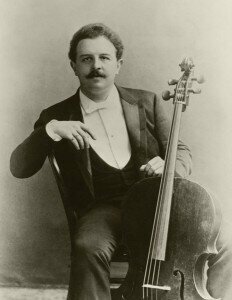 Herbert’s ominous opening cello melody over tremolo strings draws the listeners in immediately. This is a richly orchestrated movement but never covers the solo cello. The composer uses harmonics with interesting effect. The contemplative slow movement, andante tranquillo, begins with muted, pulsing strings, and once the cello enters, it’s with a striking melody. The last movement is passionate and virtuosic, returning to previous themes, ending with rapid notes and a big brassy finish. We are fortunate that several outstanding cellists have recently recorded it, including Lynn Harrell, and Mark Kosower, principal cello of the Cleveland Orchestra. 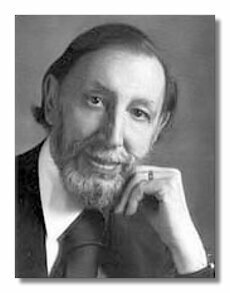 Armenian-American composer Alan Hovhaness wrote a lovely concerto Op. 17 from 1936, which survived the composer’s own destruction of his early works, finally receiving its premiere in 1999. It is in a modal and meditative vein and certainly worth performing. The three-movement work includes a haunting, evocative Andante-Maestoso first movement, a lilting allegro second movement, and a slow contemplative finale with a dramatic finish. Listen to an enthralling performance with my teacher János Starker and the Seattle Symphony. 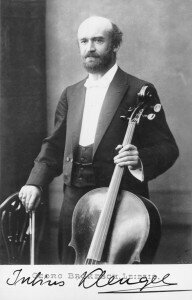 Julius Klengel (1859-1933) and Karl Davidov (1838-1889), both wonderful cellists, pedagogues, and composers were featured in articles a few weeks ago. Their outstanding concertos, which are not often performed much today, could be in your repertoire.

Klengel’s Cello Concerto No. 1 in A minor, a 25-minute work, is as striking as it is demanding with runs going well up to the highest notes on the fingerboard, and difficult octaves and other double stops—challenging for any accomplished cellist. The first movement melodic lines are sublime as are the tunes in the cantabile andante movement. A last movement bursting with spirit, reminds me of a Dvořák Slavonic Dance. It is full of pyrotechnics and infectious rhythms.

Klengel: Cello Concerto
The next article features Davidov’s electrifying Concerto No. 2 and four other concertos I really appreciate and I hope you will too.