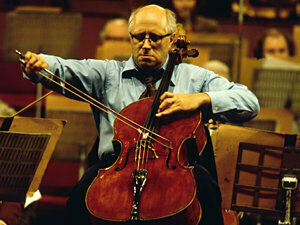 Here are six more cello concertos a cellist should have in their repertoire.

Robert Schumann studied the cello as a youngster and although he was unable to continue due to an injury to his right hand he developed a deep affinity to the instrument. Schumann’s Cello Concerto departs from traditional structure. Initially intended as a “Conzertstück”, each of the three movements meld seamlessly into the next. Perhaps the structure is due to Schumann’s aversion to interruptions from the audience. In any case the work breaks with tradition.

Written late in his life, it is deeply lyrical, almost enigmatic and mystical in its sparse use of thematic material, which returns throughout the piece. It is best regarded as a one large-movement work. Two unusual features of this concerto are the gorgeous cello duo with the soloist and principal cello—some say it represents a conversation with Schumann’s wife Clara—and the accompanied cadenza in the finale, unusual writing for its day. Its orchestration is fairly light to avoid overshadowing the cello solo. According to scholars, Schumann’s musical ideas were always intentional. He had a fascination with musical codes or cryptography and included hidden messages in his music. Deliberately irregular phrase structure and idiosyncratic metronome markings—the first movement (130) quite fast, and the slow movement (63) not too slow, and the indication of the last movement ‘Sehr Lebhaft’ (114) very fast—are still oftentimes misunderstood by some cellists. The last movement does not flaunt technical virtuosity. Schumann repeats a six-note pattern, but it is important to pay attention to the uneven lengths of phrases and play these more melodically, lightly, and playfully, instead of reiterating the pattern mechanically and too fast.

Although it took many years to become part of the repertoire, the concerto is today one of the most beloved, featuring the deep brooding and the tenderness only the cello can communicate so effectively.

Richard Strauss’ Don Quixote is not a concerto per se. It is a tone poem written in a theme and variations style, and is one of the most thrilling and gorgeous cello solo works in the repertoire. Originally intended to be performed by the principal cello from his or her orchestra seat, many soloists play the work. The cello soloist is called upon to manifest tremendous technical and emotional finesse in order to impersonate the complex character who is at times courageous and noble, anguished and agitated, or graceful and bewildered. 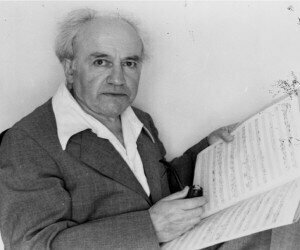 Strauss stretches the abilities of the cellist deploying unconventional techniques with glorious melodies, unusual meters, muted passages, fast triplets and scale passages, and death-defying leaps into the highest registers. While each variation is titled to hint at Don Quixote’s escapades, it is important to be familiar with Cervantes’s book to understand the depth and profundity of the story, and to be able to convey this to the audience. For example, the solo cello’s last quiver as Don Quixote dies, sliding slowly down the lowest string of the cello, ending in a haunting pianissimo, clings to hope for humanity, a metaphor for our struggles on this earth. Don Quixote is an extraordinary piece to play as well as to listen to. The cello is exquisitely suited to depict the character that continues to touch our hearts and inspire us toward making this a better world.

Ernest Bloch’s Schelomo, written in despair in 1916 upon the horrific losses of World War I, is also not a concerto. The solo cello in “Hebraic Rhapsody for Solo Cello and Large Orchestra”, personifies the powerful and brooding voice of the biblical King Solomon, who proclaims, “Vanity of vanities all the world is vanity and vexation of the spirit”. In three sections, the cello solo and the orchestral accompaniment are highly charged—the oboe and the bassoon and even the timpani stuttering as if trying to speak in defense of mankind, answered gruffly, almost desperately, by the cello. The full colorful orchestra represents a seductive and voluptuous world. Exotic textures, cross rhythms, repeated note patterns, quarter tones, and huge climaxes, convey tension and turmoil. The cello begins with a lamentation and by the end, throbs virtually alone, meditating with uncontrollable grief. But, Bloch said, “The words are words of hope, of an ancient prayer that one day men will acknowledge their brotherhood and live in harmony and peace.” Bloch deliberately sought to express the conscience of the world through the profound voice of the cello. Breadth of phrasing, a rich dramatic tone, and a focus on the disillusionment expressed by Solomon, and Bloch, is a prerequisite to playing this piece well. Schelomo is a visionary work unusual in its grandeur and complexity.

Saint-Saëns wrote his Cello Concerto in A minor in 1872 for the French cellist Auguste Tolbecque, who also played the premier. The work is in one movement, which was unconventional at the time, relatively short, but with three evident sections. It is well-balanced and transparent, and is often chosen as one of a cellists’ first concertos. It is beautiful and must be pristine, gentle and dance-like in the slow movement, and played with drama in the last movement.

Prokofiev’s Symphony-Concerto or Sinfonia Concertante Op. 25 in E minor from 1952 is a huge work. Written for Rostropovich, it actually was considered much too difficult—unplayable even, until Rostropovich showed the world how to master it. Many cellists do play it today although it is still formidable. The concerto, originally written in the 1930s as Op. 58, was considered inferior and was rarely played until Prokofiev heard the then 21-year-old Rostropovich play it. Inspired, Prokofiev furiously revised it, with a little help from his cello-playing friend. Nonetheless the original concerto has been recorded as recently as 1995 with János Starker, and in 2013 with Steven Isserlis. But the later work has been recorded and favored by such illustrious cellists as Yo Yo Ma, Mischa Maisky, Lynn Harrell, Truls Mørk and Gautier Capuçon in addition to Rostropovich (with four different orchestras.) The concerto is full of blazing virtuosity, acerbic wit, fast passage-work, furious pizzicatos, snarling trombones, and heartrending melodies, which traverse the entire range of the cello going especially high—we call it nose-bleed territory! 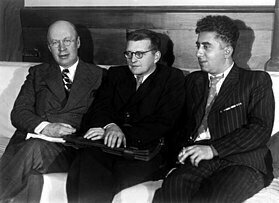 The ever-popular and perhaps better-known Shostakovich’s Concerto No. 1, also written for Rostropovich—in fact it was the Prokofiev that inspired Shostakovich to write his concerto—is a stirring piece in four movements full of technical challenges harmonics, pizzicatos, folk tunes, and a most mournful slow movement. Unusually enough, the entire third movement is a cadenza, again with finger-twisting double stops, which begins with the plaintive slow theme, and builds in complexity and speed connecting directly with dazzling scale passages to the last movement. This piece also takes a great deal of stamina to play, and is immensely satisfying.

Shostakovich: Cello Concerto with solo cadenza (Maria Kliegel)
Next, we will discuss some works, which are less known but quite interesting to play and to present to concert promoters.