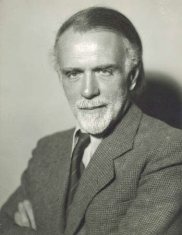 Zoltán Kodály (1882-1967) is widely considered the perfect embodiement of the Hungarian spirit. His prolific scholarly research into Hungarian folk sources combined with a hightened interest in the education of the young. In the process, he created a new Hungarian-based art music that recognized the importance of his nation’s artistic traditions. Composing in a vocally oriented musical style, Kodály’s music, according to his compatriot Béla Bartók, “is characterized by rich melodic invention, a perfect sense of form, a certain predilection for melancholy and uncertainty. He does not seek Dionysian intoxication but strives for inner contemplation. Everything in it is based on the principle of tonal balance. His idiom is nevertheless new; he says things that have never been uttered before and demonstrates thereby that the tonal principle has not lost its raison d’etre as yet.” A pioneering composer, ethnomusicologist, groundbreaking educator and critic, Kodály is a highly revered national cultural leader and a distinguished composer of international standing.

Born in Kecskemét in the Hungarian countryside, Kodály learnt to play the piano, violin, viola and cello. He sang in the church choir, and soon had his earliest compositions performed publically. He furthered his general education at the University of Sciences in Budapest in 1900, but quickly enrolled at the Academy of Music and was awarded a PhD for his thesis “The stanzaic structure of Hungarian folksong.” Kodály composed prolifically, and his interest in the interdisciplinary aspects of music and language fueled a lifelong fascination with ethnographic research. Together with this close friend Béla Bartók he combed the countryside and “the vision of an educated Hungary, reborn from the people, rose before us. We decided to devote our lives to its realization.” Their first joint project was the publication of Hungarian folksong collection in 1906, and Kodály recieved a modest scholarship to study abroad. He left for Berlin, and subsequently spent six months in Paris. He attended Charles Widor’s lectures, but it was his encounter with the music of Debussy that decisively coloured his own compositions. After his return to Hungary and another folksong collecting tour, Kodály was appointed professor at the Academy of Music.

Zoltán Kodály: Variations on a Hungarian Folksong, “Felszallott a pava” (The Peacock)
In 1911, Bartók and Kodály founded the New Hungarian Music Society with the principal aim of performing contemporary works. Kodály’s music gradually featured internationally, and Universal Edition began publishing his scores in 1921. His real breakthrough came in 1923 with a commision to celebrate the fiftieth anniversary of the union of the cities Buda and Pest. His Psalmus hungaricus, a powerful large-scale oratorio for tenor, chorus and orchestra premiered under Dohnányi. His two operas—Háry Janos (1926) and The Spinning Room (1932)—alongside orchestral Dances from Marossek (1930) and Dances from Galánta (1933)—further revealed his distinctive and authentic vision of Hungarian art music. The Variations on a Hungarian Folk Song (1938), frequently referred to as the “Peacock Variations” are among his best known scores, and the Budavár Te Deum (1936) and the Missa Brevis (1942) have gained a secure place in the choral repertory. Kodály’s reputation as a composer is distinctly enhanced by his authority as a music pedagogue. The “Kodály method” emphasises the natural musicality of children and applies a sequential learning process that follows the natural developmental pattern used in learning a language. Kodály was adamant that music should become an organic part of the school curriculum, and his approach to music education has been implemented around the world.