Composers Anecdotes
Voices of the Liszt Academy of Music I
by Georg Predota August 9th, 2015

Already during his performing days, Franz Liszt lent his name to a number of commercial enterprises, endorsing everything from pianos and furniture to chocolates and liquors. Things got even more interesting after his death, as Liszt’s name adorned all manner of real estate, from streets and squares to public parks. As such, it does not come as a complete shock to discover that the most prestigious music university operating in Hungary took on the name “Liszt Academy of Music” in 1925. 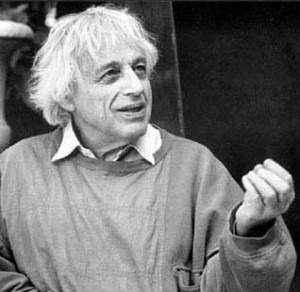 The institution was actually founded as “The Royal National Hungarian Academy of Music” on 14 November 1875, and occupied the original rooms of Liszt’s home. With that much high-profile pedigree in its history, it is hardly surprising that the Liszt Academy has educated a number of highly talented pianists and composers. Among them György Ligeti (1923-2006), who was “one of the most innovative and influential avant-garde composers in the latter half of the twentieth century.” His highly virtuosic piano etudes do reflect the influences of Chopin, Debussy and Liszt. However, it is the role of sub-Saharan African rhythms that crucially motivated the often-complex rhythmic polyphony. The etudes proceed from a very simple core idea, and “lead from simplicity to great complexity; they behave like growing organisms.”

Another wizard of the piano, Ernő Dohnányi enrolled in the Hungarian Academy of Music in 1894. He studied piano with István Thomán, a favorite student of Franz Liszt, and composition with Hans von Koessler, himself a cousin of Max Reger. Hardly surprising that the young Dohnányi developed a powerful piano technique à la Franz Liszt, and that he modeled his compositions after Johannes Brahms. The teenage Dohnányi went to work and composed his Piano Quintet in C minor in 1895. The influence of Brahms is unmistakable, and the old Brahms liked the work enough to promote it in Vienna. Published in 1902, it helped spread Dohnányi’s reputation at the start of the new century. I think we can all agree that it remains among the most impressive Op. 1s composed by a composer of significance. 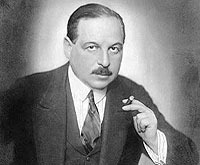 Emmerich (Imre) Kálmán hailed from the southern shores of Lake Balaton, and decided relatively early that he would become a concert pianist. However, the onset of arthritis upset his well-laid plans and he decided to focus on composition instead. As a schoolmate of Béla Bartók and Zoltán Kodály he studied music theory and composition at the Royal Academy, and his early symphonic poems were well received. However, Kálmán’s real compositional talent was discovered in his humorous cabaret songs, which led him towards the composition of operettas. Together with Franz Lehár, Kálmán was the leading composer of the “Silver Age” of Viennese operetta in the first quarter of the 20th century and his highly popular style fused the Viennese waltz with Hungarian csárdás. 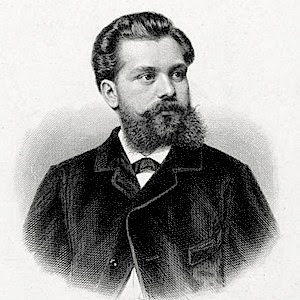 A number of high-profile composers at the Franz Liszt Academy of Music got their start by taking classes with Hans von Koessler. Born and educated in Germany, Koessler worked for 26 years in Hungary. Initially, he was hired to teach organ and choir, but later became professor of composition. Koessler composed over 130 works, including an opera, two symphonies, symphonic variations for orchestra, various chamber compositions, and a mass for female choir and organ. Unfortunately, a significant number of his compositions did not survive the ravages of time. Contemporary critics and scholars had high praise for Koessler’s chamber music, most prominently among them the Trio Suite for piano, violin and viola.