“No life without art, no art without life” 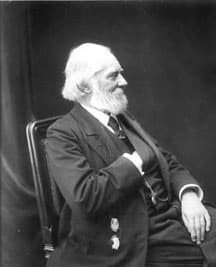 Theodor Leschetizky (1830–1915) is one of the most illustrious and supremely towering figures in the history of the piano. In fact, his student Annette Hullah suggested that Leschetizky “was the best piano pedagogue the world had ever seen.” Internationally renowned and sought-after as a mentor by huge numbers of inspiring pianist, Leschetizky had a significant and formative influence on multiple generations of musicians.

Leschetizky was born in Łańcut, then located in the kingdom of Galicia and Lodomeria, a crown land of the Austrian Habsburg Monarchy. His father was a pianist and music teacher of Viennese birth, and his mother a gifted singer of German origin. Theodor started piano instructions at the age of five, and he gave his public debut at age 9. He performed a Concertino in C Major by Carl Czerny in the city of Lemberg, with the orchestra directed by Franz Xaver Mozart, the youngest surviving son of Wolfgang Amadeus. When the family moved to Vienna in 1841, he became a student of Carl Czerny, himself a student of Beethoven. Leschetizky enrolled at the University of Vienna to study law at the age of fifteen, and concordantly he opened his own piano studio. 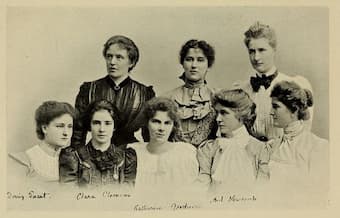 Leschetizky and his students

Privately, Leschetizky took composition lessons from Simon Sechter, the teacher of Anton Bruckner. His single-movement piano concerto emerged during his early years of study with Sechter, but it was not performed in the composer’s lifetime. It first sounded publically in Richmond, Virginia in 1972, and 20 years later had its first European performance in Bad Ischl, Austria. Between 1842 and 1848 Leschetizky toured Europe as a virtuoso, appearing in Poland, Germany, Austria, England, and Russia. He became known as the foremost interpreter of the music of Beethoven, and as a chamber musician performed with the biggest names of his time, including Wieniawski, Auer, Sarasate and Ysaÿe. On his tour to St. Petersburg in 1852 he played before Tsar Nicholas I, and he became director of music at the court of Grand Duchess Helen. When Anton Rubinstein founded the St. Petersburg Conservatory in 1862, Leschetizky was appointed head of the piano department. 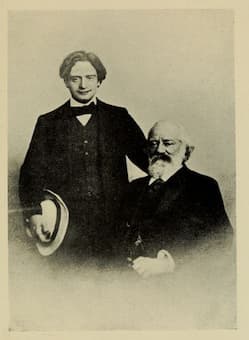 Leschetizky held his post in Russia for 26 years, and when he returned to Vienna in 1878 he concentrated increasingly on teaching. His student Robert Becker wrote, “Leschetitzky abandoned his concert career and devoted his pedagogical skills to training young talents. The number of his students grew steadily, and his private lessons are among the most captivating and instructive I’ve ever heard. I know the lectures of Tausig, Bendl, Jensen and Teodor Kullak; compared to Leschetizky everyone else is superficial and even careless.” By all accounts, Leschetizky was deeply committed to “developing the potential of each student by taking a genuine interest in his or her personal lives.” At the height of his fame he employed four assistants to teach according to the “Leschetizky Method.” That specific method of technical training did not really exist, as Leschetizky always maintained “I teach exactly as Czerny taught me; I have added nothing, changed nothing.” To be sure, he did not ask his students to repetitively practice for hours on end, “but encouraged them to prepare the music mentally, so that they should have a clear idea of what they wished to achieve.” 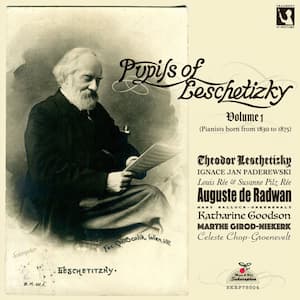 Ignaz Paderewski once said, “the best study was done away from the piano… Listening to the inward singing of a phrase was of far more value than playing it a dozen times.” Leschetizky essentially advocated a modern style of playing as he found new expressive possibilities in beautifully crafted melodic lines above a subordinated accompaniment.

In the course of his piano pedagogical career Leschetizky instructed almost 1,200 pianists, among them Paderewski, Schnabel, Horszowski, Moisewitsch, Grabrilowitsch, Friedmann, Bloomfield-Zeisler, and countless others. His students were active on the concert stage for all of the 20th century, and it is not an exaggeration to consider Leschetizky the greatest piano teacher of the modern era. Leschetizky last played publically in Frankfurt in 1887, performing Beethoven’s Fifth Piano Concerto. Beethoven had always been his hero, although the music of Chopin, Schumann and Liszt also featured frequently. And let’s not forget that Leschetizky championed the piano sonatas by Franz Schubert, with Artur Schnabel introducing these long forgotten works to the public. Theodor Leschetizky truly transformed the world of pianism in the late 19th and early 20th centuries, and he continued to teach up until his death in Dresden in 1915.