Artists Behind the scenes
The Winner by Technical Knockout
Ignacy Paderewski
by Georg Predota April 10th, 2019

Ignacy Paderewski (1860-1941) was one of the most striking musical celebrities of his time. He combined beautiful and elegant pianism with a magnetic personality and was called “A resurrected Chopin” soon after his debut in Paris. Women were crazy about him and critics praised him without limits. The only two things they dared to criticize were his performance of Beethoven, and his too large of a mess of hair. 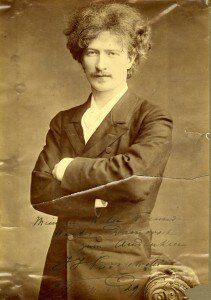 Paderewski was the first pianist to give a solo recital in the newly built Carnegie Hall in New York City on 17 November 1891, and the NY Times excitedly wrote, “no pianist has made such a sensational impression here since Anton Rubinstein.” Seats had to be added on stage to accommodate all of his adoring fans, and he played no fewer than 11 solo piano recitals at that venue, all part of a grueling 117-concert American tour. In all, Paderewski played thousands of concerts in the United States that brought him to every conceivable corner of that vast country. 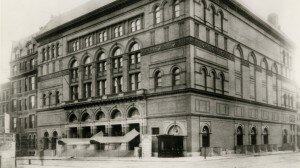 In the course of his American tour of 1896, he reached the city of New Orleans. Clearly, the most prestigious newspaper in town, the “New Orleans Item,” needed to run a feature story on this musical celebrity, but they had a problem. The newspaper had never employed a music critic, so they improvised and sent a prizefight reporter to review the concert. 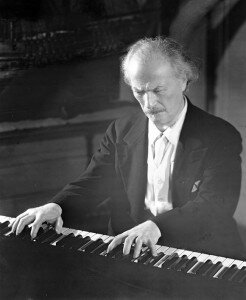 “I am here to say that in my opinion,” he writes, “he is the best two-handed piano fighter that ever wore hair. He looked like a licked man when he left his corner shuffling his feet across the stage with his fins dangling like a pair of empty stirrups. It looked like a cinch for the piano. Then all of a sudden, he swings his left on the bass end of the keyboard with a smash that rattles the chandeliers. After landing heavily with his left on the stomach of Mr. Piano, he got in a right hand smash or two over the heart that would put any ordinary box or wires out of the business. Paddy let up a bit in the second round. For an opener, he took on one of those soft, easy things… The man with the mess of hair saved all his steam for the final round. The air was filled with flying hands and hair—if I were a piano, I wouldn’t travel as Paderewski’s sparring partner for two-thirds of the gross receipts.”