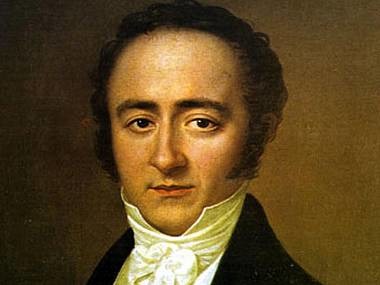 Rather predictably, the deciphering of the human genome has done little to provide conclusive answers to questions regarding musical talent and ability. Although we have learned that certain genes control unique sites in the brain, which in turn determine levels of pitch perception, we are also aware that encouragement, nurture, and training represent significant factors. Leopold Mozart was much determined to foster Wolfgang Amadeus’ natural abilities, and Constanze Mozart made sure that her son Franz Xaver Mozart (1791-1844) studied with the best teachers in Vienna. Of course you know that Wolfie married Constanze Weber, who also came from a highly talented musical family at home in Mannheim. You might not know, however, that the couple had 6 children, with only 2 surviving into adulthood. Karl Thomas Mozart, who entered into the service of the Viceroy of Naples in an administrative capacity, was never really interested in music at all. He remained unmarried and childless. And there was Franz Xaver Wolfgang Mozart, who was only four months old when his father died.

But then, we really can’t be sure who was actually the boy’s father. “Franx Xaver” had been the first names of Mozart’s student Süssmayr — the one who put the finishing touches on the Requiem — and when Wolfie passed away, Constanze changed the boy’s name to “Wolfgang Amadeus Mozart (Sohn).” No wonder Vienna was buzzing with rumors that Süssmayr might actually have been the biological father. Be that as it may, Franz Xaver received his early musical education from the Mozart student Johann Nepomuk Hummel, and from Georg Friedrich Albrechtsberger, who had taught Haydn and Beethoven. Antonio Salieri suggested, “the boy has a rare talent for music, and his future might not be inferior to that of his celebrated father.” 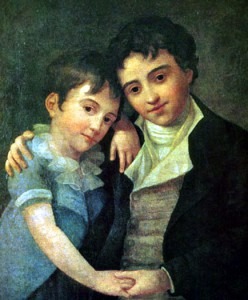 Of course, it was always going to be slightly difficult to fill his father’s musical shoes. Franz Xaver was certainly a gifted pianist who toured extensively through the German speaking parts of Europe, but also in Denmark, Russia and Italy, and then spent most of his life as a private music tutor in the Ukraine. He also remained unmarried and had no children, so that particular musical lineage sadly disappeared. In terms of personality, Franz Xaver was very unlike his father. He was introverted, constantly underrated his own talent and feared that whatever he composed would be compared to the compositions of his father, and of course, it was. His father’s shadow even followed him after his death. On his tombstone we can read, “May the name of his father be his epitaph, as his veneration for him was the essence of his life.” Franz Xaver composed about 30 compositions, assorted Sonatas, some chamber music and 2 piano concertos, with his music remaining stylistically firmly in the mature musical style of his father. Franz Xaver was never going to be able to escape the shadow of his father, but both composers were born with exceptional musical talent and aptitude into a fertile environment that recognized, encouraged and nurtured that particular talent. And as Wolfie told us, that’s really all that matters!