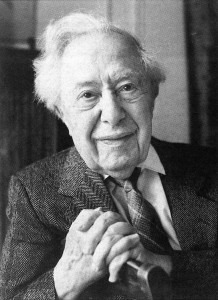 At his death at age 100, just one month short of his 101st birthday, the Polish and later American pianist Mieczyslaw Horszowski (1892-1993) had one of the long-lasting careers in the performing arts. His age puts him with other pianists such as Alice Herz-Sommer (1903-2014) and Leo Ornstein (1893-2002), as spanning a century of amazing musical change.

His first notable performance was in Warsaw at age 9 of Beethoven’s Piano Concerto No. 1, and his international career as a child prodigy began thereafter, with tours of Europe and America.

His repertoire was limited because he was small, barely 5 feet tall as an adult, and therefore couldn’t play the works that required a large hand span. His repertoire, therefore, was diverse and ranged widely over both the Classical and Modern periods. He performed the entirety of Beethoven’s solo piano repertoire in New York in 1954-55 and all of Mozart’s piano sonatas in 1960. He also played music by Bach and Stravinsky. 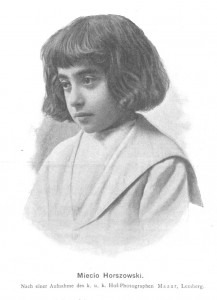 His performance style was ‘natural, unforced….balancing intellect and emotion,’ and, as was common with Leschetizky’s students, his tonal quality was also noted. In this performance of Chopin’s Piano Concerto No. 1, we hear these qualities, as the piano seems almost to sing.

Beethoven: Piano Sonata No. 29 in B-Flat Major, Op. 106, “Hammerklavier”: IV. Largo – Allegro disoluto (Mieczyslaw Horszowski, piano;)
An amazing pianist and teacher to the end, he gave his last lesson a week before his death. His students at the Curtis Institute of Music included Richard Goode, Dina Koston, Anton Kuerti, Murray Perahia, and Peter Serkin, among many others.