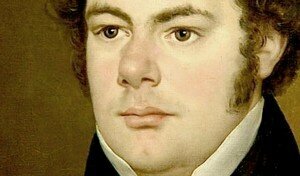 Nobody composed variations like Austrian composer Franz Schubert! An undisputed master of the genre, his variations on his own melodies became a fascinating combination of formal innovation and musical poetics. Peeling away layer upon layer of significance and meaning, Schubert bathes his melodies in unexpected and radiant colors. In 1824 Schubert was recovering from a minor illness with a friend reporting, “He looks much better and is very bright, very comically hungry, and writes quartets and German dances and variations without number.” During this period Schubert produced a hybrid work that attempted to explore more fully the emotional world of the song “Trockne Blumen” (Withered flowers) from Die schöne Müllerin Op. 25, composed the previous year. Just below its gentle and pleasing surface, Franz Schubert conceals an astonishing world of fundamental profundity. 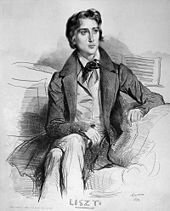 A reviewer for a Viennese newspaper wrote in 1839, “In his transcriptions of Schubert songs Franz Liszt created a new form. That is his successful attempt to render the melodic and harmonic beauty of the new classical song as a lyrical whole on the piano alone, perfecting this in the strength of the song and of declamation, without in any way sacrificing the rich resources of the keyboard in his hands.” Liszt rediscovered the Austrian composer Franz Schubert in March 1838, as he was playing a number of charity concerts in Vienna for victims of the massive floods that inundated Hungarian cities along the Danube. Liszt had not been in Vienna since his childhood. Reunited with his teacher Carl Czerny and one of his early benefactors, the Schubert song transcriptions “started to pour from his pen.” And just a couple of years later he produced his transcriptions of Schubert’s “Geistliche Lieder.” Liszt retains the intense lyricism and emotional impact of Franz Schubert’s original composition but transforms them into dazzling works for solo piano.

Carl Czerny (1791-1857) was a student of Beethoven, and at the age of 15 began his own career as a highly successful teacher. He taught up to twelve lessons a day in the homes of Viennese nobility, and he quickly attracted a number of star students, including Stephen Heller and Sigismond Thalberg. And in 1819, the father of Franz Liszt brought his son to Czerny. Czerny later recalled, “He was a pale, sickly-looking child, who, while playing, swayed about on the stool as if drunk…His playing was…irregular, untidy, confused, and he threw his fingers quite arbitrarily all over the keyboard. But that notwithstanding, I was astonished at the talent Nature had bestowed upon him.” In addition, with over 1,000 opus numbers to his credit, Czerny truly was a musical force of his day. In all, Czerny composed three Fantasies on themes by Franz Schubert, originally written for Piano and Physharmonica—a small reed organ—or violin. 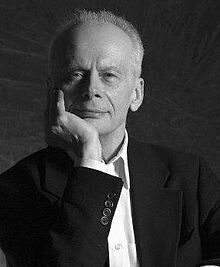 Best known for his works for piano and chamber ensembles, Joseph Fennimore (b. 1940) “came to a Schubert Ländler through Brahms’ choice for its inclusion in his dozen or so versions of these for one piano, four hands, taking it as a kind of recommendation.” In From my Window: Variations on a Schubert Theme, Fennimore crafts 16 Variations exploring the interaction between dissonance and resolution. The composer explained that the enigmatic title of his composition arose from looking out his window across the street for many years. “A familiar Maple tree in the park started to show signs of disease, and one day was gone from sight. An occurrence that may pass unnoticed or be quickly forgotten, or one that to a more sensitive soul may give pause.”

Joseph Fennimore: From My Window: Variations on a Schubert Theme (Jeffrey Middleton, piano)