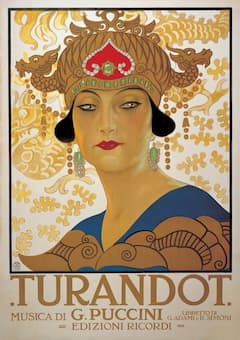 Talk about a strange story. Calaf is one of three suitors for the hand of the prickly Princess Turandot. Her suitors must solve three riddles, with any single wrong answer resulting in execution. Calaf manages to solve all three riddles but Turandot still refuses to marry him. So Calaf comes up with a bizarre challenge. If the Princess is able to guess his name before dawn the next day, she may execute him. However, if she can’t guess his name correctly, she must marry him. That puts the Princess in bit of a bind, and she declares “Nessun dorma” (None shall sleep) in the entire kingdom until Calaf’s name is discovered. If her minions are not able to come up with the correct name by morning, everybody will be executed. Calaf is rather hopeful that he will win this strange little wager, and begins to sing one of the best-known tenor arias in all of opera. 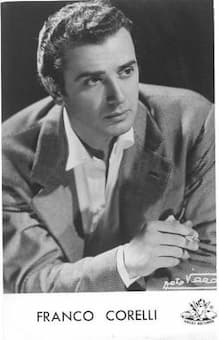 Luciano Pavarotti called Franco Corelli “the greatest dramatic tenor that ever lived.” So it is only fitting that we start this selection of best performances with him. Franco Corelli (1921-2003) was closely connected with the dramatic tenor roles of the Italian repertory. In his heyday he was called the “prince of tenors,” celebrated for his “powerful voice, electrifying top notes, clear timbre, and passionate singing style.” Audiences just loved him for his charismatic stage presence and his handsome features. Whenever audiences are enthralled, critics are not far behind. They found him “self-indulgent in terms of phrasing and expression,” acknowledging however, that “his performance possessed its own kind of logic.” And that’s certainly true of his drawn-out rendition of “Nessun dorma,” which I personally consider one of the best performances ever. 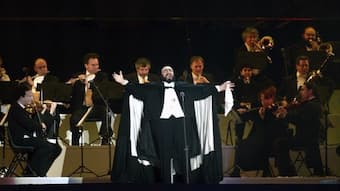 Speaking of Luciano Pavarotti. Regardless whether or not you enjoy his rendition of “Nessun dorma,” he is single-handedly responsible for making the tune as popular as it is today. There is no arguing about the fact that his voice has a remarkable quality, and it’s a sound that is instantly recognizable. In his best performances, he produces a remarkable security throughout his entire range, and Pavarotti is beautifully capable of producing the most delicious cantabile lines. Of course, his diction is flawless and his “vincero” at the end of “Nessun dorma” is simply spectacular. Some critics have suggested that in concerts of operatic arias and lighter materials that have become his principal activity in his later years, Pavarotti “makes much the same sound in whatever role he sings.” That may well be the case, but let’s not forget that by that time Pavarotti had become a brand. And he certainly turned “Nessun dorma” into cultural shorthand for opera. 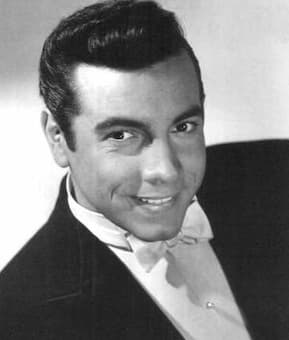 Pavarotti clearly wasn’t the first pop star tenor. That distinction probably belongs to the American tenor Mario Lanza (1921-1959). He studied to be a professional singer but did not appear on operatic stages with any kind of frequency. However, he had the looks, the voice and great acting talent and signed a multi-year film contract with a Hollywood studio. As such, Lanza was the first tenor to break through into popular consciousness. He was dubbed the “new Caruso,” and José Carreras paid tribute to Lanza during a worldwide concert tour, saying, “If I’m an opera singer, it’s thanks to Mario Lanza.” His rendition of “Nessun Dorma,” as part of the film “Serenade,” gives us a taste of his magnetism and vocal ability. At the time of his death in 1959 Lanza was still considered “the most famous tenor in the world.” 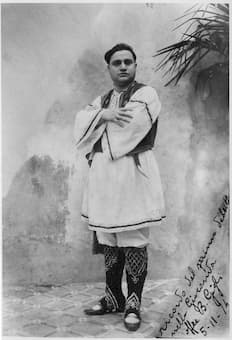 Beniamino Gigli (1890-1957) is widely regarded as one of the greatest operatic tenors of all time. He came to international prominence after the death of Enrico Caruso in 1921. Audiences called him “Caruso Secondo,” but he said that he much preferred to be known as “Gigli Primo.” While Caruso had a most powerful and heroic voice, Gigli’s voice, particularly during his early career, was known for “its beautifully soft and honey-like lyrical quality.” As he grew older, his voice developed some dramatic qualities, which enabled him to tackle heavier roles. Gigli was said to be overemotional during his performances, “often resolving to sobbing and, in some cases, exaggerations.” In the featured studio recording of “Nessun dorma” there is none of this exaggeration or theatricality. The focus is purely on the music, as a matter of fact, and I absolutely love the immense beauty and technical facility of his unique voice. 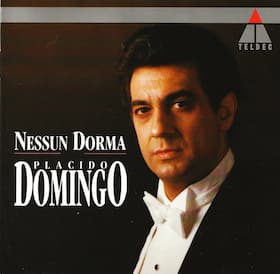 Placido Domingo (b. 1941) really doesn’t need any kind of special introduction. He has been around operatic and other stages for decades, and recorded over a hundred complete operas in Italian, French, German, Spanish, English and Russian. Astonishingly, his repertoire includes a massive 151 different roles. He sang his first Calaf in 1969 at Verona with Birgit Nilsson, and following his voice’s natural progression he has now turned towards the baritone repertoire. In fact, Domingo did start out as a baritone as he had always had a rich lower register. Throughout his career, Domingo’s “voice has been extremely attractive and quite individual in timbre, having considerable liquidity… The bottom sometimes has a trace of huskiness, which he often turns to coloristic effect.” There can be no doubt that Domingo possesses a combination of lyrical flexibility and dramatic power that allowed him versatility across the entire tenor repertory. And such is certainly the case in the featured performance of “Nessun dorma.” 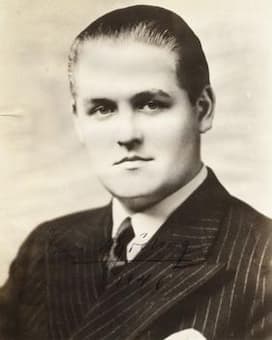 Puccini could definitely write a great melody full of growing passion and reaching for the stars; in a word, perfect tearjerkers. And for me personally, Jussi Björling (1911-1960) delivers the best performance of “Nessun dorma.” His vocal timbre had remarkable clarity and warmth, and his sound “excelled in its rare plasticity, suavity, and flexibility, and was at the same time saturated with succulent ardor.” His upper register was shining and resonant, the middle captivated with great flexibility. It’s no wonder that Björling was considered “the living embodiment of the bel canto tradition,” but without the usual emotional exaggeration. In his “Nessun dorma” he never interrupts the beauty of the phrase with declamation, exaggerated accents or a sense of melodrama. There is simply a concentrated narrative tone tinged with the emotions of a sleeping volcano. Everybody it seems has had a go at “Nessun dorma;” which performances do you like best?