Born in Moscow, the Russian pianist Nelly Akopian-Tamarina carries on an illustrious line of Russian Romanticism going back to Anton Rubinstein and Franz Liszt. A connoisseurs’ artist, she excels in repertory for which she has received the highest international recognition.

Here she recalls her training at the Central School of Music in Moscow where she rubbed shoulders with some of the “greats” of an earlier era, and her special attachment to the music of Johannes Brahms.

Who or what inspired you to take up the piano, and pursue a career in music?

Both my parents were musical. My mother would take me to opera and ballet at the Bolshoi. My father would read me Pushkin and dabble in Bach. But it was my mother principally who single-handedly executed her vision and dream for me to become a concert pianist, against all odds and obstacles. I really had no say in the matter when I started, but then I was only a small child. Subsequently I had every say!

Who or what have been the most important influences on your musical life and career?

Firstly, my teachers. Anaida Sumbatian at the Central School of Music [in Moscow], who opened up the beauty of music for me. The art of bel canto was central to her teaching: “sing Nellinka, sing,” she used to say. She produced Ashkenazy and Krainev. Then, Alexander Goldenweiser and Dmitri Bashkirov at the Moscow Conservatory. Goldenweiser, Rachmaninoff‘s friend, was a serious academic whose attention to the text was renowned. His recollections of having tea with Tolstoy regaled our lessons. He taught on the fourth floor, Room 42 – Scriabin‘s old studio. Young Bashkirov, at the start of his career, freed my imagination. I was his first student. 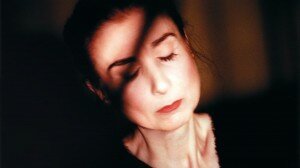 Then, the time and place I found myself in: the Golden Era of Soviet music. You’d meet Gilels, Oistrakh on the stairs, they’d stop to chat. Shostakovich would ask which button to press in the lift. A lift with Richter was another matter. One didn’t dare move, getting to the first floor was like an eternity … Sofronitsky kept his own counsel. He was worshipped. You could walk into anyone’s class – I’d often sit in on Neuhaus, Oborin, Rostropovich … their lessons were packed out, they went on for ever, no one watched the clock! We just drank it all in. We went from one concert to another. And what concerts! Our teachers were the icons of the stage.

We students were quite a crowd. So prodigiously gifted, so many destined for grand careers. Looking back there were also a lot from abroad. There was Radu Lupu, Peter Rösel, Dódý Tryggvason, Arthur Moreira Lima. And from England Liza Wilson, Allan Schiller … and, of course, Jacqueline du Pré, young, smiling and unforgettable . Love was everywhere. Radu was courting Liza. Dódý was hanging around with Vova [Ashkenazy]. Peter from Dresden had his eye on me. We supported each other and celebrated our victories. Krainev’s and Postnikova‘s at the Leeds [Piano Competition] are still fresh in the memory. Not to forget Nikolai Petrov arriving with his octaves from the Van Cliburn. Then there was Alexander Slobodianik, unbearably handsome, who never won a competition but stole my heart with Chopin.

To enter Brahms’ world. I recall playing the Intermezzi Op 117, the Op 79 Rhapsodies, and the F minor Sonata as a student. The real moment of connection, however, didn’t occur until much later, in the course of life in England. It stretched into a long passage of time, burdened with self-doubts. My affection for Brahms – Beethoven too – borders on reverence, not dissimilar to being overwhelmed within some gothic cathedral, unable to speak, equally, when admiring a fragile precious object from a distance, not daring to touch. Maybe it is imprinted on my Russian psyche to be in awe of Brahms and Beethoven, the defining gods of the great Soviet piano titans – Gilels, Richter, Yudina.

Which performance/recordings are you most proud of?

My recent Brahms CD for PentaTone. It’s especially pleasing that the production team managed to capture my sound, and the intimacy of my playing, so faithfully.

Brahms: Ballade in D major
Do you have a favourite concert venue to perform in and why?

I prefer old halls for their acoustic properties and aesthetic character. The Dvořák Hall of the Rudolfinum in Prague is one favourite. Then there is the Moscow Conservatory. And, of course, in London, the Wigmore. Of modern venues, the Queen Elizabeth Hall is particularly appealing, with a good choice of house pianos. When it comes to recording, nothing for me beats Snape Maltings, nor its very special atmospheric environment.

Who are your favourite musicians?

So few, so many! Bernstein and the New York Philharmonic, Moscow 1959. Cliburn winning the Tchaikovsky Competition in 1958: without permission, our class at the Central Music School left en masse to hear him play Rachmaninoff’s Third with Kondrashin. Russia adored him. We sat on the stairs. Ogdon’s Ondine at the Tchaikovsky Competition four years later. 1964 was special. Michelangeli in the spring. Then in October Rubinstein’s Chopin in the Great Hall of the Moscow Conservatoire. Much later, in London, I was fortunate to catch Celibidache standing in for Karl Böhm, conducting Brahms with the LSO. More recently, Barenboim’s Fidelio at the 2009 Proms.

When you sense that your playing has reached the audience. The hall goes still, the silence vibrates. Intimacy. It’s an immediate sensation, feeding one’s imagination. Every performer recognises it. So does the listener. A full diary doesn’t necessarily measure success. Communication does…

Be truthful to the page, to yourself, question why. Listen to the great masters, never copy. Perform with emotional honesty.

What is your idea of perfect happiness?

Happiness lies in expectation, in anticipation. Happiness is the journey, not the destination. Preparing a work, penetrating the text, letting my fantasy fly, give me my happiest hours.

What is your most treasured possession?

My piano, my scores, my books…