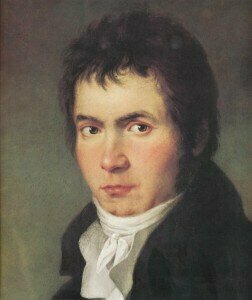 To her close friends she was simply known as “Babette,” but everybody else referred to her as Princess Anna Louise Barbara Odescalchi. That, of course, was her married name as she had wed Prince Innocenz Odescalchi in Pressburg, currently called Bratislava. When she became a piano student of Ludwig van Beethoven at the tender age of 16, she was still known under her maiden name, Countess Anna Louise Barbara Keglevich, daughter of Karl Keglevich and Catherine Zichy. The Keglevich family had been members of the nobility for two centuries, first in Dalmatia, and then in Slovakia. They lived in an enormous Baroque mansion appropriately dubbed the “Keglevich Palace” located at 27 Panska Street in Bratislava. Built in the first half of the 18th century, Beethoven visited that locality on 23 November 1796. Presently, just in case you are interested, the Keglevich Palace has been turned into a B&B, advertising its accommodations as the “Beethoven Apartment.” 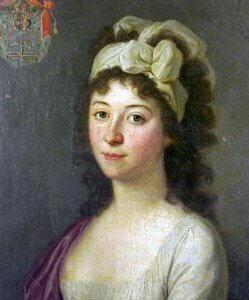 Once Beethoven had arrived in Bratislava, he played a couple of concerts at the Keglevich palace, and he continued to give piano lessons to the Countess. One of his biographers relates, “It was one of the whims, of which Beethoven had many, that, living as he did vis-à-vis, he came in morning gown, slippers and tasseled cap (Zipfelmütze) to give her lessons.” But what is more, Beethoven also composed several works for her, including the E-flat major piano sonata Op. 7. She must have been a formidable pianist, as Beethoven was not prone to suffer musical incompetence, even when he was in need of financial patronage. And it seems, that Beethoven was likely in love with Anna. Originally, according to his biographers, this sonata featured the inscription “Die Verliebte” (the Maiden in Love). We are not sure if Babette was in love with Beethoven or somebody else, or whether it simply refers to some of the highly lyrical themes in this composition. At any rate, when this “Grand Sonata” was published in 1797 it simply carried the dedication to Countess Babette von Keglevich.

Beethoven’s student Carl Czerny remarked, that Op. 7 instead of Op. 57 should rightfully be called the “Appassionata.” As such, Czerny established a connection between the “passion” in the music of the 26-year-old Beethoven and the 16-year old dedicatee. It’s all a big mystery, as we can only speculate whether Babette’s father commissioned the work from Beethoven for his daughter and “secured the exclusive rights six months,” or whether Beethoven decided to dedicate the piece to his piano student for very personal reasons. However, the Sonata Op. 7 is not the only work to carry a dedication to Countess Keglevich. He also appended her name to his Piano Concerto No. 1 in C major, Op. 15. 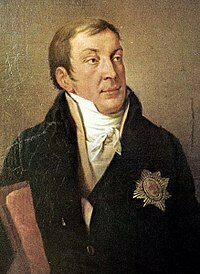 During his first decade in Vienna, Beethoven busily cultivated a circle of potential patrons. He had reasonable success in gaining access to influential aristocrats, even serving as piano teacher to some of them, and quite a few sponsored him in piano recitals at their impressive homes. In 1795, Beethoven was living as a houseguest of Prince Carl Lichnowsky, one of his most important patrons. Beethoven premiered his C-major concerto on 18 December 1795 in Vienna, but possibly inspired by his visit to Bratislava and his young muse, embarked on a series of revisions in 1796/97. In the event, Beethoven delayed publication until 1801, and highly self-critical wrote that this concerto “does not rank among the best of my works in this form.” At the time of publication, Beethoven was actually already working on his 3rd piano concerto in C minor, yet he had long decided to dedicate his No. 1 to “Babette.” Sandwiched between the Op. 7 Sonata and the First Piano Concerto Op. 15, is a small set of variations on a theme taken from a Salieri opera, which also bears a dedication to the Countess von Keglevich; I’ll tell you more about that work in an upcoming episode of “At the Center of the Universe.”