Artists Interviews
In touch with Vladimir Ashkenazy
“I Believe in Destiny”
by Jenny Lee April 11th, 2014 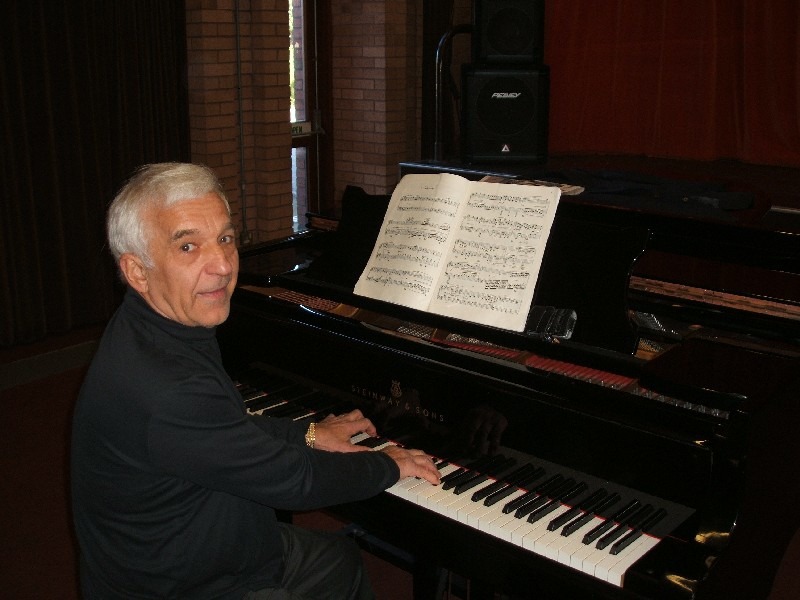 Vladimir Ashkenazy has it all. He won prizes in three major piano competitions – Chopin, Queen Elizabeth and Tchaikovsky. He recorded the complete piano works by Rachmaninov, Chopin and Schumann; the complete sonatas by Beethoven, Scriabin; the complete piano concertos by Beethoven and Rachmaninov. And the list goes on. However, midway through his career as an international pianist, he branched out to be a conductor. Since then, he has been conducting the world’s greatest orchestras; this month, he leads the Hong Kong Philharmonic in a programme of Elgar and Mussorgsky, bringing his own arrangement of Pictures at an Exhibition. Here, he tells you that piano is not his greatest love and that he never has to plan his career.

In this concert with the Hong Kong Philharmonic, you are bringing a much loved work by Mussorgsky, Pictures at an Exhibition. What is your view on the composer and his work?

Mussorgsky was a very gifted composer, who died very young. He drank too much. His output was very limited. He could not finish the opera, Khovanshchina, which Rimsky tried to finish. He was quite poor. Repin painted a picture of him, in which his nose was red and not in very good cloth. But he was a genius. I admire this natural gift in Mussorgsky very much. Pictures at an Exhibition sounds very good on the piano. Mussorgsky was a pianist and he understood what the piano could do. It was in 1922, Serge Koussevitzky, who was Chief conductor of the Boston Symphony, asked Ravel to orchestrate it. It sounds very attractive, but it sounds like French music, not Russian music. We Russian often look down on it; it is not very often played in Russia. So I decided to orchestrate it myself and I think mine sounds Russian.

What makes it Russian in your orchestration of Pictures at an Exhibition?

First of all, I make it heavier. For instance, in the ‘Bydlo’, it pictures peasants working very hard in the field, very poor. Ravel gave the tune to tuba. For me, tuba sounds almost comical there. I don’t understand. Peasants suffer from their work and complain to the world that they are so poor. Tuba sounds very attractive for the performance, but it doesn’t sound true. So I gave it to four horns, which sound very dramatic. Another example, in the Jewish piece, ‘Yiddish, Samuel Goldenberg and Schmuÿle’, Ravel gave the trumpet to the poor Jew. I can’t understand why. The Jewish instrument is the violin of course, so I use violin solo. Violin sounds Jewish and trumpet just sounds brilliant. Why a poor Jew sounds brilliant? I don’t know. And Ravel also omitted one number, a few bars here and there. I think it’s not fair as you should be true to Mussorgsky. 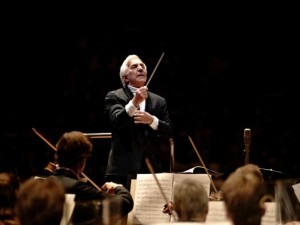 Apart from conducting major orchestras in the world, like Sydney Symphony, Philharmonia Orchestra and NHK Symphony etc, you are also Music Director of European Union Youth Orchestra. What is your advice for young musicians?

First of all, it’s your love and affection for music. Do your best to become a professional musician. Understand yourself. See what you can do. If at some point you see that although your love for music is enormous, the ability to produce something is not as effective as you might want, don’t get too disappointed, just be a musician in any case; not everybody can be a genius, like Heifetz or Rachmaninov, you know. If you get terribly absorbed by the desire of making a fantastic career, that can be sometimes negative. Be true to music! Do your best! Whatever happens, happens. Love should be there, and should be nurtured.

Which conductor do you enjoy playing with?

It is difficult trying to single out anyone because you learn from many people. But I can tell you that I enjoy very much playing with Zubin Mehta, Daniel Barenboim – I played two pianos with him; Bernard Haitink – a good friend of mine, I played with him many many times and we made recordings too, a wonderful man, a wonderful musician; André Previn – grateful to him for many many years of collaboration, very inspired by him; Colin Davis – I like playing with him very much, so intense; Karajan I played once with and Klemperer once, both were unforgettable. With Claudio Abbado I played two or three times, absolutely wonderful.

What makes it so wonderful playing with these conductors?

You have done almost everything, performing piano, conducting, recording, etc. Do you have any plan for the future?

I live my life without wanting to achieve anything particular. It’s my mentality. I started playing piano when I was six. My father was a pianist, but not serious pianist, light music one. He never taught me. My mother was an actress. She asked me one night if I wanted to be a musician. I was falling asleep and I said, ‘Yeeesss…’ ‘What do you want to play?’ I said, ‘piaannoo..’ and I felt asleep. The next day she took me to a piano teacher. That’s how I started. But I never tried to make a career.

What about taking on a path of being a conductor? Did it happen by chance too?

I never thought that I would conduct in my life, although the orchestra is my greatest love, much more than the piano. In my class at the Central Music School in Moscow, a classmate of mine asked me if I wanted to come to a concert in which his father was the second violin. It was a Sunday afternoon. He took me there. It was a Tchaikovsky symphony. I was totally overwhelmed. I was 8 years old. From that point on, orchestral music was most important. I started going to mostly orchestral concerts, occasionally going to concerts of Richter or Gilels. My father-in-law was a conductor of a small orchestra in London. He knew of my love for orchestral music and asked me to conduct his semi-amateur orchestra. I said, ‘Oh! I cannot conduct.’ He said he would teach me. I did half of the concert, terribly badly of course, because I never studied how to move my arms. Later on, I started little by little. Some people found out that I conducted a little bit and invited me here and there. I was terribly shy. I never have proper lesson. Even now people very often say that I am not really a conductor. Well, I manage to make the orchestra play together and manage to play in the way I feel. I have several good relationships and I conduct several world-class orchestras. I enjoy myself tremendously. I am grateful for my destiny.

It is interesting how you let your life unfold, without any concrete plan.

I think I am lucky that I never have to plan my career. But can you really plan your life? Can you really find a person who plans it and gets exactly what he/she has planned? I don’t think you will find one. I think you can envision something, but don’t think – I must do this, I must do that, I must be successful at this. How do you know if you will be? I try to do my best with whatever I have to do now and see what happens. That’s all.