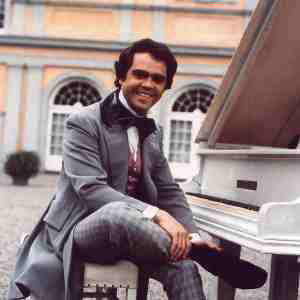 Frédéric Chopin was not only one of the greatest pianists the world has ever known, he also left the finest body of music for his instrument. “In my music,” he once remarked, “one can divine the restlessness of the artist.” Often called the “poet of the piano,” Chopin’s romantic intensity amply reflected in his music. As such, it became the starting point for an enormous number of interpretations and transcriptions. The polish pianist Leopold Godowsky (1870-1938) had one of the most perfect pianistic mechanisms of all times. His piano compositions and arrangements are unique, and their contrapuntal complexities and elaborate detail make them extremely difficult to perform. In all, Godowsky fashioned a set of 53 arrangements of Frederic Chopin’s etude, with scholars calling them “the most impossibly difficult things ever written for the piano.” How difficult are the Godowsky Chopin studies? Until this present day, only three pianists—Geoffrey Douglas Madge, Marc-André Hamelin and Carlo Grante—have recorded the entire set! One of the most popular Godowsky studies simultaneously combines Chopin’s “Black Key” étude of Op. 10 with the “Butterfly” étude of Op. 25. 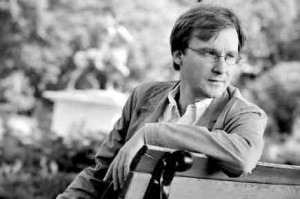 Oscar Wilde famously wrote, “After playing Chopin, I feel as if I had been weeping over sins that I had never committed, and mourning over tragedies that were not my own.” For Wilde “music creates a past of which one has been ignorant, and fills one with a sense of sorrows that had been hidden from one’s tears.” Wilde did not play the piano, but he was ever so cognizant of the romantic longing encoded in Chopin’s music. The same can be said for the contemporary French composer Franck Krawczyk, born 1969. Krawczyk has always cultivated friendships with artists from other disciplines. As a result, his works create unpredictable fusions between music and other art forms. Among his best-known compositions are works based on Mozart’s Magic Flute, J. S. Bach’s St. Matthew Passion, and this deeply moving choral composition Lacrimosa (Tears) based on Chopin’s Étude Op. 10, No. 6.

Franck Krawczyk: Lacrimosa (after Chopin Étude in E-flat minor, Op. 10, No.6)
But Chopin is not all weeping and tears! Certainly not in the hands of the Romanian-German jazz pianist Eugen Cicero. He started his piano studies at age four, and publically played his first Mozart piano concerto with orchestra at age six! For one reason or another, Cicero did not pursue a career as a conventional concert pianist. Rather, he got interested in jazz and started to experiment with a musical style located halfway between the classical and the jazz idiom. He was soon dubbed “Mister Golden Hands,” and he produced over 70 recording over his career. His most popular disk was called “Swinging the Classics,” and it included an arrangement of Chopin’s Waltz Op. 64, No. 1. 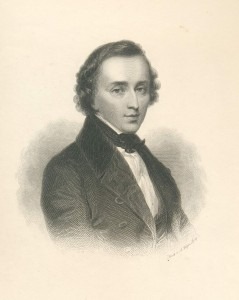 Chopin almost exclusively wrote music for the piano. He is the only iconic composer who did not write symphonies, operas or choral works, and only a handful of compositions involves other instruments. Among his nearly 200 compositions, we find 169 for solo piano. Yet surprisingly, the composer seems to have been in love with the sound of the guitar. According to a quote attributed to him, “nothing is more beautiful than a guitar,” he writes, “save perhaps two.” Taking Chopin by his word, the Spanish composer and classical guitarist Francisco Tárrega (1852-1909) enlarged his performing repertory by fashioning transcriptions of piano works by Beethoven, Mendelssohn and Chopin. Although Tárrega was not the first guitarist to transcribe works from other media to his own, he nevertheless managed thanks to Chopin, to elevate the guitar to the comparable status of the piano and violin in the concert hall.

Chopin’s music prominently features in the repertory of the greatest classical pianists. But what’s more, these pianists frequently like to play their own Chopin arrangements as encores. Please join us next time for some musical fireworks a la Chopin.