Playlists
How I Fell in Love With Classical Music
by Interlude Writers March 5th, 2021 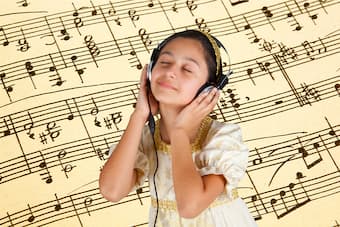 How did you fall in love with classical music? We did a survey of our writers to find out what they considered their top musical pieces, composers, or performers, starting with the work or performance that made them seriously fall in love with classical music. Our contributors come from all over the musical map – professional performers, students, professional music historians, musical innovators, and lovers of music – but all of them with the ability to write about the subject they love.

Grigory Sokolov has been my favourite pianist since I first encountered classical music. I still remember how impactful it was to me when I accidentally clicked on this video. What struck me the most was his astounding virtuosity, immaculate refinement, enormous passion, and exceptional control over the keyboard. This performance captivated me from the very outset and immediately allured me to the world of classical music. As I wrote in a review – Grigory Sokolov, what a musician.

The composer who made me fall in love with classical music was La Monte Young. Purely for the ridiculousness of it all, and how Young acted as the bridge between the worlds of experimental art and popular culture. Young is still an unsung hero when we think of 20th century American minimalism, but his influence with the Theatre of the Eternal Music, alongside Billy Name and John Cale, directly ties to the world of Andy Warhol in the Factory days, with countless other greats indebted to his work. This piece in particular, The Well-Tuned Piano, with the heavily bearded and fantastically dressed Young improvising for several hours on an out-of-tune piano is the pinnacle of ‘so strange it’s genius’, and proof classical music still has a seat at the inspiration table.

Tchaikovsky’s Concerto for Violin made me fall in love. This piece is a prime example of how rich classical music is. I have written about this concerto many, many times in the past. To me, it has everything; the association with Russia, the feelings, passion, tenderness, and strength of the Russian culture, but it also has beautiful orchestral writing and virtuosity and divine melodic material. It displays Tchaikovsky’s talent at balancing tension, release, and climax.


My first exposure to classical music was at the age of two, unbelievable as it would seem. The experience that carved out such an indelible impression was not in the music itself, but instead, my mother’s relationship with it. To clarify, she was the dearest person in my life, but at the same time, the most forlorn. Naturally at that delicate age, I was easily overwhelmed by her acute sensitivities and emotional turmoil. However, I soon discovered that her saving grace (and mine, too) was her intimate connection with the piano. Making music always transported her out of melancholy, and consequently offered me much needed comfort and escape. I remember feeling fortunate to accompany her to her weekly piano lessons, because the moments she performed for her piano teacher, were her happiest and most fulfilled. Chopin’s Nocturnes always succeeded in bringing her out of her blues. Therefore, all through my childhood, I was grateful for the magical powers of Chopin.

On the evening of August 22, 2002, I’d just turned thirteen. I’d been playing the violin for a few years, flirting with classical music but never falling head-over-heels in love with it. That night, though, Wisconsin Public Radio broadcast a live performance of James Ehnes soloing in the Tchaikovsky violin concerto, playing with the Peninsula Music Festival Orchestra and Victor Yampolsky conducting. It had no right to be the greatest performance of the Tchaikovsky concerto I’ll ever hear, but it was. Thank God I was recording the broadcast on a cassette tape. In the months and years to come, I wore that cassette tape out. I memorized every phrase. I still don’t understand why it captured my imagination: something about the soloist and orchestra’s fiery sense of propulsion, I guess, and the concerto’s unabashed, overwhelming sentimentality. Nowadays, the Tchaikovsky concerto is low on my list of favorite concertos. (In part because for my money, nobody – including Ehnes himself in his eventual studio recording – recaptured the electricity of that live broadcast.) But queue up that cassette tape, and I will drop everything to be there, listening and loving it even more than I did the first time it beamed into my life.

I grew up in a household where classical music was heard and played a lot. My parents enjoyed concerts and opera and listened to music on the radio and on LP. And my father, a fine amateur clarinettist, played in a local orchestra and often practised at home. As a child, I remember falling asleep to the sound of him playing the slow movement of Mozart’s Clarinet Concerto, and I think this is probably the piece that made me fall in love with classical music.


As long as I can remember, classical music was part of my life. My father was a competent pianist, my mother an amateur violinist, and there was always a good deal of music making in the house. I started taking piano lessons early, but it was governed by a sense of duty rather than real excitement. All that changed one very special evening when my parents took me to the opera. Mozart’s Magic Flute seemed an incredible mix of comedy, seriousness, and fairy-tale make believe. And what is more, the entire spectrum of emotions is encased in seemingly perfect music. On that evening—and particularly during the “Queen of the Night” aria—I truly fell in love with classical music, and I have never looked back.

Mozart: Queen of the Night – The Magic Flute

When stricken by music – a purely aesthetic experience since music refers to nothing but itself – we want to sing and dance along. With their masterful blend of folk, religious and courtly influences, Baroque composers still awe and inspire. Most famously, François Couperin‘s harpsichord pieces – favourites of Bach, Handel, Brahms, Debussy, and Ravel – are known to revive rusty fingers and flagging imaginations. From an era seething with musical genius, the insightful touch, phrasing, and registration of pianist and harpsichordist Wanda Landowska (1879-1959), “the grand Dame of our time” according to Cortot, fully reveals their brilliance.

For the longest time, I thought classical music was boring. My parents took me to various classical concerts, but the atmosphere was always so serious, and some of the music tended to go on forever and ever. My attitude really didn’t change when my parents made me take piano lessons; all these boring scales and silly little exercises. But when I found Yuja Wang on YouTube, I seriously fell in love with classical music. And it’s not just the music, but here is a modern, sexy, and confident Asian woman communicating the music of the past with new and invigorating excitement.

I’m always moved by the poetic and exquisite lyricism of American composer Samuel Barber’s Violin Concerto. Although his Adagio for Strings is better known, I believe the concerto exemplifies the best of classical music with its divine opening melodies. The oboe introduces the sublime second movement Andante theme. Then listeners are brought to the edge of their seats during the exhilarating, virtuosic finale. Augustin Hadelich, one of my favorite violinists, performed the concerto without an audience last November after being quarantined for months like the rest of us. The lush and impassioned performance is utterly compelling.

When I realized that classical music was more than that stuff my parents played on Sundays as we lay around on the floor reading the New York Times, I discovered program music and particularly, the program in Beethoven’s 6th symphony. That you could hear the story he was telling was a revelation to me and drew me deeper into classical music.


The music of Johannes Brahms is so richly coloured and emotionally intense that it is hard not to be able to identify with any of his works. I am particularly drawn to his Piano Concerto in D minor. The noble opening of the first movement, its lush harmonic language, the impulsive and dramatic mood, and its abundant lyricism are just some of the qualities I find captivating. The more introverted second movement offers not only respite but also a chance to both reflect and fantasise. The key changes in this movement are sublimely magical! The last movement juxtaposes an energetic rondo theme with sweeter and more coquettish themes, and it also includes a stoical contrapuntal passage, a highly charged cadenza, and a majestic coda. There is much in this concerto to which we can relate in real life: drama, passion, moments of vulnerability, of hope, and of wonder. This is the sheer beauty of classical music.

Generally, anything by Ravel leaves me with all the feels – wonder, awe, inspiration, love, sadness, longing, and everything in between. Daphnis et Chloé was my Ravel gateway drug, but since then have discovered some of his smaller-scale pieces that never cease to amaze me. For me, Ravel’s Trois Poèmes de Stephane Mallarmé is a pure, beautifully distilled essence of everything there is to love about his music: fleeting, subtly changing colours, beguiling yet pure harmony and a wash of emotion cloaked under a shimmering glassy exterior.


When trying to convert music philistines to the admittedly inaccessible art form of opera, I choose the one sure-fire, easy-access and overwhelmingly captivating example: Giacomo Puccini’s La Bohème. Plot, characters, sets (usually) and above all the music blend together to create a singularly bewitching concoction that proves impossible not to fall in love with. The first act’s two big arias, where the protagonists first meet, Che gelida manina and Mi chiamano Mimi provide the most irresistible, heart-warming and piercing personal introduction ever written. Even complete operatic neophytes fall under the spell of this opera. And with that, I fall in love with this art form all over again.

The memory of how I fell in love with classical music is as clear as the nose on my face. It was the first time I heard Pavane pour une infante défunte (Pavane for a Dead Princess) by Maurice Ravel, in my teens. Today, there are so many versions of this masterpiece that it is hard to choose which adaptation I like the most, but I always keep coming back to the solo piano version. I have never wanted to learn how to play this dance. I don’t want to see the notes and lose the mystery and the spell that this piece has over me.


How did you fall in love with classical music – was there a particular work, a certain performance, a new kind of feeling you found?