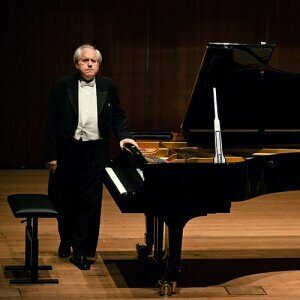 Hailed as one of the best living pianists in the world, Grigory Sokolov offered a magically sublime and absorbing concert experience to the 1,700 audience in Helsinki Music Centre (Musiikkitalo) on 14 June 2018, with a programme of Haydn and Schubert.

Sokolov presented three Sonatas by Haydn (No.32 in G minor, No.47 in B minor, No. 49 in C-sharp minor) without any break, which implied that Sokolov may think that the sonatas are interrelated. When Sokolov hit the first note, I simply wondered – how could one create this sound from a piano? This may sound exaggerated, but it wasn’t. Throughout the sonatas, the distinctive “Sokolov” tone was displayed. When one thought that Sokolov had explored the extreme possibilities of tonal colours, he always had more to offer. Every note was fully embodied and carefully weighed, with a pleasing balance of chords; and every phrase was beautifully crafted, but the spontaneity was always there with a strong sense of melodrama and architecture. A multitude of touches was present, coupled with miraculous dynamic design. The dynamic layering towards the end of Haydn Sonata No.49 was particularly impressive. The only criticism one could make is the few minor slips, but it did not impede artistic delivery.

After the Haydn sonatas as a starter, the main course, Schubert Impromptus Op.142, D.935, was delivered by Sokolov, which sent the entire audience at Helsinki to another world as if time had stopped. 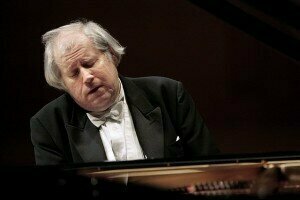 For Impromptu No.1 in F minor, which was in a rondo form, Sokolov gave a moving rendition with a steady sense of pace. In particular, the section with antecedent and consequent phrases both played by left hand was highly expressive, conveying the transcendental sorrow in Schubert’s inner emotional world. Some audience members (including me) were nearly moved to tears. Simply otherworldly playing from Sokolov.

In Impromptu No.2 in A-flat major, Sokolov interpreted it as a yearning for love, remembrance with a singing tone. There was a gradual build-up towards the climax, and the remorse and regret in the coda was, again, effectively conveyed to the audience.

The sense of continuation and structural integrity was always evident in Impromptu No.3 in B-flat major, which consisted of theme and variations. The transition between variations was so smooth under Sokolov’s hands that the musical flow was never interrupted. The melodic line was “sung” with a sweet, sonorous tone, while the poignancy and bitter-sweetness in the frequent modulations was expressed effectively.

Impromptu No.4 in F minor was addressed with a strong sense of pulse, and the technical difficulties, such as rapid thirds and broken chords, were tackled effortlessly by Sokolov with a sense of excitement. No one could have imagined how the scale runs (like those in No.3 and 4) could be shaped so gorgeously with such diversity in articulation. Even the strongest superlatives would not be able to fully capture the beauty of his playing.

Chopin: Prelude No. 15 in D-Flat Major, Op. 28, No. 15, “Raindrop”
Sokolov is known for being generous with encores (usually six), and in Helsinki it was no exception with more than half of the audience members giving standing ovation. He presented Schubert’s Impromptu in A-flat major, Op.90 No.4 as the first encore. The interesting modulations and the melodic line embedded in left hand were, of course, meticulously planned and executed. Rameau’s Le Rappel des Oiseaux provided a perfect opportunity for Sokolov to showcase his finger dexterity with neatly executed ornaments. Then, it came to Schubert’s Hungarian Melody and Chopin’s Prelude Op.28 No.15 in D-flat major. Each of them represented different world, but they were equally musically persuasive. The final two encores are Scriabin’s Prelude Op.11 No.4 in E minor and Debussy’s Prelude Book 1 No.6 “Des pas sur la neige” – which conveyed a sense of somberness and desolation.

It is, really, piano playing at its best. Grigory Sokolov, what a musician.