Artists Interviews
Not My First Quarantine: An Interview With Martin Ng
by Maureen Buja March 4th, 2021 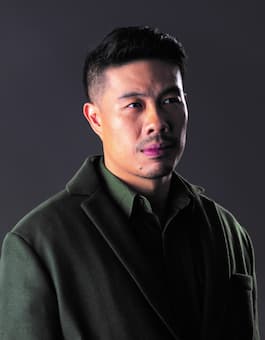 The prospect of putting on an opera these days has been more than many opera companies can face. The National Kaohsiung Center for the Arts, known as Weiwuying, in Taiwan, however, has been able to forge ahead with getting operas on stage with audiences in the seats. China has been doing this as well, but only up to a mandated 75% capacity – Weiwuying was already at full capacity ever since its first pandemic-era production of Turandot last August.

Next up (from 18 to 21 March) is La Traviata, that tale of a father seeking the best for his son, but then realizing, too late, that he wasn’t considering all aspects of the situation. Baritone Martin Ng will be singing the role of Germont. Mr. Ng was born in Singapore and did his training in Italy at the Conservatorio dall’Abaco in Verona. 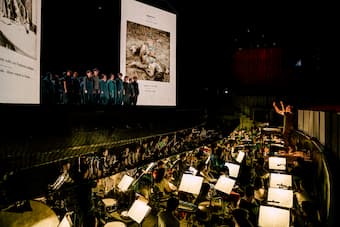 Britten’s War Requiem, co-produced with ENO, was presented at Weiwuying on February 28 and March 1, 2020.

We spoke with Mr. Ng between rehearsals at Weiwuying. His stage debut was at the Maggio Musicale Fiorentino as Sleep and Corydon in Purcell‘s The Fairy Queen. Since then, operas he’s appeared in have included leading and supporting roles in Der Kaiser von Atlantis, Pagliacci, Turandot, Der fliegende Holländer, L’elisir d’amore, Aida, Parsifal, Tosca, and Carmen. 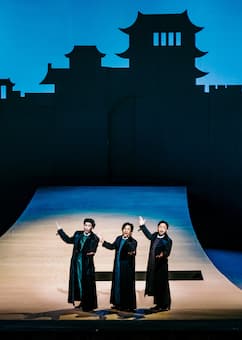 Just before the pandemic lockdown, Mr. Ng was the baritone soloist in Britten’s War Requiem at Weiwuying. A production of English National Opera, the requiem was taken out of its church setting (it had been written in 1962 for the consecration of the rebuilt Coventry Cathedral) and staged in a more operatic mode. When this was produced at Weiwuying, this dramatic version, in Mr. Ng’s opinion, made it a better piece. By adding visuals, the audience was better able to connect with this great choral work.

When the pandemic halted all work and he moved, as we all did, online to give lessons, he took the free time to work on his voice and new repertoire. 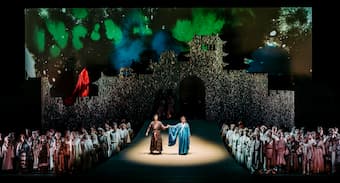 We discussed Weiwuying’s Turandot, a collaboration with Deutsche Opera am Rhein, and what it meant to perform this rather crude European vision of Asia in Taiwan. He played the role of Ping (of the trio of Ping, Pang, and Pong). Whereas many Western productions portray these three ministers as almost commedia dell’arte characters, in Taiwan they were played as real people. Not just three ministerial advisors but three political characters with their own stories. In Act II, where they recall the natural beauties of their homes in the countryside, they have their own stories.

And now, coming up in March, Mr. Ng is back in Taiwan for a production of La Traviata. He declares that Germont is his favorite role and the trick to the character is to capture his lyricism but still preserve his underlying skepticism. In his entrance in Act II, Germont is not at all sympathetic with Violetta and is very concerned with how to extricate his son from a problem situation. He achieves his goal of getting Violetta to leave Alfredo, but by the end of the opera, realizes that he may not have understood the whole story. 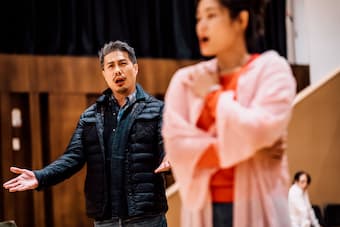 In order to be on the stage at Weiwuying, Mr. Ng had to start with a 14-day quarantine. He was taken directly from the airport to his quarantine hotel, tested on day 14 and then moved to his regular hotel, where he had to do another 7 days of self-monitoring. On stage, the singers are maskless, but the stage crew and everyone else are masked. Audiences are required to be masked, have their temperatures taken upon arrival, and fill out tracing forms (if the theatre doesn’t have their credit card information already).

The staging, created in 2016, is a contemporary backdrop, with parties more decadent and clothes more revealing than your standard 19th century setting. 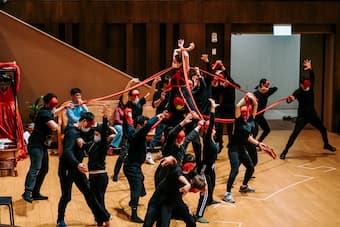 Rehearsal with dancers (for the party scene in Act II, La Traviata) last month.
They all wore masks as a safety measure.
© National Kaohsiung Center for the Arts (Weiwuying)

Following La Traviata, Mr. Ng returns to his hometown of Singapore to take up a new role as Nick Shadow in Stravinsky’s The Rake’s Progress. This production will probably be solely streamed, as Singapore is not yet up to live performances. At the end of the year, it’s The Barber of Seville in Taichung.

That’s the life of an active up and coming baritone these days. We commiserated on the baritone problem in opera of always having to be the bad guy, or the best friend but rarely the leading man who is on top of the winning situation. We wish Weiwuying the best in maintaining full capacity productions and hope it’s the promising beginning to the new opera season.